Carbon Tax and Contractual Implications for Businesses in Singapore 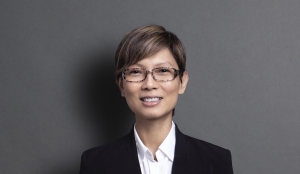 Singapore is the first Southeast Asian nation to introduce a carbon tax regime, and the Carbon Pricing Act came into effect in January 2019. The current carbon price is S$5 per tonne of greenhouse gas emissions (tCO2e) until 2023, and it was set to increase to between S$10 and S$15 per tonne by 2030. However, the Singapore Government ("Government") has recently announced that this price is still too low, taking into account the potential for green electricity import and the modest trajectory for the adoption of more renewable energy.

A revised carbon tax rate for 2024 will be announced in next year’s Singapore Budget to reflect the cost of carbon emissions, and the Government will also give businesses an indication on the rates they can expect up to 2030 to take out the guesswork so that they have time to prepare for and to adjust to the revisions. The Government aspires to harness carbon tax to effectively influence investment decisions to decarbonise as this tax will hit hard on corporate bottom lines. The carbon tax will complement Singapore’s extensive efforts to reach net-zero emissions to avoid the harshest impacts of climate change; this currently includes the exploration of the use of hydrogen fuel cells and carbon capture and sequestration ("CCS") technologies.

Needless to say, most companies, even large corporations, or enterprises, will not be absorbing the cost of the carbon tax but will be seeking to pass on the cost to consumers or downstream parties. Ultimately, contracts will have to be adjusted and recalibrated to achieve a fairer outcome for the contracting parties involved. Early preparation is key to ensuring that contracts remain commercially viable after the tax increases kick in.

A carbon tax is a fixed fee levied on the burning of carbon-based fuels. The carbon tax applies to companies that emit more than 25,000 tonnes of GHGs per annum, at a rate of S$5 per tonne. With the impending increase in the carbon tax, all businesses should be mindful of how their purchase and supply contracts are framed on this issue so that the burden of paying for the carbon tax and any tax increases is clear. Long term contracts can rarely be varied without mutual agreement, so proper engagement and negotiations will be required to assess the impact of the tax and to allocate the burden of the tax payment and increment.

There is a fair amount of (unwarranted) optimism that existing definitions of “taxes” in contracts will capture “carbon tax”. In general, “carbon tax” should refer to the aggregate of all taxes, rates, duties, levies, fees, charges and assessments whatsoever, imposed, assessed, levied, or charged against or in respect of the associated greenhouse gas (GHG) emissions from the contracted supply, consumption or activity, and levied against the relevant contracting party by the National Environment Agency or any relevant authority.

Rather than leave it to the generic “tax” provision, there is an increasing incidence of parties taking a more prescriptive approach in their contracts and specifying the responsibility for carbon tax payment and ancillary issues, like carbon credits. For instance, it may be possible for a customer to stipulate that the supplier shall be solely responsible for (a) bearing any and all carbon tax or tax liabilities related in any way to greenhouse gas emissions and (b) purchasing at the supplier’s cost, any carbon credits that would in the future be required for the supplier to perform its contractual obligations.

For contracts that do not allow pass-through of any tax or carbon tax, the “taxable facility” (carbon emitter) will generally need to negotiate for a written contract variation or supplement to pass through the carbon tax. It should be noted that carbon tax is subject to goods and services tax (GST) as well, which is frequently neglected in the documentation. If the carbon tax is to be passed through, specific and clear language should be stipulated, and any defaults in payment possibly linked to default interest or other financial consequences.

Following from the examples of other jurisdictions, a carbon tax may well also creep into the common industrial lease or tenancy; with landlords of factories and facilities potentially incorporating carbon tax into part of the operating costs of the buildings, and therefore charging this to the tenants as part of the service charges or rent component of the lease.

With the anticipated increase in the carbon tax, the parties should ensure that the contracts cater to the effects of such increase, and a well thought through contract may also deal with any caps in the increase or sharing of the increase to prevent runaway costs and unbudgeted liabilities. In some cases, suppliers have already begun to include a discretionary right to increase pricing where there is an increase in the cost of supplying its products and services arising from any legislative requirement which may be imposed on the emission of greenhouse gases or any increase in carbon tax. The customer should, in this case, query the meaning of any increase in cost. For instance, the customer may negotiate to confine cost to direct cost or outgoing cost, which is incurred by the supplier in the supply of goods and services, exclusive of profits or common overheads. Verifiable evidence should also be furnished ahead of any price increase.

It is likely a good time to review ongoing agreements or template contracts to consider the impact of the carbon tax on the financial risks of entering into the contract. Long term contracts may need careful drafting against the burden of bearing the carbon tax and any subsequent tax increases. Any price increase in the cost of supply of goods or services will also require a specific contractual agreement.

At the same time, there are also opportunities for synergistic collaborations where emissions can be curtailed and carbon credits shared. The increase of carbon tax is likely to lead to a reallocation of financial burdens and consequent adjustments in contractual terms in the near future.