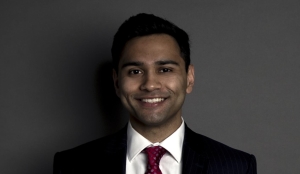 In August, 7-Eleven Stores Pty Ltd (7-Eleven) agreed to pay $98 million to settle two class actions filed against it in the Federal Court of Australia by franchisees.

The applicants in the class actions alleged that 7-Eleven had engaged in misleading or deceptive conduct under section 18 of the Australian Consumer Law (ACL), violated the Franchising Code of Conduct (Franchising Code) and another industry code, breached various contractual provisions, breached an equitable obligation to account in respect of rebates, and engaged in unconscionable conduct.

Claims made in the class actions

The representative parties in the class actions alleged that 7-Eleven engaged in misleading or deceptive conduct through its pre-contractual representations and disclosure. This included in representing in the franchise disclosure document that it “does not receive rebates from any supply of goods it makes to Franchisees of its branded or proprietary goods”, “Rebates paid to the Franchisee by third-party suppliers are applied entirely towards marketing and promotional expenses or are otherwise shared with Franchisees” and “The Franchisee is not required to make any periodic or other contributions to any marketing or other co-operative fund”. It was alleged that each of these statements was misleading or deceptive. It was alleged that 7-Eleven induced them into entering franchise agreements by making misrepresentations about the following matters:

(a) the business opportunities afforded by operating a 7-Eleven store;

(b) the profitability of the stores;

(c) the accuracy of the labour costs in documents and records supplied to prospective franchisees;

(d) the average wages that a franchisee would have to pay to operate their store in compliance with employment awards;

(e) the need for franchisees or their principals or family members to work without remuneration or at rates below employment award rates for an unreasonable and/or unsociable number of hours per week; and

(f) the choice available to franchisees of suppliers and merchandise from which they could choose product lines to offer at their stores.

Similarly, it was alleged that 7-Eleven failed to comply with its disclosure obligations under the Franchising Code. For example, it was claimed that 7-Eleven failed to include details of whether it will receive a rebate or other financial benefit from the supply of goods or services to franchisees, and whether any rebate or financial benefit would be shared with franchisees. Further, it was alleged that 7-Eleven did not provide information on how much franchisees are expected to contribute to a marketing or cooperative fund, and the fund’s expenses for the last financial year.

It was also alleged that 7-Eleven breached various terms of the standard-form franchise agreement including that 7-Eleven’s inventory practices regularly prevented franchisees from purchasing stock items from wholesalers other than certain “C-Stores”, and the prices exceeded the prices at which franchisees could have purchased the items from alternative independent wholesalers and/or the prices which 7-Eleven could have reasonably obtained using its best endeavours. It was further alleged that 7-Eleven had failed to account for the full amount of supplier discounts applicable to stock purchased by the class action group members.

Claims were also made that 7-Eleven engaged in unconscionable conduct in relation to the allegedly excessive hours franchisees spent operating their stores in order for the stores to operate.

Subject to Court approval, the parties have agreed to settle the class actions for $98 million and have signed a deed of settlement and release. Under the terms of the settlement:

(a) the class actions will be dismissed, and the parties will provide mutual releases;

(b) 7-Eleven denies liability and makes no admission as to liability; and

(c) payment of the settlement sum is all-inclusive of legal costs and disbursements, and the commission of the applicants’ litigation funder in the amount of $24,500,000. 7-Eleven will bear its own costs of the class actions, whereas the applicants’ legal costs and disbursements for the class actions, court approval and administration of settlement, will be paid out of the settlement sum.

Significance of the settlement

The settlement sum of $98 million is the largest franchise class action settlement sum in 2021. It is important for both franchisors and franchisees operating in the Australian market to be aware of this settlement and the issues that were raised in the proceedings. This dispute has been high profile in the Australian market and was the subject of much discussion in the lead up to the recent amendments to the Franchising Code. Importantly while 7-Eleven denies the allegations made against it, it has already paid a high price in adverse publicity and now in this settlement (assuming it is approved by the Court).

Franchisors should ensure that they comply with all disclosure obligations under the Franchising Code and any other applicable industry codes, and refrain from making any representations which are misleading or deceptive in their disclosure to prospective franchisees. Both parties must comply with the obligation under the Franchising Code to act in good faith towards one another and should comply with the terms of their franchise agreement. Ultimately, this settlement also shows the relevance of litigation funding in today’s legal landscape – franchisees can rely on litigation funders for significant capital in order to seek redress and compensation.