Directors and managers duties - in good times and in bad 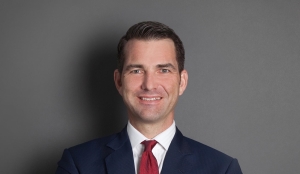 As a director or manager of a UAE company, you will know that like individuals, companies experience times of good health and occasional periods of sickness.

In this note, we focus on you, as directors (which includes managers) of “onshore” limited liability companies (“LLCs”), noting of course that the rules may also apply to certain free zone entities as well. We want you as directors to be certain of your duties and responsibilities in the good times but also sure of the actions you should or could take if things go wrong for your company, and financial difficulties arise.

Where can a director’s duties and liabilities be found?

There is no single code, which sets out all liabilities and duties of a director. Instead, you need to turn to a number of sources, which will set out the various civil and criminal layers of duty and liability as a director. There are various requirements, including financial reporting requirements imposed upon you. However, here, we focus on the key aspects of the main legislative frameworks, which will apply to your role:

In addition to this legislative framework, you should also be mindful of the duties and obligations imposed on you through:

What are the general duties of directors?

When you assume the role as director, it is important to understand the scope of your responsibilities, which include that you:

What could the consequences be of certain actions or inaction when things go wrong?

The UAE Companies Law started the trend which was bolstered by the UAE Bankruptcy Law: corporate governance is high on the agenda and directors bear the burden of mitigating themselves and the company from some of the following risks, all the more so when things go wrong for a company. We recommend that you:

Our message is clear. Be prepared and implement good corporate governance procedures now to prevent any fall-out when sustained or even temporary financial difficulties arise in your company.

What are the rescue remedies under the UAE Bankruptcy Law and how can I avail my company of such schemes?

Early action is not just a personal risk mitigation tool; it will allow a company early access to some of the rescue remedies available under the UAE Bankruptcy Law. Along with courses of action under the UAE Bankruptcy Law such as (i) an insolvent restructuring scheme and (ii) a traditional insolvent liquidation process, the law introduces a course of action for solvent companies known as “Preventative Composition”. With early action, Preventative Composition arrangements enable companies (as debtors) to continue to trade and to reach a mutually favourable settlement with their various creditors. With the approval of the UAE courts and with varied input and supervision from a court appointed trustee, debts are theoretically paid on fixed dates and in turn, cashflow can be better managed. In the meantime, all judicial asset enforcement proceedings are stayed pending court approval of the Preventative Composition scheme.

For a company to avail itself of such Preventive Composition arrangements and in fact any of the proceedings under the UAE Bankruptcy Laws, directors should act fast. A company has a mere thirty business day window, from when it defaulted in paying its debts, to file its application with the UAE courts.

What if a director cannot procure approval to such Preventive Composition and bankruptcy is the outcome?

If you are left managing the business through a financial downturn and your company is subsequently rendered bankrupt, you should take steps to mitigate and manage some of your personal risk including avoiding the risks set out above. Further, to avoid action being taken against you, we recommend that you at all times:

Of course, if you are able to prove that the acts were taken with a view to minimising the loss incurred by the company and its creditors, you may not be held liable. To bolster any defence, we recommend that clear, contemporaneous resolutions are passed setting out clear rationales and any steps carefully justified.

Summary – How to protect yourself as a director?

Fear not, with good governance and record keeping, many of the deemed risks to directors when things go wrong, can be managed in good times and implemented even in bad. We have compiled the following reminders, which we hope you will find helpful:

The UAE Bankruptcy Law is a relatively new piece of legislation, but in times of economic strain, we expect it to be increasingly tested in the courts and used by companies, shareholders, directors and creditors alike.