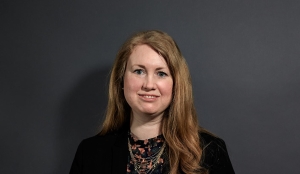 The Swedish Patent and Market Court has recently issued a judgment concerning Systembolaget’s alcohol retail monopoly. The background to the case is that the Swedish Alcohol Act (2010:1622) only allows the state monopoly, Systembolaget, to conduct retail sales of alcoholic beverages. However, in recent years, several other players have started selling alcohol, primarily wine, to Swedish consumers via e-commerce solutions.

This has been heavily criticized by Systembolaget, and has resulted in several legal proceedings. One such case has now been decided by the Patent and Market Court as the first instance. The company in question sells wine via a website that has been marketed to Swedish consumers. Consumers place orders on the website, and the products are transported to the consumer’s home with a carrier hired by the company. The current stock of alcoholic beverages is located in Denmark.

According to Systembolaget, the company offers Swedish consumers a full-service solution, including the option to order alcoholic beverages with home delivery by a carrier hired by the company. The company had instead argued that the transport should be seen as decoupled from the company's operations, and that the transport into Sweden should be seen as a service where an individual imports alcohol via an independent intermediary (according to EU law, individuals have the right to import alcohol from another EU country under certain terms).

The court decided to follow Systembolaget's line of argumentation, and found that the business constitutes retail sales of alcoholic beverages in Sweden. The company has announced that they will appeal the judgment.