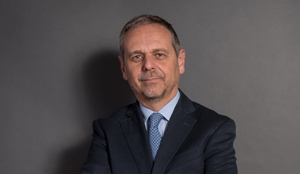 The declaration of the State of Alarm last Friday, March 13, and the approval of extraordinary urgent measures to deal with the economic and social impact of the Coronavirus (COVID-19), has led to the application of a series of extraordinary and unprecedented measures in Spain. Particularly, restrictions have been put in place on the freedom of movement and containment measures in the field of commercial activity, which may alter the normal fulfillment of obligations and contractual relations under private contracts.

This newsletter tries to clarify the effects that such exceptional measures may have on Spanish lease contracts in the hotel sector, especially bearing in mind that pursuant to Order SND/257/2020 dated 19 March, hotels in Spain have been forced to close temporarily by the Spanish Government whilst the State of Alarm is maintained.

Application of the autonomy of will of the parties

Firstly, the principle of the autonomy of the parties' will is the main rule for private agreements. In the Spanish legal system, Article 1,255 of the Spanish Civil Code (the "CC") establishes the freedom of contracts as long as they are not contrary to the law, morality or public order. Therefore, and pursuant to Article 1.258 CC, which establishes that contracts are binding and obligatory, it will be necessary to study each lease contract individually to determine whether the parties have expressly foreseen any exceptional circumstance that would imply the possibility of not complying with the contractual obligations, as well as what conditions have been established if such an event occurs.

In most of the existing contracts, it would be very unlikely to find a specific provision regulating an event such as the COVID-19 pandemic or similar, and in some cases it is possible that only a generic reference is made to cases of force majeure.

Force majeure is regulated in the CC as those "events which could not have been foreseen, or which, if foreseen, were inevitable". The requirements for the application of force majeure, set out in the case law are: unpredictability and unavoidability. Furthermore, the party claiming force majeure must act in good faith.

There is Supreme Court case-law that establishes that the supervening impossibility to comply with the obligations (force majeure) would only affect those to deliver a certain thing or to do something, but not to pecuniary debts. Thus, the case-law distinguishes the pecuniary obligations from the rest of the obligations and: (i) it denies for pecuniary debts the impossibility of compliance, but admits the temporary non-compliance or delay, and it establishes that (ii) the lack of compliance involves the punishment to the payment of money.

Therefore, the resource of force majeure in those contracts that could be affected by the measures imposed as result of the State of Alarm, will be very restrictive, and even more so in the obligations affecting the payment of rent and similar amounts. In the absence of an express provision in the contract, it will be necessary to take into account the above-mentioned case-law. In this regard, we would also like to refer to other cases that may have been foreseen in our legislation and that can be extrapolated. Thus, article 1575 of the CC provides that: "The tenant shall not be entitled to a reduction in the rent for sterility of the rented land or for loss of fruit resulting from ordinary fortuitous events; but in the event of loss of more than half of the fruit, the rent shall be reduced for extraordinary and unforeseen fortuitous events, unless otherwise agreed". In other words, the income would be adjusted, but it would continue to be paid even in the event of a fortuitous case.

Pursuant to the foregoing, we can conclude that the intention of the tenant-operator in a hotel lease contract to suspend rent payment completely, as this is considered as a pecuniary obligation, cannot be directly covered under the force majeure principle.

Nevertheless, it shall be examined whether as a consequence of the supervening alteration of the concurrent circumstances the "rebus sic stantibus" principle could be applied, which is analysed below.

This principle focuses on the possibility of suspending, revising or terminating a contract due to the supervening alteration of the concurrent circumstances or the break in the economic stability of the contract when it is impossible or very burdensome for one of the parties to perform. This figure ("Rebus Sic Stantibus") is not expressly foreseen in Spanish law has its origin in case-law interpretation and its application is usually very restrictive by Spanish Courts.

As it has been previously mentioned, the general principle in the Spanish legal system is that the contract is binding on the contracting parties and must be performed, without excuse or pretext. Therefore, the application of the rebus sic stantibus principle, according to the Spanish Supreme Court, would be applied in a very restrictive manner and under two assumptions: (i) the unpredictability of the risk; and (ii) excessive hardship in the performance of the contractual obligations, i.e. that there is a break in the relationship of equivalence of the parties' considerations (principle of commutability of the contract).

If the rebus sic stantibus principle is alleged, the consequences could be, depending on each case, the suspension, modification or termination of the contract. The preferred solution applied by Spanish Courts, particularly in the case of successive contracts or contracts of long duration, is to amend the contract, while maintaining, as far as possible, normal commercial traffic.

In the particular case where a Spanish hotel lease contract is affected by the suspension of activity derived from the obligation to close the establishment as mandated by the Spanish Government, we are of the opinion that the application of the rebus sic stantibus doctrine could be more direct.

However, the solutions could be different in each case. In particular, the balance of the agreement must be taken into account, and at first sight, it does not seem fair that the lessor-hotel owner shall has to necessarily borne individually all of the losses caused by this particular situation. The good faith of both parties should in any case be invoked for the renegotiation of the conditions of the lease, bearing in mind different factors affecting the lease such as a fixed rent or variable rent, all within the framework of the autonomy of will that governs private contracts, so that a balance between the two parties in order to reduce losses and mitigate the damage arising from the current exceptional situation can be found.

The COVID-19 crisis, and in particular the declaration of the State of Alarm, have imposed extraordinary measures restricting the freedom of movement of people and suspending the commercial activity of certain establishments.
Therefore, an uncertain scenario has arisen with respect to the possible implications that such a situation may have regarding the fulfillment of obligations under the Spanish hotel lease contracts, which pursuant to an Order SND/257/2020 of the Spanish Central Government dated 19 March, have been forced to close temporarily while the State of Alarm is maintained.

The tenant's-operator's intention to suspend or delay the payment of rent on the grounds of force majeure principle, as it has been set out above, would not be possible as, according to Spanish case-law, it could not apply to obligations of a pecuniary nature such as the payment of rent.

However, in those cases the application of the principle "rebus sic stantibus" could be considered. This figure is understood as the possibility of modifying the contractual conditions due to the supervening alteration of the concurrent circumstances or the breaking of the economic balance of the agreement when it is impossible or very burdensome for one of the parties to comply with them. Thus, on the basis of the good faith of the contracting parties and trying to find a balance between them, in order to reduce losses and mitigate damages, it would be possible to negotiate the possibility (while the application of the restrictive measures is extended) of granting a temporary partial reduction of the rent, a period of grace or bonus or a moratorium on payment of the same, trying to avoid more complex or drastic solutions such as the suspension or termination of the agreement that would only benefit the tenant-operator to the detriment of the lessor-hotel owner, to whom all the economic loss would be transferred, creating a clear imbalance in the contractual relationship.

Regarding these type of lease contracts where the typical structure is to separate between: (i) a fixed minimum guaranteed rent; and (ii) a variable rent based on turnover of the hotel activity, the solutions may differ and it could be understood that the application of the rebus sic stantibus principle could be only applicable in the variable rent where the parties wanted to make it dependent on the fluctuations of the market and income of the lessee, therefore the fixed rent (which is minimum and guaranteed to the lessor) shall continue to be paid.

Regarding the expenses that pursuant to the lease contract were charged or passed on to the lessee (i.e. community fees, property tax, etc.), it would seem reasonable to conclude that these continue to be charged to the lessee since it still holds possession and use of the hotel.