The Slovak Antimonopoly Office in 2019 and its plan for 2020 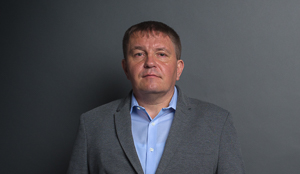 The Antimonopoly Office of the Slovak Republic (hereinafter referred to as the "Office") has published its annual report on its website[1], in which it has evaluated and summarized its activities in the past year. In 2019, the Office imposed fines of over EUR 3.3 million, approximately one third lower than the amount of sanctions imposed in 2018 (EUR 10.6 million).

In the area of cartels, the Office received 45 complaints in 2019, carried out the same number of general investigations, conducted five administrative proceedings, and issued one decision, which was also the subject of review by the second instance authorities. These represent the lowest figures since 2015. The decision concerned the anti-competitive conduct of six entrepreneurs consisting of an agreed procedure for submitting tenders in a public procurement procedure in the field of furniture and medical equipment, and clothing, footwear and textile products, implemented from 12 January 2015 to 28 April 2017 via an electronic contracting system. The Office imposed fines on the entrepreneurs in the total amount of EUR 1,190,062. However, as the entrepreneurs have appealed, the decision in question is not yet final, and the Council of the Office decides in the present case as a second-instance body.

A decision against 15 entrepreneurs selling passenger cars and light commercial vehicles is equally ground-breaking in this area. The entrepreneurs concluded several cartels on prices, involving market sharing, exchange of sensitive information, and coordination in the public procurement procedure. In addition to the fines imposed in this case, which amounted to a total of EUR 9,386,456, the Office also imposed a ban on participation in public procurement. The Council of the Office annulled the decision on the grounds that: (i) the first instance body had incorrectly identified the parties to the proceedings; (ii) drew attention to the need to reconsider the case in the overall context; the related need for (iii) a more comprehensive assessment of the evidence, in particular over time; and, last but not least, the Council criticised (iv) the obligation and the need for a more precise justification of the individual steps of the methodology applied in calculating the fine imposed.

In the case of vertical agreements (in particular agreements on prices of goods and services for resale), the Office received seven complaints last year, carried out four general investigations, two administrative proceedings, and issued one valid decision. This decision concerned a hardcore restriction - resale price fixing of Chicco children’s goods in the field of e-commerce/e-shops in Slovakia and the Czech Republic. This was the area of e-commerce that was one of the subjects of interest for inspections and forms part of the task plan for more than one period, not just involving the Office. The total fine was reduced by 50%, as a company ags 92, s. r. o. requested a settlement. The total fine thus amounted to EUR 20,632.

In the area of abuse of a dominant position, the Office registered 38 complaints, conducted nine more detailed investigations, carried out one administrative proceeding, and issued one decision imposing a fine of EUR 2,990,651 on the state-owned company Železničná spoločnosť Cargo Slovakia, a.s. This company abused its dominant position in the rail freight transport sector by restricting the sale and rental of electric locomotives and refuelling with motor locomotives by private carriers. The practice was part of a strategy aimed at ousting competitors, maintaining and supporting its dominant position. The situation for private haulers was all the more complicated by the fact that they were forced to increasingly use less efficient diesel-powered motors which are more faulty. Similarly, the fact that Železničná spoločnosť Cargo Slovakia, a.s. owns a network of service stations, and was not allowing them to refuel at these stations, was an unacceptable obstacle. The decision was challenged in court.

The Office not only investigated complaints and proceedings against companies, but also measures of state administration and self-government bodies by which they illegally restricted competition. It dealt with four complaints received during 2019, carried out four more detailed investigations, one administrative proceeding, and issued one decision, which imposed a fine of EUR 10,000 on the City of Šurany. Through its investigation and the evidence gathered, the Office concluded that the City of Šurany, which created a barrier to the entry of Dr. Max into the market for the provision of pharmacy care in public pharmacies in the City of Šurany, thereby favoured entrepreneurs currently operating in the market in the field of pharmacy in public pharmacies in the city. The party to the proceedings filed an appeal against the decision, and the Council of the Office reduced the fine from EUR 15,000 to EUR 10,000.

Slovak courts also reviewed and decided on the obligations to cooperate and submit complete and truthful information and documents. A total of seven decisions were examined in 2019, of which the Regional Court in Bratislava (hereinafter "RC in BA") ruled in four cases, and the Supreme Court of the Slovak Republic (hereinafter "SC SR") ruled in the remaining three.

Similarly, in the case against TESCO STORES SR, a.s. the RC in BA did not confirm the decision of the Council of the Office. The SC SR did not agree with the arguments of the plaintiff that the authorisation to carry out the inspection was illegal. The mandate met the requirements of the law, the case-law of the Court of Justice of the EU, as well as its relationship to the purpose, the subject matter of the inspection, and its justification. However, the decision of the Council of the Office was annulled by the SC SR, as according to its conclusions, the Office did not sufficiently substantiate how it subsumed the specific proceedings of TESCO STORES SK, a.s. under specific tortious provisions of the law, and the definition of unlawful conduct does not meet the requirements for the formulation of a statement in sanction cases. The proceedings in question concerned inspections carried out in May 2014 concerning the retail sale of milk and milk products.

As part of its main tasks plan for 2020, the Office still considers the e-commerce, internet sales and other digital platforms sectors to be a priority. It also wants to focus its control on the (i) automotive sector - in particular, the production and sale of motor vehicles; (ii) information technologies and systems; and (iii) healthcare. The Office has also identified the sectors concerned taking into account the current situation regarding the COVID-19 pandemic.

In this context, as the Office is the State Aid Coordinator, the Office aims in particular to: (i) raise awareness of State aid rules; (ii) continue intensive cooperation with existing State aid providers, in particular through training, workshops, etc; and (iii) develop cooperation in this area with partner institutions in EU countries.

This year, the Office supervises, in particular, compliance with State aid rules, already at the preparation stage, as well as the implementation of measures. The main goal is to mitigate the impacts and economic consequences of COVID-19.