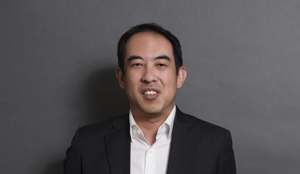 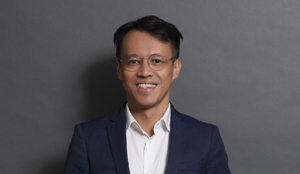 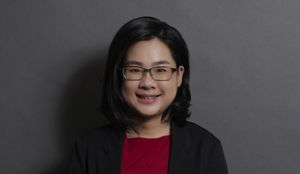 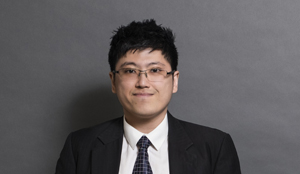 In our previous article (Temporary Relief for Inability to Perform Contractual Obligations due to the COVID-19 Situation in Singapore), we had highlighted that the Ministry of Law had on 1 April 2020 announced its intention to introduce the COVID-19 (Temporary Measures) Bill (the "Bill") in Parliament.

The Bill was introduced, read and passed in Parliament on 7 April 2020. The COVID-19 (Temporary Measures) Act 2020 (the "Act") goes beyond the measures announced by the Ministry of Law.

First, the Act is still intended to provide temporary and targeted relief to businesses and individuals who are unable to perform their contractual obligations as a result of the unprecedented COVID-19 outbreak affecting Singapore and seeks to provide temporary cash-flow relief for such businesses and individuals who may otherwise have to pay damages or risk having their deposits or assets forfeited.

Third, there are temporary alternative arrangements which may be prescribed for the conduct of meetings where the law otherwise requires in-person meetings.

Fourth, the Act imposes a duty on an owner of property benefitting from any property tax rebate, to transfer that benefit to its tenants. The tenants also have a right to take action against the owner for failing to do so.

Fifth, temporary measures have been instituted to allow court proceedings and actions (including before the Syrariah Court) to be conducted using remote communication technology such as video-conference links, as well as live audio links in certain limited circumstances.

Sixth, the Act also provides legal powers to the Minister for Health to impose a control order to prevent the spread of Covid-19 and enforcement powers under the same.

This article intends to focus only on the first four categories of measures.

The Act has retrospective effect and covers contractual obligations to be performed on or after 1 February 2020. In other words, the Act will apply to and/or affect contracts which were made even before the Act came into force.

However, the Act does not apply to covered contracts that are entered into or renewed on or after 25 March 2020.

These measures will initially apply for 6 months (the "Relevant Period") but the Minister for Law may either shorten the Relevant Period or extend it for up to 12 months. Regardless, the total duration of the temporary contractual relief provided for under the Act must not exceed one (1) year.

Contracts covered under the Act

The Act covers the following categories of contracts (the "Scheduled Contracts"):

Further, so long as a Scheduled Contract is governed by Singapore law, it is covered by the Act. This could include contracts made with foreign companies or entities.

The Act also confers on the Minister the power to amend, add to or vary the list of Scheduled Contracts. In his parliamentary speech, the Minster noted that the text of the Act was put together over the course of 9 days, and as such, this power provides welcome flexibility to tailor the temporary measures under the Act to cater for a developing situation. As such, the categories of contracts which are covered by the Act may be expanded or even limited in time to come.

The Minister for Law stated in Parliament that the Act is meant to give "breathing space" and to "staunch the flow of blood" for affected individuals and businesses. He described the Act as a "legal circuit-breaker" by placing a moratorium on the enforcement of rights and obligations of Schedule Contracts.

However, as the title of the Act suggests, these are temporary measures and the Act does not otherwise relieve parties of their obligations under the Scheduled Contracts after the Relevant Period has passed.

For the non-performing party in a Scheduled Contract, the Act will provide temporary cash-flow relief from legal action during the Prescribed Period where the inability to perform a contractual obligation is materially caused by a COVID-19 event.

Upon being served with a notification for relief, the non-defaulting party may then challenge the notification and the applicability of the Act to provide relief to the non-performing party. The challenging party is to apply to an assessor for a determination as to whether the relief measures apply, and if so, to make a further determination to achieve a just and equitable outcome in the circumstances of the case.

Moratorium against enforcement of contractual rights by innocent party

The following are actions which are prohibited under the Act once a notification for relief has been issued:

Any court or domestic arbitration proceedings which have already been started will be stayed or suspended.

Finally, we highlight that the taking of these prohibited actions by the non-defaulting party during the Prescribed Period is an offence under the Act, which is punishable on conviction to a fine not exceeding S$1,000.

There is no automatic forfeiture of deposits under such contracts. Instead, an Assessor will determine whether it is just and equitable in the circumstances of the case for the whole deposit or just any part to be forfeited. Where applicable, deposits that have been forfeited will be returned (in whole or in part) to the customer.

However, the Act does not mean that deposits are automatically refunded to the customer.

Notwithstanding a contractual provision to the contrary, a contractor will not be liable for breach of contract and/or will not liable for liquidated damages during the Prescribed Period if non-performance was materially caused by a COVID-19 event.

Further, calling on a performance bond will not be permitted.

Determination of disputes by Assessors

It is important to note that the Act requires the party's non-performance to have been materially caused by a COVID-19 event. What this means is that not every case of non-performance will be protected by the Act. For instance, if there is evidence that even without the COVID-19 outbreak, one party would not have been able to perform its contractual obligations, it is unlikely that such a party may seek relief under the Act. Similarly, there could also be disputes as to whether the party is unable to perform for e.g. if the tenant is really unable to pay its rent. Finally, there could be disputes as to what is a fair and equitable outcome in apportioning losses between the parties e.g. deposits for events contracts.

Since materiality is a question of fact, it is likely that disputes will arise between the contracting parties as to whether or not one party's non-performance was indeed a true inability that was materially caused by a COVID-19 event. In such an instance, the party which disagrees with the notification for relief may refer the matter for a final and binding determination by an Assessor.

The Assessor will determine whether a party's failure to perform is to a material extent caused by a COVID-19 event. In so doing, the Assessor will seek to achieve a just and equitable outcome.

If the Assessor determines that the case in question does not qualify for relief, then the non-defaulting party may take any of the steps to enforce its contractual right as stated above.

It is clear that the determination by the Assessor is intended to be a fast and cost-effective process. As such, parties are not allowed to be represented by lawyers and no right of appeal lies against the Assessor's decision. Each party will also have to bear its own costs for proceedings before an Assessor. These Assessors are intended to be professionals from the legal, accountancy, financial and other industry sections. The Minister for Law has stated that there will be 12 panels, each headed by a State Courts Judge. The Ministry of Law also expects to appoint about 100 Assessors.

Details of the application process will be announced and made available on the Ministry of Law's website (see here) in mid-April 2020.

The Act provides a defence to an offence of a bankrupt who incurs debts without expectation of being able to pay for it in the course of his trade or business. Similar safe harbour provisions are provided for directors and other relevant officers of companies concerning the offence of trading while insolvent.

Third, the period of time from when statutory demand is issued to when a bankruptcy application may be filed has increased from 21 days to 6 months.

Second, the number of days required for service of a statutory demand before a company is deemed to be unable to pay its debts has increased from 3 weeks to 6 months.

In his Parliamentary speech, the Senior Minister of State for Law highlighted the problems which have arisen in transacting usual commercial and other matters due to social-distancing and other such safety measures. For example, companies listed on the Singapore Exchange have been unable to hold shareholder meetings, including AGMs. It has also affected bodies such as charities, societies, co-operative societies, trade unions and MCSTs. All of this has led to a significant degree of uncertainty and disruption.

The Act provides that the Minister for Law may prescribe, by order, any alternative meeting arrangement he considers necessary or desirable, for that meeting or class of meetings to take place. Compliance with the prescribed alternative arrangements, will override anything to the contrary in law or legal instrument.

The alternative arrangements that may be prescribed include —

For these provisions, the Act has retroactive effect as of 27 March 2020 (being the date of the Ministry of Health's Safe Distancing Regulations). As such, any re-arrangements made to meetings between 27 March 2020 and the date when the Minister for Law prescribes the alternative arrangements, will be upheld.

Pursuant to announcements in the 18 February 2020 Budget and the 26 March 2020 Supplementary Budget, owners of non-residential properties were granted a property tax rebate of 30%, 60% or 100%, depending on the nature of the property. In this respect, a 100% property tax rebate would work out to slightly more than one month of rent for most properties.

The Act introduces an obligation on property owners to pass on the full amount of the property tax rebate received to their tenants, in the form of cash payment or reduction in rentals, in a timely manner.

Property owners are also prohibited from imposing conditions when passing on the rebate. The property owner must keep records that he has so passed on the benefit, and when he has done so. Failure to properly pass on the rebate, or to keep a proper record, is also an offence.

If there is any dispute between the property owner and its tenant(s), that dispute may be submitted to a Valuation Review Panel for adjudication. All such disputes must be brought to the panel before 31 December 2021.

The panel will then determine if the property owner has indeed passed on the rebate fully to its tenants in the required manner by the required timelines. The panel may make further directions for compliance by the owner. A determination and any further directions of a Valuation Review Panel are appealable to the High Court if they involve questions of law, or mixed law and fact.

There will be further regulations passed to set out details of the pass-through of the property tax rebate.

This article is produced by our Singapore office, Bird & Bird ATMD LLP, and does not constitute legal advice. It is intended to provide general information only. Please note that the information in this article is accurate as at 9 April 2020. We will continue to monitor the situation and provide updates on any changes as soon as these are communicated to us. Please contact our lawyers if you have any specific queries.