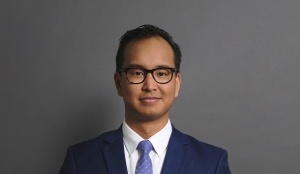 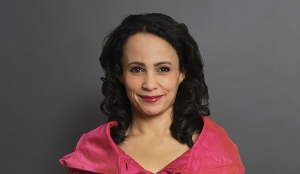 It is widely known that COVID-19 imposes immediate difficulties on many companies to pay their bills, and – equally – to collect their own outstanding invoices. Below, we discuss the most commonly expected complications against the background of enforcement, leniency provisions and – if worst comes to worst – insolvency in the Netherlands.

On 18 March 2020, the Dutch Government announced a package of temporary emergency measures to help businesses in the Netherlands who are in immediate trouble or at risk of financial problems as a result of the COVID-19 social distancing requirements. These measures will be made available for three months and may, at the discretion of the government, be extended for another three months. The government has indicated that yet another extension or additional measures are not excluded. In other words, their message is that the State is in it for the long run, and that the State’s current financial position allows for that.

The main purpose of the measures is to provide companies with short-term liquidity. For example, the Dutch Tax and Customs Administration will grant postponement of payment of various taxes without having to give reasons and without penalty/interest (for three months for the time being), and the Ministry of Economic Affairs and Climate is extending 'the guarantee for small and medium-sized enterprises' (Borgstelling MKB-kredieten, BMKB). This makes it easier for entrepreneurs to obtain loans in order to continue to meet their obligations. The Temporary Emergency Measure Bridging Work for the Preservation of Work replaces a previous scheme for the reduction of working hours. Under the new scheme, employers can apply for a 'substantial contribution to wage costs' (of 90%) and receive an advance payment for this from the UWV.

The government and semi-government bodies are also helping. For example, the Dienst Uitvoering Onderwijs (the executive body for study financing, DUO) has indicated it will be more flexible in the event of any payment problems. Moreover, the Union of Regional Water Authorities (Unie van Waterschappen), MKB-Nederland and VNO-NCW (Confederation of Netherlands Industry and Employers) announced that companies that are unable to pay their regional water board taxes because of this crisis will be granted a postponement.

No measures restricting the enforceability of claims

Although a broad package of measures has been announced to support companies in these difficult times, as briefly set out above, there are no measures (yet) that prevent or temporarily block the performance of commercial agreements. This means that, in principle, invoices due simply have to be paid. A party that cannot pay its debts in time is therefore still at risk of bankruptcy.

Provisions from the corporate sector

The leading Dutch banks (ABN AMRO, ING, Rabobank, Volksbank - including SNS and ASN - Triodos and BNG Bank) have jointly announced that there are possibilities to temporarily suspend payment obligations (for six months). ACM (the Dutch Competition Authority) has allowed the banks to make such arrangements, which would under normal circumstances could entail a breach of competition rules.

The announced leniency provisions apply to business loans of up to EUR 2.5 million in all sectors. The banks will also be able to provide additional tailor-made solutions themselves. Companies with higher financing obligations are advised to contact their bank for this purpose. Individuals who temporarily have fewer financial means to pay their mortgage costs due to a sudden loss of income are also advised to contact their bank. Banks have agreed to provide tailor-made solutions and as a result of the post-credit crunch European solvency rules, they also have ample financial means to “be a part of the solution, instead of a part of the problem” (as ABN AMRO’s CEO stated during an interview).

There are no collective measures for the suspension of, for example, lease payments or the costs of utilities. For the time being, the Government only appealed to the solidarity and moral obligations between companies and urged them to stay in discussion. Legally, however, the statutory and/or contractual obligations remain binding. Failure to comply with obligations can therefore also have serious consequences.

In principle, a party that wants to demand performance in the Netherlands (e.g. payment or delivery) will have to go to court (exceptions are rights of pledge and mortgage rights). In the case of an awarding judgment, the creditor has an enforceable title and can enforce the judgment via a bailiff. Under the circumstances, it is to be expected that there will be a debate about the non-performance and possible justifications (such as force majeure or unforeseen circumstances). This type of case is typically dealt with in proceedings on the merits, which will take several months (in an ex parte situation within at least four weeks) to up to more than a year. Only in exceptional circumstances asking advance payment via interim relief if possible, but normally such claims are rejected. Furthermore, the courts are currently closed for all non-urgent cases, as will be set out further in the below.

Court proceedings are therefore not recommended 'fast' routes to generate liquidity for a creditor. Moreover, legal fees and court fees must be paid and are not fully recoverable (except in matters of intellectual property).

Because of the outbreak of the COVID-19 virus, the Dutch judiciary has decided to close all the courts as of Tuesday 17 March 2020 until further notice. However, new cases can still be filed as usual. Bailiffs will also continue to serve documents. In principle, no oral hearings will take place until at least 6 April 2020. Judgments can still be delivered and sent.

It is of course quite possible that a claim - even with an enforceable judgment - turns out to be non-recoverable, because a debtor is unable (or, much less common: unwilling) to pay. A creditor may then apply for the debtor's bankruptcy, as explained above. However, a creditor should bear in mind that bankruptcy very rarely leads to (full) payment, also because many preferred creditors (e.g. creditors with a mortgage right) must be paid first. It is still unclear how judges will assess bankruptcy applications as a result of COVID-19. The first cases are to be expected soon.

We will briefly discuss the various forms of insolvency proceedings in the Netherlands, being the application for a moratorium (surseance van betaling), a bankruptcy petition and, for individuals, the debt rescheduling (schuldsanering natuurlijke personen). Only natural persons are eligible for debt rescheduling, which could also be an entrepreneur: for example, a self-employed person (eenmanszaak), an individual with a one-man business (ZZP'er) or as a partner of a VOF (comparable to a joint venture). These options can be requested from the court by a debtor himself. As a creditor, the only legal option is to file for bankruptcy of the debtor.

For several years now, the government in the Netherlands has been working on a reform of Dutch bankruptcy law, aimed at rescuing (especially small) enterprises with insolvency problems. The so-called law homologation by private treaty (De wet homologatie onderhands akkoord, WHOA) will aim to help companies in immediate difficulties to survive and thus save jobs. This intended piece of legislation provides that companies in difficulty can swiftly conclude agreements with their creditors in order to prevent bankruptcy: through a private arrangement. The homologation is the ratification of that agreement by the court. The WHOA, which was about to be passed by the Dutch House of Representatives, was put 'on hold' at the beginning of 2020 (i.e. before the first major measures in connection with the coronavirus crisis were taken on 12 March 2020).

Some lawyers have recently been asking for accelerated implementation of the Act, because the Act could help companies during the COVID-19 crisis. However, the WHOA will first be amended to make the procedure more attractive for small and medium-sized enterprises, and amendments are being prepared to allow smaller creditors to benefit from the added value of an agreement.

It is quite possible that there will be a strong demand in society or politics for additional measures to prevent bankruptcies in the difficult times ahead of us. Most of the emergency measures are aimed at creating liquidity and (therefore) to prevent bankruptcies. Whether this is actually effective will have to be determined in the coming period. If it turns out to be unsuccessful (enough), it may well be that this legislative reform will still be adopted or at least accelerated, either in amended or stripped-down form, or by means of a separate emergency law.

This article should not be used as legal or practical advice. The COVID-19 situation changes from day to day and requires tailor-made solutions. We aim to provide regularly updated content during this uncertain period on our dedicated COVID-19 In Focus page. For any specific situations, please feel free to contact us, so that we can provide you with our further advice.