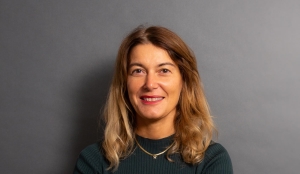 In the last four months, the Italian government has tried to propose a regulation on short term leases of residential properties in order to introduce more rigid rules on people leasing in more than one location.

In particular, the proposal aims to differentiate private individuals leasing only their own flats and/or single rooms, from those (who are often professional operators) leasing more than three flats.

The measure is still under discussion and it is obviously inspiring a strong debate. The result is that the measure has already proposed on two occasions, both in December and January, then revoked.

However, the Tourist Minister has now declared that he will continue to push for legislation to address the issue, which was supposed to have been submitted to the Parliament for approval in March, although this has been delayed due to the COVID-19 Pandemic.

The proposal covers several aspects, not all of which will be approved in the proposed form, but the position seems quite rigid. One of the proposals aims to allow the Municipalities to decide if they wish to regulate tourist leases in the historic centers, with the possibility for each Municipality to require operators to obtain a licence permitted them to grant tourist leases, and also to limit the number of said licenses. An alternative proposal, which is the most likely to be approved, the proposal aims to limit the free short term lease to a maximum of three flats per person; any person leasing more than three flats/structures will be considered a professional operator needing an entrepreneurial structure, a VAT number, and will be treated as a professional operator subject to the regulatory procedure.

This last aspect, in particular, has been debated for a long time: whoever leases more than three flats for less than 30 days, therefore with a short term lease form, will be treated as a professional operator.

The number of possible subjects interested in this new measure is estimated to be around 9,000 people in Italy. Going into more detail, there are three hosts who manage more than 1,000 flats: they are probably professional hosts managing the flats of single people seeking a full service.

Of course all the representatives of the different categories want to participate in the debate: there are obviously the associations representing private people who do not want to be treated as professionals, but there are also the hotel representatives who feel that in certain cases the short term lease is not managed any more as an occasional activity, but as a well-organised structure.