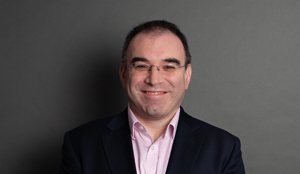 On 30 July 2020, the High Court granted an interim injunction pursuant to Regulation 11 of the Trade Secrets (Enforcement etc) Regulations 2018 (the "Trade Secrets Regulations") to prevent the importation of allegedly "infringing goods" into the UK pending trial.

The application was brought by Celgard, LLC, a US company, who were represented by Bird & Bird, against a Chinese company, Shenzhen Senior Technology Material Co, Ltd and concerned the proposed importation into the UK of highly engineered "separators" for use in lithium ion batteries. Celgard asserted that Senior battery separators had been developed using trade secrets and confidential information misappropriated by Dr Xiaomin Zhang, an ex-Celgard employee and current Senior employee.

"Goods, the design, functioning, production process, marketing or a characteristic of which significantly benefits from a trade secret unlawfully acquired, used or disclosed".

"11. (1)  On the application of a trade secret holder, a court may order any of the following measures against the alleged infringer -

Although the application was initially held ex parte and therefore the points were not fully argued, the decision of Mr Justice Mann of 7 May 2020 was notable as it was the first time that an injunction has been granted by the UK Court on the basis of the Trade Secrets Regulations to prevent the import of goods into the UK.

In his 30 July 2020 judgment, Mr Justice Trower found that Celgard had adduced sufficient evidence to establish a serious issue to be tried that its trade secrets had been used in the development and manufacture by Senior of battery separators since the time of Dr Zhang's arrival as its employee.  He therefore held that there was a serious issue to be tried on Celgard's claims under the Trade Secrets Regulations.

The decision went on to analyse whether products which were manufactured in China by a Chinese defendant misusing confidential information and trade secrets belonging to the US claimant and sought to be imported into the UK, could be considered "infringing goods" within the meaning of the Trade Secrets Regulations and enjoined in the UK.  This potential 'long-arm effect' of the Trade Secrets Regulations troubled Mann J during the earlier hearing.  Trower J held however:

"…although the background to the dispute has strong connections to the USA in relation to the original acquisition of the secrets by Dr Zhang when still employed by Celgard and to China in relation to its misuse by incorporation into what Celgard says is the infringing product, the immediate wrong is the misuse by marketing in England and the damage suffered will be by Celgard’s consequential failure to win the UK Customer’s business…

In the present case the wrongful act which matters is the use in England of the trade secret as an act of unfair competition.  What occurred in China was some but not all of the events which rendered the products sought to be marketed in England “infringing goods” for the purposes of the TSR.  In my view these were events giving rise to the damage, not the damage itself"

Trower J therefore granted the interim injunction pending a full trial restraining the importation of the Senior battery separators into the UK.  The judgment is available here.