The end of an era for investor-state disputes in Europe 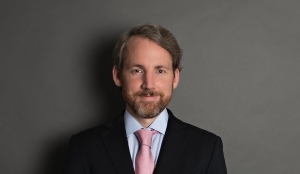 The end of an era for investor-state disputes in Europe: The majority of EU Member States agree to terminate intra-EU BITs, and the EU Commission launches infringement proceedings against Finland and the UK

On 5 May 2020, a majority of EU Member States signed a plurilateral agreement, known as the Agreement For The Termination Of Bilateral Investment Treaties Between The Member States Of The European Union (the Treaty) to terminate their intra-EU bilateral investment treaties (BIT), drawing to a close an era of investment treaty arbitration in Europe. In this briefing note we look at the impact the Treaty will have on investors and investor state arbitration in Europe and beyond, and also provide a summary of what the Treaty provides and how current proceedings will be impacted.

The Treaty applies to around 130 BITs, which contain investor-state dispute settlement (ISDS) clauses providing a legal basis for arbitration proceedings between private investors and state entities from the different EU member states. The Treaty signals a powerful assertion by the EU of the supremacy of EU law and its legal institutions, in implementing with retrospective effect the Court of Justice of the European Union (CJEU)'s 6 March 2018 decision in the Achmea case, which we previously reported on here. In Achmea, the CJEU ruled ISDS clauses within intra-EU BITs were incompatible with EU law, on the basis that the arbitral tribunals established under those clauses lacked proper authority and oversight from the CJEU to deal with issues of EU law.

Scope of the Treaty

Article 4 of the Treaty retrospectively applies the Achmea decision, providing that the BITs shall not constitute a legal basis for arbitration proceedings with effect from the date that the last of the two parties to the relevant BIT acceded to the EU. It also nullifies the legal effects of any "sunset" clauses within the BITs purporting to extend protection to investments made before the date of termination.

The Treaty does not apply to intra-EU proceedings falling under the Energy Charter Treaty (ECT), a multi-lateral framework for energy co-operation which currently has 53 Signatories and Contracting Parties including the EU. The Recital to the Agreement states that the EU and Member States will deal with the ECT "at a later stage", which is presumably a reference to the European Commission (EC)'s mandate, granted in July 2019, to negotiate a modernisation to the ECT, and which we previously reported on here.

Article 9 of the Treaty sets out a process for "structured dialogue" to settle Pending Arbitration Proceedings, which covers all proceedings initiated under the BITs prior to 6 March 2018, but which do not qualify as Concluded Arbitration Proceedings. It is important to note, however, that the settlement procedure provided for in Article 9 does not lead to a final binding decision, and must be mutually accepted by the parties to become legally binding.

The settlement procedure itself calls for the appointment of a "facilitator" in order to find a "lawful and fair out-of-court and out-of-arbitration settlement of the dispute". The choice of the facilitator is to be mutually agreed by the parties, and should not be a national of the state of either party. Where the parties cannot agree on a facilitator, either party may ask the Director General of the Legal Service of the EC to designate a former Member of the CJEU, who shall appoint one after consultation with each party.

Article 10 of the Treaty provides another transitional pathway for Pending Arbitration Proceedings, granting a right for the investor party to access judicial remedies under national law for the measure contested in those proceedings. This right is extended even where the national time limits on bringing such claims have expired. This right is subject to a number of conditions, including that the investor withdraws the Pending Arbitration Proceedings, and/or renounces an award which has been issued pursuant to them but not yet enforced.

Jurisdictional confrontation is likely to be hastened by Article 7 of the Treaty, which requires contracting parties involved in Pending or New Arbitration Proceedings to inform tribunals, using pro forma wording, of the legal effect of the Achmea decision. In addition, where an arbitral award was issued on the basis of a BIT (but not yet executed), the contracting party must ask the competent national court, including in any non-EU country, to set the arbitral award aside or refrain from enforcing it.

Entry into force of the Treaty

The Treaty is subject to ratification, and will enter into force 30 calendar days after the Secretary-General of the Council of the European Union receives the second instrument of ratification, approval or acceptance. The twenty-three Member States which signed the Treaty include: Belgium, Bulgaria, Croatia, Cyprus, the Czech Republic, Denmark, Estonia, France, Germany, Greece, Hungary, Italy, Latvia, Lithuania, Luxembourg, Malta, the Netherlands, Poland, Portugal, Romania, Slovakia, Slovenia and Spain.

Austria, Finland, Sweden and Ireland did not sign the Agreement, and neither did the UK, which exited the EU on 31 January 2020. Certain commentators have speculated on the reasons for the hold-out by these Member States including: Austria's desire to protect four major arbitrations being brought by Austrian banks against Croatia under BITs; Finland's need for its parliament to first approve the Treaty; Sweden's desire to protect Stockholm as a centre for BIT arbitration; and the fact that Ireland terminated its sole intra-EU BIT with the Czech Republic back in 2011. It may also be the case that these states are waiting to see what the impact of COVID-19 will be on their investors.

The fact that the UK did not sign up to the Treaty is notable, given that EU law still applies to the UK  until the end of the transition period, due to end on 31 December 2020, unless extended. The apparent move to retain its intra-EU BITs could signal a strategic decision by the UK to position itself as a haven for European investment protection once the transition period expires, or at least to reserve the BITs as a potential bargaining chip in negotiations with the EU.

In a further development, the EC announced on 14 May 2020 that it had initiated infringement action against the UK and Finland for their failure to terminate their intra-EU BITs. The UK and Finland will have 4 months (extended from 2 months due to the impact of COVID-19) to respond to the EU's notice of infringement. If they fail to produce a satisfactory response, the EC may decide to issue a formal request to comply with EU law, following which the matter could be referred to the European Court of Justice. It is not yet clear why the EC did not include Austria and Sweden in this action.

The Treaty leaves a lacuna in investor protection, but also potentially paves the way for the EU to implement its own, new and harmonised judicial framework governing investor-state relations. However, there is no official sign of movement on this yet, and so any replacement of, or alternative to, the BITs is likely to be some time away.

In the meantime, investors are left with limited options for redress against EU states and will have to resort to existing commercial arbitration, national and EU-law based tools for dealing with disputes with state entities. This is likely to have a detrimental impact on investment protection (and investment appetite) within the EU, and is likely to prioritise investors from outside the Treaty signatory states, including the UK, who, for the time being, still enjoy the protections of continuing BITs.