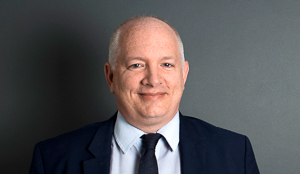 Automobile equipment makers have been under stress since supply chain interruptions began in January. The COVID-19 pandemic led initially to lock down in China creating for certain suppliers force majeure and hardship situations due to sub-supplier and delivery impediments.

Today, the situation has evolved whereby automobile manufacturers have themselves suspended operations and declared force majeure. This freeze on automotive production is without precedent and takes the whole industry into uncharted waters.

Often the immediate question facing suppliers is whether payment obligations of customers pertaining to outstanding invoices of suppliers are suspended. Generally, in the absence of specific contract clauses or government orders, a force majeure event will not suspend payment obligations for deliveries that occurred or services performed prior to the event of the force majeure. However, although payment obligations for past deliveries should remain in force, liquidated damages or financial penalties associated with late payment may be suspended or declared inapplicable for the duration of the force majeure; such has been the case in France by government decree. For orders that have not been completed, suppliers may have to suspend production to avoid incurring further costs.

Once production restarts, the purchase volume for 2020 will be substantially reduced compared to expectations while pricing is generally locked in by long term contracts. This raises a number of issues:

The exceptional times in the industry may call for exceptional solutions. Timely cooperation among industry actors is likely to be the key to finding the best route through this unmapped territory.