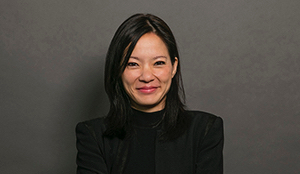 On 17 October 2020, China's Standing Committee of the National People's Congress ("NPC") passed the amendments for the Patent Law of China ("Patent Law Amendments 2020"), which will come into effect on 1 June 2021.

The Patent Law Amendments 2020 are broadly consistent with the Second Draft of the Patent Law and introduce Drug Patent Linkage and Supplemental Protection Periods, which had been raised in the "Opinions on Deepening the Reform of the Review and Approval System and Encouraging the Innovation of Drugs and Medical Devices" of the General Office of the CPC Central Committee and General Office of the State Council on 8 October 2017.

The provisions on Patent Linkage are contained in Article 76 of the Patent Law Amendments 2020 and are relatively high-level. Article 76 contains three parts and provides that:-

Article 76 does not include any time limit for filing proceedings nor the term of any stay period (or moratorium) by the NMPA; such detail has been left to the NMPA and CNIPA to formulate.

This may, of course, change as more detailed provisions on the patent linkage system are expected to be published shortly. In addition, according to the Supreme Court's Judicial Interpretation Formulation Scheme 2020 issued in March 2020, the Supreme Court is also enacting the "Provisions on Several Issues Concerning the Application of Law in the Trial of Drug Patent Linkage Disputes", which will provide more guidance for the judicial practice.

Supplemental Protection Periods ("SPP") for new drugs have now been introduced in Article 42 and CNIPA can, on the application of a patentee, grant an SPP for an invention patent of up to 5 years, provided that the total patent valid duration term after the new drug is approved for marketing shall not exceed 14 years.

However, the terms "new drug" and "relevant invention patents" have not been defined in Article 42. We expect the CNIPA to publish new Implementing Regulations or Guidelines, which will set out the criteria on how SPP applications will be examined, how they will be granted and the duration of the SPP.

The Patent Law Amendments 2020 include other notable new provisions, although their introduction came as no surprise as they have been discussed for many years. The key amendments are:-

It has been 12 years since the Patent Law was last amended in 2008 and these new amendments contain significant changes to the patent system in China. The introduction of a patent linkage system and SPP will change the landscape of the life sciences industry in China, although originators and generics will have to wait for the publication of the associated Measures and Judicial Interpretations, which will hopefully provide clarity on how the patent linkage system will be implemented. Bird & Bird will keep monitoring the status and provide further updates.