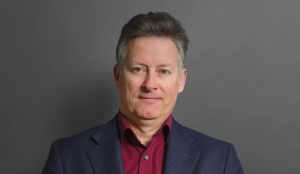 EU Member States are due to implement the new European Electronic Communications Code (EECC) by 21 December 2020, but just a few will be ready in time. The Code, which provides a new regulatory framework updating European telecoms rules, was adopted on 20 December 2018.

Bird & Bird's EECC implementation tracker shows that legislative proposals have been published to date in The Netherlands, Finland, Belgium, the Czech Republic, Lithuania and recently in France which is outlined in more detail below. At the end of 2019, the UK Communications Regulator, Ofcom, also published a series of proposals to implement the 'End User Rights' provisions of the Code (see below).

Achieving a consistent approach across the Member States is an important implementation objective, mentioned no less than 48 times in the Code. However, a comparison of the legislative proposals in The Netherlands and Belgium shows that there are significant differences in terms of interpretation. For instance, in Belgium, the Electronic Communications Act contains stricter rules than the end-user provisions in the articles 102 to 107 of the Code. Handing in your phone with a Belgian telecom provider is a legitimate means to terminate the legal contract. Pursuant to the Code, stricter end-user protection rules are still allowed but should be abolished after 21 December 2021.

Bird & Bird closely monitors the legislative proposals in the Member States and facilitates detailed country comparisons that may help interested parties to provide input into consultations and discussions with lawmakers.

Sign up for our monthly Connected newsletter to stay up-to-date with the latest regulatory and public affairs issues.