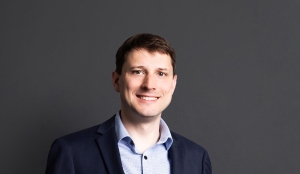 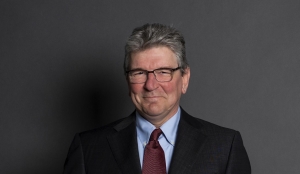 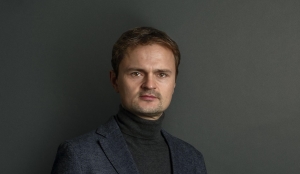 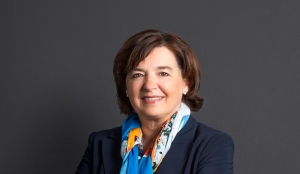 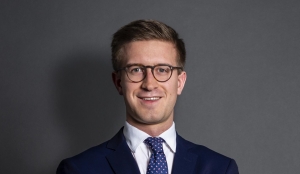 Note COVID-19: The European Court of Justice (ECJ) is also adapting with care to developments relating to the COVID-19 pandemic. Following the lockdown measures adopted by the Luxemburgish authorities and its neighbouring countries, the institution has, since 16 March 2020, established a modus operandi widely based on homeworking and hearings have been suspended.

In view of the restrictions on movement, hearings at the ECJ and the General Court have had to be postponed. If conditions allow, hearings may resume during the period from 25 May to 15 July 2020.

Despite the COVID-19 pandemic, the ECJ rendered several interesting decisions during the first trimester of 2020 on both employment and social security issues. The following overview addresses decisions in the area of coordination of social security, non-discrimination and transfer of undertakings (TUPE) that are useful for businesses.

Many businesses are experiencing economic difficulties as a result of the COVID-19 pandemic. They have had to temporarily suspend or substantially reduce their activities and the working hours of their staff. To support employers and to protect workers and the self-employed from losing their jobs or incomes, the European Commission proposed a new temporary instrument named “SURE” (Support to mitigate Unemployment Risks in an Emergency), to complement national efforts to protect employment. It is expected to be operational by 1 June 2020.

SURE is a financial assistance programme in the form of loans granted on favourable terms by the EU to Member States of up to €100 billion in total. The Commission intends to make the Member States benefit from its advantageous borrowing rates from the financial markets thanks to its strong credit rating and low borrowing costs. These loans will help Member States to address sudden increases in public expenditure to preserve employment. Specifically, these loans will help Member States to cover the costs directly related to the creation or extension of national short-time work schemes, and other similar measures put in place for self-employed individuals as a response to the current COVID-19 pandemic.

What are short-time work schemes?

How will the conditions of each loan be decided?

These loans should be used by Member States to finance short-time work schemes for employees or similar measures for self-employed individuals.

Following a Member State request for financial assistance, the Commission would consult the concerned Member State to verify the extent of the increase in public expenditure that is directly related to the creation or extension of short-time work schemes and similar measures for self-employed. This consultation will help the Commission to properly evaluate the terms of the loan, including its amount, maximum average maturity, pricing, and the technical modalities for implementation.

Based on this consultation, the Commission would present a proposal for a decision to the Council to provide financial assistance.

Once approved, the financial assistance would take the form of a loan from the European Union to the Member State requesting support.

The European Commission has published guidelines on the restrictions of the free movement principles in the context of the current COVID-19 crisis.

Based on overriding public security and public health grounds, many Member States have introduced unprecedented measures including checks at internal borders. This is an unseen phenomenon since the 1960s for many countries. The European Commission has now, by way of a communication, set forth certain guidelines that outline which restrictions would meet the tests of necessity and proportionality and would have objective and non-discriminatory criteria as their basis.

In the joined cases Vueling Airlines, the ECJ has ruled on the conditions for national courts to set aside the binding force of A1-declarations (also known as “E-101 form” or “Certificate of Coverage”) in case of fraud.

Spanish nationals working for the Spanish air carrier Vueling airlines were posted to France based on A1-declarations issued by the Spanish authorities. Nevertheless, the French Social Inspection argued that the A1-declarations were unduly granted based on incorrect information, and the employees were subjected to the French social security system. In the ECJ case at hand, the scope of the “Altun” doctrine of 2018 (C-359/19) was questioned: In the event of fraud, can a judge of the host Member State immediately disregard the A1-declaration or must they first assess whether the dispute procedure was initiated (i.e. the limited scope of Altun case, C-359/19).

Article 11(1) of Regulation No. 574/72 regulates the formalities in the case of posting workers elsewhere, and provides that:

“[…] The institutions designated by the competent authority of the Member State whose legislation remains applicable shall issue to the worker, at his own or his employer's request, and if the required conditions are fulfilled, a certificate of posting testifying that he shall remain subject to that legislation up to a specific date.”

Contrary to the opinion of Advocate-General Saugmansgaard, the ECJ confirmed the ruling in Altun that the judge of the receiving state can only act against fraudulent A-1 declarations if the following cumulative conditions are fulfilled:

A prior request was addressed to the authorities that issued the A1-declaration to review it;

This request was not followed up satisfactorily (i.e. no further investigation was carried out or no decision taken within a reasonable period of time); and

The evidence of the case shows that fraud was committed, taking into account the guarantees attached to the right to a fair trial (the employer/employee should be given the option to rebut the information on which the proceedings by the authority of the hosting MS are based.

On 23 April 2020, the ECJ determined that a statement made by a person during an audio-visual programme, which suggested that they would never hire persons of a certain sexual orientation, constituted discrimination in the field of employment and occupation within the meaning of the EU Directive 2000/78 (Equality Framework Directive) as they were made by a person who has, or may be perceived as having a decisive influence on an employer’s recruitment policy.

An Italian lawyer stated in an interview given in a radio programme that he would not recruit anyone who was homosexual. An association defending the rights of LGBTI persons in court proceedings filed a complaint against the Italian lawyer for discrimination on the ground of sexual orientation. The first instance of the Italian court upheld the discrimination claim brought by the association and ordered the lawyer to formulate an action plan to eliminate discrimination, and pay damages of EUR 10,000.

The lawyers appealed the judgment before the Italian Supreme Court, which requested the ECJ for a preliminary ruling. In relation to the claim of direct discrimination, the Supreme Court referred the following question: (1) Does a statement expressing a negative opinion with regard to homosexuals, whereby the interviewee stated that he would never recruit an LGBTI person to his law firm nor wish to use the services of such persons, fall within the scope of the anti-discrimination rules of Equality Framework Directive,, even where no  recruitment procedure has been opened, nor is planned, by the interviewee?

“The purpose of this Directive is to lay down a general framework for combating discrimination on the grounds of religion or belief, disability, age or sexual orientation as regards employment and occupation, with a view to putting into effect in the Member States the principle of equal treatment.”

“1. For the purposes of this Directive, the ‘principle of equal treatment’ shall mean that there shall be no direct or indirect discrimination whatsoever on any of the grounds referred to in Article 1.

2. For the purposes of paragraph 1:

(a) direct discrimination shall be taken to occur where one person is treated less favourably than another is, has been or would be treated in a comparable situation, on any of the grounds referred to in Article 1;

(i) that provision, criterion or practice is objectively justified by a legitimate aim and the means of achieving that aim are appropriate and necessary […]”

The ECJ has in previous cases confirmed that mere statements regarding the conditions for access to employment including recruitment conditions made in the course of employment fall within the material scope of the directive. In view of its well established case law, the ECJ ruled that circumstances such as the non-existence of a current or planned recruitment procedure are not decisive to determine whether statements relate to a particular recruitment policy and, therefore, fall within the concept of “conditions for access to employment … or to occupation” within its meaning. This situation also falls within the scope of the Equality Framework Directive   even if they come from a person who is not legally capable of recruiting staff, provided that there is a non-hypothetical link between those statements and the employer’s recruitment policy.

Whether such a link exists must be assessed by the national courts based on all the circumstances of those statements. According to the ECJ, these criteria are:

The status of the person making the statements and the capacity in which he or she made them, which must establish that that person has or may be perceived as having a decisive influence on the employer’s recruitment policy;

The nature and content of the statements concerned and the context in which they were made; and

In particular their public or private character.

An employee who was employed by a transferor on a full-time basis may end up being employed by two (or more) employers following the TUPE transfer on a part-time basis, provided that the division of the employment contract is possible and neither causes a worsening of working conditions nor adversely affects the safeguarding of the employees’ rights under TUPE.

A Belgian national worked as a project manager at ISS Facility Services NV when ISS was appointed for the cleaning and maintenance of various buildings of the city of Ghent. The project was divided into three lots of the various buildings and the employee’s work was spread over these three lots.

After a new public tender, the contracts for the cleaning activities of the three lots were not renewed with ISS but granted to two different transferees (whereby Atalian received contracts for two lots, and Cleaning Masters NV received the contract for the third lot).

ISS, the transferor, argued that the employment contract was automatically transferred to the transferee that was granted two lots, in accordance with CBA 32bis (Belgian implementation of the TUPE directive). This was nevertheless challenged by the employee. In this dispute, the Labour Court of Ghent asked the ECJ how the TUPE Directive applies in case of a transfer to different transferees.

The ECJ ruled that the most reasonable solution would be to transfer the rights and obligations arising from an employment contract to each of the transferees “in proportion to the work carried out by the employee”. It is for the national court to determine the rules according to which that division is to take place, taking into account, e.g. the economic value of the lots or the time actually devoted to each lot by the employee.