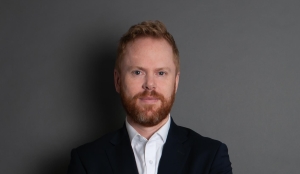 A recent report by Thomson Reuters suggests that HMRC met its criminal prosecution referral target in 2018.

The trend for increasing numbers of taxpayers being charged with tax evasion or fraud offences is likely to continue, particularly for large corporates and wealthy individuals, in the face of maintained public pressure, improved information sharing between global tax authorities and strict liability offences for corporates.

Tax evasion (also referred to as tax fraud) is a criminal offence under UK law. The Crown Prosecution Service (the "CPS") is the body responsible in England and Wales for deciding whether a criminal prosecution should be brought against a taxpayer in relation to tax evasion, but HMRC are responsible for investigating suspected tax evasion and will make a charging recommendation to the CPS.

There are a number of offences available to charge taxpayers in relation to tax evasion. As well as common law offences (such as cheating the public revenue), there are several statutory offences, including (amongst others):

These offences generally require HMRC to show dishonesty on the part of the taxpayer, but strict liability offences for corporates also now exist (see below). There can be severe consequences for any taxpayer successfully prosecuted under one of these offences – the offence of cheating the public revenue, for example, carries a maximum sentence of life imprisonment; the Fraud Act 2006 can impose up to an unlimited fine or ten years' imprisonment (or both). The tax offences apply to a range of taxes (including corporation tax, income tax, capital gains tax and VAT).

In recent years, HMRC have been armed with more resources to identify and deal with tax evasion cases being brought before the criminal courts. A policy paper published on 8 May 2015 ('2010 to 2015 Government Policy: Tax Evasion and Avoidance'), indicated that the number of criminal investigators working at HMRC increased from 165 in 2010/11 to 1,165 in 2014/2015. HMRC's Fraud Investigation Service (the "FIS") was formed in 2015 following the merger of HMRC's specialist investigations and criminal investigations teams.

HMRC have faced criticism, however, that they prioritise lower-value cases in order to meet prosecution referral targets. In March this year, a group of MPs and Lords published a letter to Theresa May in which they called for further action to be taken to enable prosecutions of large corporates for economic crimes. The pressure on HMRC to pursue larger corporates and wealthy individuals, rather than lower-income taxpayers, has particularly increased in the wake of high-profile scandals over recent years. There is some merit in this criticism: HMRC's own list of its top ten prosecutions in 2018 did not include any corporate convictions.

In the face of maintained public pressure, the number of prosecution referrals made by HMRC is likely to increase, particularly for wealthy individuals and large corporates. Reports also suggest that HMRC opened 27 new investigations into cases of alleged serious tax evasion in 2018.

Information sharing between tax authorities will play an important role in HMRC's continued crackdown on tax evasion. The Common Reporting Standard (the "CRS") came into effect in 2018 and provides HMRC with more information on offshore accounts. As part of the CRS, countries such as Switzerland and the United Arab Emirates will begin to share more information with HMRC this year. HMRC have also obtained data relating to offshore accounts in jurisdictions such as the Cayman Islands and Bermuda.

The Criminal Finance Act 2017 (the "CFA") also provides HMRC with more power to pursue businesses for tax evasion. Part 3 of the CFA contains two new criminal offences for companies if, from 30 September 2017, any of their associated persons (employees, agents or any other person who performs services for or on their behalf) criminally facilitate the evasion of either UK or foreign tax, respectively. These are "strict liability" offences, meaning HMRC does not need to prove any intent or dishonesty on the part of the company. The only defence is for a company to demonstrate that it had put in place reasonable procedures to prevent its associated persons from facilitating tax evasion or it was reasonable in the circumstances for it to have no such procedures. It is understood that a number of corporates are actively being investigated under this new corporate offence, although no prosecutions have yet been brought.

WHAT SHOULD TAXPAYERS DO?

Irrespective of the level of controls and checks put in place by taxpayers, fraud and error can occur. The majority of criminal investigations begin following an HMRC enquiry. However, where a taxpayer suspects that fraudulent behaviour may have taken place in their business, they should act quickly to avoid criminal prosecution where possible (as well as limit the risk for reputational damage).

Following a thorough internal investigation of any suspected issue, it may be appropriate to make a voluntary disclosure to HMRC. HMRC have the option to deal with cases of tax evasion through civil procedures under Code of Practice 9 ("COP9"), rather than through criminal investigation and prosecution. It should be noted, however, that HMRC reserve the right to criminally investigate for certain cases, in particular where the behaviour involved is so serious that only criminal sanctions are deemed appropriate or where HMRC want to create a strong deterrent. Where COP9 applies, taxpayers can choose to submit a detailed disclosure of the fraudulent behaviour. HMRC have confirmed that they will not criminally investigate and prosecute a taxpayer which has made a full and frank disclosure under COP9.

We are a specialist tax disputes and investigations team with a wealth of experience leading complex tax projects.
Our investigation experience lies at the heart of our ability to minimise the disruption caused by tax fraud and errors. We work with clients to fully understand the nature and scale of these issues by undertaking forensic internal investigations under legal professional privilege. Where it is deemed appropriate to make a voluntary disclosure to HMRC, we will advise on the presentation of the factual material identified during the investigation and its impact on the tax technical analysis.