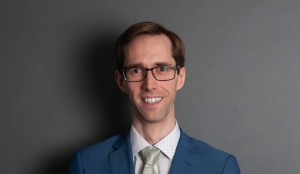 Advertisers of food and consumer goods need to pay careful attention to the nature of the claims they make in advertising in order not to cross the line rendering their product a therapeutic good.

The Australian Therapeutic Goods Administration (TGA) has released its first annual advertising compliance report since becoming the sole therapeutic goods complaints handling body in July 2018.  The report provides insight into the state of advertising compliance and the TGA's strategy to address breaches.  A key message from that report is that retailers advertising food and consumer products lack understanding of therapeutic goods regulation in Australia and are exposing themselves to sanctions.

The results in the TGA report suggest that many producers either lack understanding of the specific requirements for advertising therapeutic goods, or struggle to navigate the complex therapeutic goods regulatory framework more generally.  Of 1468 complaints about non-compliant advertising received in the 2018-2019 financial year 68.5% were classed as low risk – representing isolated instances of non-compliance with minimal risk of harm to the public.  A further 30.7% of cases were considered medium risk – involving repeat or ongoing non-compliance with low risk of harm.  High and critical risk cases only amounted to 0.8% of the complaints received during the year.

By far the most common type of complaint related to advertising of products which were not listed on the Australian Register of Therapeutic Goods (ARTG).  These predominantly involved products which were required to be registered on the ARTG.  The majority of cases involved lower risk cosmetic, skin care and general wellbeing products.  Of these the largest single category of complaints related to prescription medicines used for cosmetic purposes, such as wrinkle reduction.  The prominence of complaints relating to cosmetic products highlights the challenges associated with "interface products" – products such as foods, cosmetics and consumer goods which are not necessarily regulated as therapeutic goods, but which cross over into this category if they are promoted for therapeutic use.

A good is promoted for therapeutic use if a claim in relation to the good relates to:

(a)  preventing, diagnosing, curing or alleviating a disease, ailment, defect or injury in persons; or

(b)  influencing, inhibiting or modifying a physiological process in persons;

(c)  testing the susceptibility of persons to a disease or ailment; or

(d)  influencing, controlling or preventing conception in persons; or

(e)  testing for pregnancy in persons; or

(f)  the replacement or modification of parts of the anatomy in persons.

It is easy to see how the focus on wellbeing and claims made in relation to foods and consumer products can easily stray into this area.

Over the course of the last year, the TGA has adopted a risk based approach to complaint handling with a strong focus on educating stakeholders regarding their obligations.  Despite this, the TGA has also shown a willingness to vigorously enforce the Act in high risk cases.  For example, a $10 million penalty was ordered by the Federal Court against Peptide Clinics Pty Ltd for breaching the ban on advertising prescription medicines to the public.

Low risk cases were predominantly addressed by sending letters informing advertisers of their regulatory obligations and requesting they review their advertising material.  In approximately 10% of cases, the TGA issued requests to remove product listings and a further 3% were referred to other regulatory agencies (e.g. the competition regulator, the ACCC).  Low risk cases were not formally investigated and no formal regulatory finding was made by the TGA, so no data is available about the type of contraventions involved.

Cases of medium risk and above were formally investigated, a finding made and the details published by the TGA.  In these cases the most common breaches of the Therapeutic Goods Act related to advertising unregistered goods, followed by making restricted representations about products (e.g. about the treatment of serious conditions) without approval.  The most common breaches of the Advertising Code, by a substantial margin, related to misleading advertising.  Claims considered misleading included inappropriate use of statistics, ambiguous wording and use of phrases such as "clinically tested" or "clinically proven" without appropriate supporting evidence.

Overall the first annual compliance report suggests that the majority of contraventions of therapeutics advertising are isolated incidents which likely result from poor understanding of advertising requirements.  Although the TGA aims to address these breaches through education as far as possible, care needs to be taken as repeated breaches or breaches which pose a risk to the public can and do result in substantial penalties.