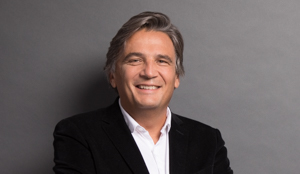 In its judgment produced on the 2 September, the commercial court of Paris considered that a dozen clauses of the general terms and conditions of use imposed by Amazon on its partners to be particularly imbalanced, and that they therefore did not comply with the rules set out in the trade code.

These clauses allow, for instance, Amazon to unilaterally change its business terms or close the account of one of its sellers without explanation or notice. The court also decided to require Amazon to change its terms and conditions of use within six months. If compliance is not completed within the allotted time, Amazon will have to pay a fine of 10,000 euros per day of delay. This is the first time that such a penalty - particularly important to ensure the effectiveness of the sanction - is decided by the Commercial Court at the request of the Minister. In addition, the court sanctioned Amazon with a fine of 4 million Euros, which represents the largest fine imposed in proceedings of this type.

This judgment follows an investigation conducted by the DGCCRF between 2016 and 2017, which concerned the business practices of all the major digital "marketplaces" then present on the French market. On the basis of the findings of the DGCCRF agents, Bruno Le Maire, Minister of Economy and Finance, and guarantor of economic public order, had referred Amazon to the Paris Commercial Court.

"Marketplaces" and digital platforms have become consumers’ favorite choice to connect with third-party companies. It is reported than more than 60% of consumer transactions are made via a platform. 22% of the value of e-commerce is generated by business selling their products and services on online platforms.

Yet, third-party companies are often small businesses that need the notoriety of these platforms to reach consumers. There is thus a structural imbalance between the different parties and consequently an imbalance of power. To guarantee the smooth function of these markets, the authorities aim to avoid that imbalance translating into unfair contractual clauses or legal practices, both at EU and domestic level.

In France, the DGCCRF is charged with monitoring for the presence of significant imbalances in commercial relationships thereby guaranteeing the continued function of the market and the protection of French businesses. As guarantor of economic public order, the Minster of the Economy can refer businesses to appear before the commercial courts. This to consider the imposition of legal sanctions on contractual clauses and practices claimed to undermine fair commercial relations. As an example of this type of practice, the Minister has already had two online travel agencies condemned for significant imbalance in their relations with hoteliers.

French Government considers that “the role of the state is to guarantee economic order and protect the interests of consumers. The digital giants must respect the rules of competition and pay a fair tax rate. That is the whole point of the work being done at the OECD to find a solution, as soon as possible, in the regulation of the digital giants. The government is therefore resolutely committed ’to promoting and defending a fair and transparent digital economy which serves French consumers."

This judgement anticipates the changes set by the “Platform to Business Regulation” 2019/1150 published by the European Parliament and Council in June of this year, which will come into effect in July 2020 This legislative initiative comes after a complaint to the Commission by traders selling online via marketplaces, hotels using booking platforms and app developers, particularly SMEs, regarding what they saw as the unfair practices of the online platforms they use to reach consumers. The new rules are aimed at creating a fair, transparent and more predictable environment for businesses and traders, when using online platforms. The Regulation brings with it some notable new obligations for online platforms including:

• Ban of certain practices deemed to be unfair (eg. platform will have to provide business users with the reasons for restricting or suspending individual products/ service)
• Greater transparency (such as information obligation to businesses about the main parameters determining how goods and services are ranked, or business users will have to be informed of any modification of the Terms and Conditions with reasonable notice period.)
• An internal complaint handling mechanisms and greater access to out-of-court dispute settlement through easily accessible external mediators.

In particular, EU law-makers noted their ambition to promote the potential for innovation in this area of the digital economy while preserving a healthy competition which could provide consumers with greater choice.

In this context, the Amazon decision by the Paris court reflects a continued trend on the part of national authorities to anticipate the requirements of European regulation for on-line platforms towards greater fairness and transparency  and translate them into a concrete regulatory reality within the French market. Private sector players active in this area of the economy can therefore expect an evolution in French regulation and enforcement as EU law will be interpreted and applied nationally.