Facebook - at the cross-roads of data protection and competition law 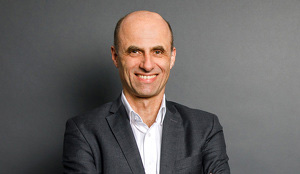 On Thursday, 7 February 2019, Germany’s competition watchdog Bundeskartellamt (German Federal Cartel Office, FCO) handed down its long-awaited decision on Facebook. It took the FCO nearly three years to conclude the proceedings – quite a long time for a very dynamic industry where players and customers tend to move quickly. But there are good reasons why it took a while to come up with this decision: It is based on a ground-breaking approach to linking data protection and competition law.

It is important to remember that the FCO is not a data protection authority. Its role is to apply German and EU competition law to protect the freedom of competition. Basically, this means that the FCO investigates restrictive agreements between undertakings, ensures competitive market structures by investigating certain mergers and acquisitions and enforces the rules against abusive practices of dominant market players.

It is this latter aspect, the abuse of a market dominant position, which provides the competition law framework applied by the FCO against Facebook. Accordingly, the FCO considers that Facebook [1] enjoys a dominant market position and [2] is behaving abusively.

But how exactly does data protection law weigh-in? Not so much in the first step of considering Facebook to be market dominant. That doesn’t mean, however, that the FCO’s conclusion on Facebook’s market position is necessarily clear-cut. It certainly raises questions about the definition of the relevant product market and Facebook's perceived dominant position in that market. The decision is not yet available but according to the press release and accompanying statements, the FCO defines the relevant market as the German market for social networks – not including services like Snapchat, YouTube or Twitter and not including other networks like LinkedIn and Xing. In the FCO's opinion, Snapchat, YouTube and Twitter seem to be different products to Facebook, at least from a consumer’s point of view, in that they provide specific services which constitute only a fraction of what a social network like Facebook is offering its customers. The FCO chairman notes that even if these specific services were included in the relevant market, the Facebook group with its subsidiaries Instagram and WhatsApp would still achieve very high market shares that would very likely be indicative of a monopolisation process. Likewise “professional” networks such as LinkedIn and Xing satisfy different, complementary needs according to the FCO’s findings and have not been included in the relevant product market. Although the FCO acknowledges that these specific services and professional networks do partly compete with Facebook, private end customers are considered to be using them mainly for different purposes. Thus the FCO considers these players to exert merely substitutional competition (from outside the relevant market) on Facebook. Geographically, the FCO considers the market to be limited to Germany, since it found that German users use social networks mainly to network with contacts within Germany.

In that relevant market for social networks, Facebook is considered market dominant as a result of having a market share of more than 95% for daily active users and more than 80% for monthly active users when investigated by the FCO. But not only were these market shares considered decisive: the FCO also referred to direct network effects (social networks being more attractive to users the more other users there are) as well as to indirect network effects (social networks being more attractive to the advertising industry the more users there are). The FCO considers that the barriers to enter the market for social networks are high.  Also, according to the FCO's findings, users do not to a “relevant extent” make use of multi-homing (parallel use of different networks) and, last but not least, the FCO referred to Facebook's access to relevant market data, especially to the personal data of its users.

While one is inclined, intuitively, to consider Facebook to be the key player in this field of business it seems also that the demarcation of this market is very narrow. Moreover, this sector is highly dynamic and hugely influenced by the ever changing habits of (younger) end-users, meaning that an existing market position in terms of actual market shares, network effects and economies of that scale might be relatively easy to challenge. Therefore, the barriers to entry may not be very high if the market for social networks is defined narrowly. It will be interesting to see in more detail how the FCO assesses and weighs these economic interdependencies when the decision is published.

Abusive terms and conditions – the interface with data protection

No less interesting is the FCO’s approach when it comes to linking data protection and competition law. It is the extent to which Facebook collects, merges and uses data in user accounts that is considered by the FCO to be an abuse of Facebook's dominant position.

The FCO stresses that its intervention is not about the processing of data generated by using Facebook’s own website; this is seen as an essential component of a social network and its data-based business model and thus something users generally are aware of. The FCO rather focuses on Facebook’s practice of collecting data from third party sources, of allocating these to the users’ Facebook accounts and of using them for numerous data processing processes. For these purposes,  “third party sources”  means both Facebook-owned services such as Instagram or WhatsApp as well as third party websites and apps. The FCO states that where “Like” or “Share” buttons are included, data will flow to Facebook once a website is visited, irrespective of whether or not a button is actually clicked on. Even without a button being visible to the user of a website, user data may be transmitted to Facebook if the website operator uses Facebook’s “Facebook Analytics” service.

But why does the FCO consider that this practice of collecting data from third party websites and assigning them to a Facebook user account constitutes the abuse of a market dominant position?

In the authority’s assessment, this practice is an exploitative abuse, not in the form of asking for excessive prices but in the specific form of using exploitative terms and conditions.The FCO stresses that is has based its decision only on German competition law, not on EU competition law and its basically similar prohibition of abusive behavior pursuant to Art. 102 TFEU. The FCO states that Art. 102 TFEU would also “generally” have provided the legal basis for the proceedings against Facebook but highlights the fact that it is only in Germany that there is last instance court case law allowing fundamental rights, as well as other law principles such as data protection law to be considered when assessing a certain behavior as abusive. Although the FCO states that it coordinated closely with the EU Commission and other national competition authorities, it seems fair to say this decision is “German” in more than one way, not only considering where it has been decided but also considering the legal basis on which it has been taken with – apparently only using German competition law.

The case law the FCO is referring to is mainly the Federal Supreme Court’s decision “VBL-Gegenwert”, KRZ 61/11 of 16 November 2013 (in which the author was involved regarding the competition law aspects). In that decision, the Federal Supreme Court clarified that the infringement of German civil law rules on general terms and conditions committed by the undertaking in question also directly resulted in this behavior being considered as abusive under German competition law. It is this specific German legal twist of linking the exploitative abuse of a market dominant position to civil law principles intended to protect the weaker party to a contract which allows the FCO to define an abuse of dominance by referring to data protection law which, likewise, is meant to protect consumers against unlawful behavior of the “stronger” party, in this case unjustified processing of personal data.

On this basis, the FCO has scrutinized Facebook’s terms and conditions and concluded that consumers don’t have the choice of withholding their consent to the collection of data from third party sources, but may only opt for giving their consent or leave Facebook altogether. The FCO stresses that there is no valid justification on basis of data protection principles (datenschutzrechtliche Wertungen) for collecting and processing data from third party services as described above, including data from services owned by Facebook. The user’s consent to this practice is not considered valid since access to Facebook’s services depends on giving this consent. Finally, the FCO stresses that exploitative practices to the detriment of the consumers using Facebook is all the more critical if the exploitative practice also impedes competitors that are “not able to amass such a treasure trove of data”.

It will be interesting to see in more detail, when the full decision is published, how exactly the FCO argued this case at the cross-roads of competition law and a different, non-competition law based regulatory framework - data protection. The FCO stresses that it “closely cooperated with leading data protection authorities in clarifying the data protection issues involved” but it claims that it has competences at this interface that a data protection commissioner “is not able to fulfill”.

To conclude, it seems the above mentioned Federal Supreme Court decision has paved the way for the effective application of German competition law at the intersection of competition law and data protection law. For that reason, it is a very “German” decision and it will be interesting to see the potential impact on other national competition laws and, most importantly, on the EU Commission’s practice under EU competition law.

Facebook has already announced that it will appeal against the FCO’s decision and will make an application to the Higher Regional Court of Düsseldorf.

[2] Preliminary assessment in Facebook proceeding: Facebook's collection and use of data from third-party sources is abusive – 2017