National Minimum Wage – A reminder of the common pitfalls 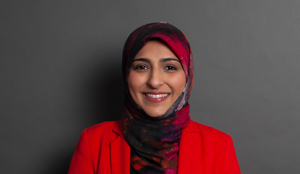 In early July, the names of 239 employers who underpaid the National Living and Minimum Wage were published by the government. A record 22,400 UK workers are to receive a total of £1.44m in backpay, with the employers being fined £1.97m in total, more than in any previous single naming list.

The funding for minimum wage enforcement has more than doubled since 2015 and the government is set to spend a further £26.3m on enforcement during 2018/19. Additionally, the government is currently running a campaign to raise awareness of the National Living Wage and National Minimum Wage rates, as well as encouraging workers who have been underpaid to complain to HMRC.

Employers who fail to pay workers the National Living / Minimum Wage are required to pay arrears of wages at the current minimum wage rates and also face financial penalties of up to 200% of such arrears, capped at a maximum of £20,000 per worker. Aside from the financial penalties, HMRC will also refer the case to the Department of Business, Energy and Industrial Strategy (BEIS) to consider whether to name the employer publicly.

With this in mind, it's a good time for a reminder as to the common pitfalls when calculating the National Minimum/ Living Wage (referred to below collectively as “NMW”). Employers often rely on their payroll software to pick up any irregularities but this is not always fool proof. We have set out below the top five reasons for NMW underpayments in this enforcement round, together with an explanation of how to get it right.

1. Taking deductions from wages for costs such as uniforms

There are certain deductions from wages or payments by workers that reduce pay for NMW purposes – ie. a worker should still be receiving at least the NMW after such deductions or payments have been taken into account.  These include expenses incurred by workers in connection with their employment such as the cost of work-related equipment and the purchase and/or cleaning of uniforms.

This point is particularly relevant for employers in the retail, leisure and hospitality sectors where it is relatively common for employers to require workers to wear a uniform. The cost of such uniform may only be lawfully deducted from the worker’s pay (or paid by the worker directly to the employer or a third party) if, following the deduction or payment, the worker’s pay remains at or above the relevant NMW rate.

Other deductions that reduce pay for NMW purposes include deductions or payments by workers for the employer's use or benefit or in respect of living accommodation to the extent such cost exceeds the accommodation allowance (see below).

There are some deductions that do not reduce pay for NMW purposes. These include statutory deductions (for income tax and National Insurance), repayments of an agreed advance or loan, recovery of an overpayment of wages and contractual deductions or penalties.

Again, employers should keep a record of any business-related travel and time spent training (including any time spent travelling to the training venue) to ensure that this is recorded accurately as working time for NMW purposes.

As a general rule, the value of most benefits in kind will not count towards the NMW. However, the exception to this is that the value of any accommodation provided by the employer up to the “accommodation allowance or off-set” (currently £7 a day, although this changes annually) may be taken into account as follows:

The above applies irrespective of whether rent is payable as a deduction from wages or by way of a separate payment from the worker to the employer. It is worth noting that the accommodation allowance or offset includes not only rent but also any charges for utilities.

In February 2015, the government updated its guidance for employers on calculation of the national minimum wage (see BEIS, Calculating the minimum wage). There is also a regularly updated National Minimum Wage calculator which employees can use to check whether they are being paid the NMW.

Acas has also published its own guidance on the NMW, which is available on its website (see Acas: National Minimum Wage and National Living Wage).