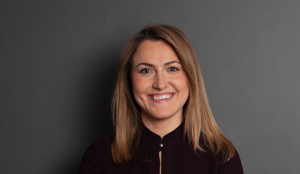 With new trends, technology, trials and tribulations on the horizon, we take a look at what this year might bring for IP in the fashion industry.

In July 2016, the Court of Appeal of England and Wales upheld a decision of the High Court to grant Cartier an injunction which required the major UK internet service providers (ISPs) to block access to certain websites selling counterfeit Cartier goods. It was the first time under English law that a blocking order of this type had been granted to restrain infringement of trade marks, and the case had important implications for brand owners seeking to police online infringement of their marks.

The orders were made under Section 37(1) of the Senior Courts Act 1981. This was because Article 11 of Directive 2004/48/EC on the enforcement of intellectual property rights (which obliges Member States to ensure rightsholders are able to apply for an injunction against intermediaries whose services are used by a third party to infringe an intellectual property right) had not been implemented in UK law.

The Court of Appeal held by a majority that the ISPs were required to bear the costs of implementing this type of order (rather than rightsholders). It was noted that the fact that the costs of implementation were to be borne by the ISPs would be a highly material consideration in assessing the proportionality of relief sought, however it was not sufficient alone for the relief to be refused on the facts of the Cartier case. The Court of Appeal nonetheless endorsed the High Court Judge's view that the issue of costs should be kept under review in future applications, especially in light of the ISPs' concerns about the cumulative costs of implementation.

Some of the ISPs (BT and EE) appealed to the Supreme Court on the issue of whether they should be required to bear the costs of the blocking injunctions. As the CJEU has, in the meantime, delivered a judgment in another case1 which appears to depart from the previous EU-level position on intermediary costs with which the Court of Appeal's decision was in keeping, the outcome of the appeal is eagerly awaited by ISPs and rightsholders alike.

The Supreme Court heard the appeal on 30 January 2018 and, at the time of writing, the Court's decision is still pending. If the outcome is a shift onto brand owners of the costs incurred by ISPs in implementing blocking injunctions, they may become a less attractive weapon for brand owners in the battle against online counterfeits.

2017 ended with a judgment2 handed down in December in which the Court of Justice of the European Union (CJEU) held that, provided certain criteria are met, luxury brand owners are able to rely on the luxury image of their products as the sole justification for implementing a selective distribution system. The effect of the decision is that authorised distributors can be prevented from selling luxury goods on Amazon, eBay and similar platforms. National competition regulators will not be able to take action against such restrictions provided the selective distribution criteria are objective, non-discriminatory and applied uniformly.

In the meantime, the EU Commission is in 2018 expected to deliver proposals for legislative reform "to ensure that platforms operate properly and illegal content is not online"3. Its Communications to date stress "the need for online platforms to act more responsibly and step up EU-wide self-regulatory efforts to remove illegal content", suggesting an intention to make e-commerce platforms accept more responsibility, and potentially liability, for the sale of counterfeit goods on their sites.

The rise and rise of personalisation

It has been observed that we are in the 'Age of You'4, and consumers' ability to personalise products and experiences is set to accelerate - both the types of product that can be personalised and the forms that personalisation takes. While offering considerable opportunities, personalisation can carry risks from an IP and reputational perspective.

Consumers are accustomed to personalisation in the sphere of tech products. By their very nature, they facilitate customised experiences which give the impression that tech brands personalise their offerings and adapt to their customers' needs. The challenge for brands that produce tangible goods (including clothing, footwear, accessories and more) is to create the same impression on customers so that they can compete in the 'Age of You'.

Lower risk from a brand protection perspective is what can be described as 'dual branding' – allowing the consumer to mark their own 'brand' (their name or initials) alongside the main brand name. As the design and trade mark are not altered in this form of personalisation, there is little to concern brands about protection of their IP rights. While potential issues may increase the more artistic licence is given to the consumer, this can typically be effectively addressed by the inclusion of appropriate provisions in terms and conditions to ensure that any newly arising IP rights vest in the retailer.

Another form of personalisation which can have wider implications for IP rights is where branding is removed from the product entirely (or at least from its normal place) and is replaced with another name, word or image. Examples include Ralph Lauren allowing customers to replace its well-known Polo horse with dogs, monograms and other logos on its apparel, and Nike's 'NikeiD' program which allows customers to select the colour, material and pattern of their shoe and even replace the Nike 'swoosh' logo with text.

Examples from the food sector, such as Coca-Cola's 'Share a Coke' campaign, indicate that brands can often increase their recognisability and broaden aspects of their IP protection by removing their brand name or logo from products and replacing it with other words or names in the same font, style and colours. However, advance and careful consideration in the context of an overall brand strategy is required to ensure that core aspects of the brand are not weakened or damaged, whether through dilution or mischievous use of unrestricted personalisation.

While many are familiar with blockchain in the context of cryptocurrencies such as Bitcoin, the decentralised distributed ledger technology is rapidly being adopted by various industries for various purposes. Functioning as it does, with no central server holding control over the database and "time-stamped" batches of valid entries aggregated into data structure blocks, blockchain's potential applications within the fashion industry are vast and the consequences potentially revolutionary.

Although the use of blockchain in the fashion industry is still in its infancy, the New York and Shangahi based label, Babyghost, incorporated blockchain technology into its Spring/Summer 2017 collection, incorporating near-field communication (NFC) chips into the clothing and allowing users' NFC-enabled devices to 'read' the item's 'story'. This could, in time, include "time stamps" along the entire supply chain, enabling customers to not only check that an item is genuine, but also satisfying growing consumer demand to know where and by whom fashion items have been sourced and produced.

As well as helping tackle counterfeits, blockchain also has the potential to help in recording the design process in case it subsequently needs to be evidenced in infringement proceedings, and in collecting evidence of use and reputation in trade mark proceedings.

Given its potential benefits, 2018 is likely to see more early adopters of blockchain within the fashion industry, and collaborations between fashion labels and tech companies to make it happen. Given its potential applications for both commercial and brand protection purposes, Legal and Commercial teams within fashion brands and retailers are likely to have a common interest in at least exploring blockchain. However, while it may be something to be embraced by those often copied, for counterfeiters and those who sail close to the wind, it's a technology that might represent more of a threat.

Design protection in the run-up to Brexit

As has been well-documented and widely commented, while much uncertainty currently remains around IP protection post-Brexit, it seems likely that the EU design regime will cease to apply in the UK when it leaves. This has ramifications for both registered and unregistered designs.

While likely that the UK government will introduce a mechanism by which existing Registered Community Designs (RCDs) can be 'converted' into equivalent UK Registered Designs (UKRDs), it is expected that some brands will continue to file both RCD and UKRD applications for new key designs.

The impact on unregistered designs is more complex and potentially more problematic for designers as the UK unregistered design right (UKUDR) regime does not mirror the unregistered Community design right (UCD). For instance, UCD protects the appearance of the whole or a part of a product (2D or 3D designs), whereas UKUDR only protects shape/configuration excluding surface decoration (effectively only 3D designs). The validity requirements for UCD are that the design be novel and have individual character over prior designs, whereas for UKUDR the design must be original (i.e. not copied) and not commonplace. Finally, for UKUDR, there are a number of complex 'qualification' criteria which in some cases mean that designs created by non-EU designers will not qualify for UKUDR protection at all.

A consequence of this mismatch is that some designs may potentially only attract UCD protection but not UKUDR protection and therefore, post-Brexit, have no protection at all if not registered. This is of particular relevance to fashion designers and houses which often rely on unregistered design rights given the relatively short life-cycle of some fashion designs which can mean that obtaining registration isn't justified.

A further difficulty is that, under the current EU design legislation, it is likely that new designs first made available to the public (for example, displayed at a trade show) outside the EU, will immediately lose any UCD protection entitlement which they might have had if they had first been displayed inside the EU. Once the UK leaves the EU, this would mean that a new design first displayed within the UK would not then obtain UCD protection in the EU. Unless a RCD had been obtained, the design could be unprotected.

It remains to be seen whether 2018 will bring clarity in the form of planned new UK design legislation. In the meantime, designers are likely to continue to be advised to register their most commercially valuable designs.

This article first appeared in the February 2018 edition of Intellectual Property Magazine.