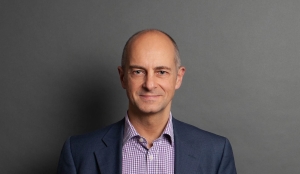 This overview is taken from Bird & Bird's Trade Secrets Directive Tracker which can be accessed here.

In addition, the level of protection under national laws in a number of Member States was generally considered insufficient compared to the protection afforded in other countries, in particular the United States.

The Directive therefore had the objectives of both harmonising the protection of trade secrets in the EU and ensuring a minimum standard of protection.

At the time of writing, legislation to implement the Directive has been passed in the majority of European jurisdictions in which Bird & Bird has offices: Belgium, Denmark, Finland, France, Hungary, Italy, Poland, Slovakia, Sweden and the UK.

In the UK, the Directive was implemented by the Trade Secrets (Enforcement etc) Regulations 2018 which came into force on the implementation deadline. The changes to UK law are perceived to be relatively minor and the existing law of confidential information remains in force in parallel with the Regulations. Nonetheless, we have seen that parties to breach of confidence disputes are relying on the Regulations in addition to common law principles, for example to provide a statutory basis for an injunction (Regulation 14).

The approach to implementation in other jurisdictions has varied depending on the existing scope of protection and therefore the extent to which the law needs to be updated. For example, in Finland where trade secrets were previously principally a criminal law issue, a new civil law has been introduced which will provide additional remedies to trade secrets holders.

In contrast, other jurisdictions have taken this opportunity to introduce new criminal sanctions where previously there was only civil liability, despite the fact that the Directive specifically excludes criminal liability from its remit. For example, in Italy criminal sanctions may now be increased if the unauthorised behaviour in relation to trade secrets is performed with IT equipment and in Poland criminal liability is extended to the misuse of trade secrets acquired during the course of legal proceedings (this provision being aimed at the parties to the proceedings as well as witnesses and experts).

One interesting issue is the extent to which a saise (a method of collecting evidence available in IP disputes in some jurisdictions) may be available in respect of proceedings concerning misuse of trade secrets. No new provisions relating to saises are introduced by the French and Belgian implementations, however in the Netherlands the explanatory note to the new law suggests that the existing case law provides a sufficient legal basis for saises for the enforcement of trade secrets (albeit the implementation is not quite finalised). This is potentially a powerful tool for trade secrets holders.

Significant legislative progress has been made in the Netherlands where a final vote is expected on a new law in the near future.

In Germany, Spain and the Czech Republic progress is being made however the likely date for implementation of new legislation is still likely to be several months away.

The upshot is that whilst trade secret enforcement within the EU should become more attractive, businesses will still need to be mindful of the substantive and procedural differences between jurisdictions.