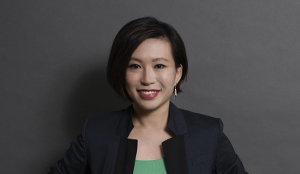 In this issue of Bird & Bird's Frontline APAC, we will look back at the significant changes that came into effect in the last quarter across Australia, Hong Kong, the People's Republic of China (PRC) and Singapore.

Our Case Updates look at Australian rulings which provide some insights as to the interpretation of:

We will also look at:

Our Legal Updates include changes to statutory entitlements and benefits across the APAC region such as:

At the end of the term of the last of these contracts, Navitas decided not to offer a further contract due to concerns regarding Mr Khayam's performance. Mr Navitas made an unfair dismissal application to the Fair Work Commission ("FWC").

The limitations on discretionary bonus clauses

Employment contracts, particularly for senior or executive employees, often contain discretionary bonus clauses. Such clauses are generally drafted to give employers absolute discretion in respect of determining the amount of and entitlement to bonuses. However, the recent decision of Crowe Horwath (Aust) Pty Ltd v Loone [2017] VSC 163 confirms this decision is in no way absolute or unfettered.

In the case Fair Work Ombudsman v Blue Impression Pty Ltd & Ors (No.2) [2017] FCCA 2797, the defendant, Blue Impression Pty Ltd, operated a Japanese fast food outlet and used Ezy Accounting 123 Pty Ltd ("Ezy") for accounting services which included book keeping, data entry and processing of wage payments. In February 2017, Blue Impression engaged a third party employment specialist to audit the restaurant. The specialist also provided advice to Ezy and as a result, Ezy was made aware it was paying incorrect rates to its employees. Ezy subsequently admitted that due to the setup of the payment system after the audit finding, it was likely that there were further underpayments to the employees. Despite this acknowledgement, no changes were made to the system. As a result, Blue Impression underpaid two of its employees a total of $9,549.47.

In this decision, the Federal Circuit Court of Australia ("FCCA") ultimately found Ezy to be an accessory to its client's breach of the Fair Work Act.

Third party service providers such as accountants, auditors, lawyers and consultants have a responsibility to uphold the law in the course of their work and importantly in the services they provide their clients. A failure to do so will likely result in penalties being awarded against them.

Despite the current lack of specific legislation covering discrimination on the ground of sexual orientation in Hong Kong, the Hong Kong courts have shown a shift towards greater recognition and protection of LGBT rights. In a recent landmark case of QT v. Director of Immigration CACV 117/2016, the Court of Appeal ("CA") concluded that the differential treatment based on sexual orientation in determining dependant visa application is unjustified.

QT entered into a civil partnership with her same-sex partner, SS, in England. When QT was later employed with an employment visa to work in Hong Kong, she applied to the Immigration Department for a dependant visa with SS as her spouse. The Director of Immigration rejected QT's application on the ground that she was not a "spouse" within the meaning of Hong Kong Immigration Policy, and thereby failed the Eligibility Requirement for a dependant visa.

Ascertaining an employee's intention behind misconduct in summary dismissal cases

In the case of Cheung Chi Wah Patrick v Hong Kong Cement Co Ltd [2017] HKCU 2291, upon the employer's appeal of the Labour Tribunal's decision, the Hong Kong Court of First Instance ("CFI") considered whether an employer was entitled to summarily dismiss an employee on the ground that the employee had committed gross misconduct.

Mr Patrick Cheung ("Mr Cheung") was the Financial Controller of TCC International Limited ("TCCIL"), which is the main shareholder of TCC International Holdings Limited ("TCCIH"), a company that wholly owned Hong Kong Cement Co Ltd ("Appellant"). When assisting TCCIL to determine the quantity of excess right shares to apply on behalf of TCCIL in a rights issue exercise, Mr Cheung sought legal advice following his supervisor's instructions. However, Mr Cheung honestly misunderstood the legal advice and made a wrong decision, the rectification of which caused loss to TCCIL. Mr Cheung was subsequently summarily dismissed on the basis that he had committed gross negligence in carrying out his duties. Mr Cheung commenced a claim against the employer in the Labour Tribunal for wrongful termination, claiming that the summary dismissal was not justified.

Proposed New Protections for Whistleblowers in the Private Sector

The Bill seeks to amend the Corporations Act 2001 (Cth) as well as the Taxation Administration Act 1953 (Cth) to extend the scope of protection for whistleblowers in the private sector and clarify the offence of victimisation of whistleblowers.

The proposed changes will require public and large proprietary companies to create a whistleblower policy detailing the statutory protections that are available to employees who disclose dishonest or illegal conduct within the company by 1 January 2019.

Status of the Employment (Amendment) Bill 2017

After the exercise, the Government was requested to provide further information on: (i) the reporting of information obtained in connection with conciliation or mediation to the court in other legal proceedings; and (ii) employees' entitlement to wages and employment benefits/compensation during the period between the date of dismissal and the date of reinstatement or re-engagement.

Recently, the Ministry of Human Resources and Social Security decided to abolish several measures, including the "Measures on Economic Remedies for Breach and Termination of Employment Contracts" (MHRSS [1994] No. 481, which are referred to within the industry as "Document No. 481").

Document No.481's repeal has a number of important consequences:

More Tripartite Standards are expected to be released in 2018, in addition to the five released in 2017 on term contract employees, flexible work arrangements, grievance handling, recruitment practices and procurement of services from media freelancers.

Quick Response (QR) codes will be printed on new work passes, which can be read using the new SGWorkPass mobile app. This system is to facilitate verification of variable employment information on the work pass.

The new system will be implemented in phases:

The new card with the QR code will be implemented for issuance, renewal or replacement of work pass cards from the start of the relevant implementation phase for that work pass. For other employees who are already on a work pass and who have received a card before the implementation phase, the existing cards are still valid and can continue to be used until the next issuance, renewal or replacement.

Changes to the Workplace Safety and Health Act