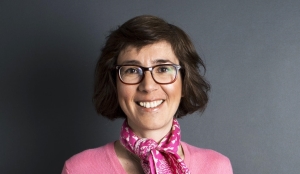 Criminal law in France lays down a simple, clear, two-fold rule: everyone is responsible for his or her own actions and one bears responsibility only for one’s actions.

For companies, this rule implies that both the principal and the agent, whether salaried or not, acting alone or under the orders of a manager, are liable for the offences they personally commit. It also means that no one can be held responsible for criminal offenses perpetrated by a third party.

The French rules regarding the liability of legal entities, whether private or public (except the State), have evolved. Before 1994, there was no criminal liability against legal entities. After 1994, only certain offenses were borne by them. For example, a company could be prosecuted for breach of trust or theft, but not in cases of abuse of corporate assets, because at the time, this offense was only foreseen for individuals. Since the "Perben II" law of March 9, 2004, applicable since 2006, the rule is that legal entities can be held liable for all existing offenses.

Criminal law now affects legal entities beyond purely financial offenses. For example, a public legal entity was recently convicted by a criminal court for deliberately endangering the lives of others for exposing individuals to asbestos. The French oil company Total was fined 375,000 EUR and an additional 171 million EUR worth of damages awarded to the victims in the "Erika" lawsuit for pollution offences. The liability of the individuals – the ship-owner and the manager of the vessel – was also retained for negligence.

Notwithstanding damages, companies are exposed to a wide range of criminal sanctions: fines, exclusion from public procurements, prohibition from carrying out an activity, closure of an establishment, dissolution, etc.

The criminal liability of a legal entity is engaged by its corporate bodies and representatives if they perpetrate any criminal offences on its behalf or in its interest. Similarly, the holder of a delegation of authority binds the legal entity while exempting the company director. Employees who do not hold such a delegation will be solely responsible. The legal entity, however, can be prosecuted if the offence was perpetrated for its benefit. On the other hand, if the employee acted in his or her sole interest, the undertaking cannot be held liable unless it can be proven that it provided the necessary means for the perpetration of the offence. Finally, a managing officer who has not taken "adequate measures to avoid the perpetration of the offence" may be prosecuted alongside the perpetrator and the legal entity. This is called cumulative liability.

Reid Whitten, partner at Sheppard, Mullin, Richter & Hampton, posits that American law is more effective because it applies the Respondeat Superior principle. According to this principle, the legal entity is liable on a criminal perspective as soon as the employee commits an offence in the course of his or her employment. The doctrine of "collective knowledge" also facilitates the prosecution of companies since the public prosecutor may collect the knowledge of several employees to characterize the company’s criminal intent.

The notion of "complicity" also makes it possible to retain the cumulative responsibility between the perpetrator, the legal entity and its managing officers. This would be the case for the French cement company Lafarge, which is under investigation alongside eight former executives for violating an embargo, endangering the lives of others, terrorist financing and complicity in crimes against humanity. Lafarge is primarily accused of having traded with armed groups and terror cells, as well as having contributed to the atrocities committed by the Islamic State by paying several million dollars in order to continue operating. Lafarge's Syrian subsidiary has also been placed under official investigation. Indeed, a foreign entity be held liable, particularly when it has committed an offence in France or when the victims are French citizens. While in France, proceedings must be brought for each legal entity separately, some legislations, such as the Canadian constitution, make it easier to prosecute a group of companies as a whole.

In many countries, the fight against corruption and financial and tax offences is increasingly reflected in judicial searches of company premises. The challenge for the most exposed companies is to prepare their staff for these types of "flash" investigations, which are carried out by specialized investigators. Prior implementation of legal compliance programs and the commitment of employees to a risk-prevention culture enable companies to protect themselves against individual wrongdoings.

Inspired by Common law, French criminal law is evolving: it is gradually moving from a defense mechanism towards a negotiation mechanism. As of 2004, the legislator introduced "alternative measures to prosecution" such as settlements, criminal mediation or plea bargaining. In the area of corruption, the "Sapin II" law further introduced the possibility of reaching a judicial agreement in the public interest with the public prosecutor's office. However, individuals who remain prosecuted are excluded. For the other schemes, from which individuals can benefit, one could then observe that a company acknowledges its guilt in exchange for the abandonment of proceedings against the managing officer. This could lead to a scenario whereby a legal entity’s financial liability could be pitted against the individual’s redemption.