Marketing and Advertising Compliance for Foreign Businesses in China 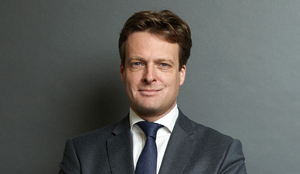 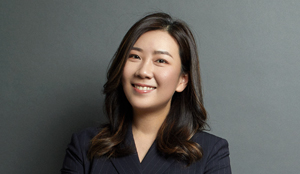 Increased regulation for businesses in China

In the aftermath of revisions to the PRC Advertisement Law in 2015 and to the Internet Advertising Measures end of 2016 we have noticed a recently increased government scrutiny of advertisement forms and contents used by foreign businesses in China.

Recent changes to local regulations about what is and what is not allowed as advertisement messages in China unfortunately went mostly unnoticed. Many international companies interacting with Chinese consumers have therefore missed to respond to these changes and update their internal guidelines and practices.

Multinational as well as medium sized consumer focused enterprises are therefore caught in surprise when Chinese regulators knock at their door, raise accusations of incompliance and demand apologies.

In January 2018, a global hotel chain listed Taiwan, Tibet, Hong Kong and Macau as separate countries on its Chinese website. The local cyberspace administration immediately investigated into it and ordered the hotel chain to make public apologies and shut down the Chinese website and app for a week. This incident continues to ferment as several international companies including famous fast consumer goods companies, medical companies, and airlines who also listed Taiwan as a “country”, instead of a “region” of China are demanded to make public apologies on their official websites and make self-rectification to avoid any repeat.

In addition, a renowned Japanese retail franchise made public apology recently for using an incomplete and inaccurate Chinese map in its product catalogue after being investigated by the local administration for industry and commerce ("AIC"). In another case, a marketing company was fined 1 million yuan for using an inaccurate map in its advertisement.

More recently, a German auto giant drew severe criticisms in China by quoting the Dalai Lama on its Instagram advertisement. Dalai Lama is seen by China as a separatist and this advertisement was considered offending the sensitivities of Chinese people. In response, the company made immediate public apologies and deleted the post.

In November 2017, a pre-trial injunction was issued against a famous Chinese used-car trading company. The company was ordered to cease using "a front runner (遥遥领先) in the used-car trading market" in its advertising and facing unfair-competition charges by its competitor who requested 100 million yuan damages.

In 2015, an international consumer goods giant was fined 6.03 million yuan in China for using a slogan "Teeth could be whitened in just one day using typical toothpaste." The advertisement was digitally enhanced to show whiter teeth rather than reflecting its actual effect.

In August 2017, an e-commerce company used "sugar free, low fat, and no food additives" in its advertisement while in fact the promoted product was a high-calorie food containing 53% fat. The local AIC demanded a fine of 128,000 yuan and ordered it to immediately stop using the advertisement.

In 2017, a Shenzhen company who sells prenatal education instruments was fined 500,000 yuan for using groundless comparative language "other prenatal education instruments lack radiation protection patent and measures". The company was also fined for using absolute wordings and did not state the patent number and patent type mentioned in the advertisement.

In 2017, a software company was fined 20,000 yuan for publishing a pop-up advertising on its website. Although the window can be closed by one click, it would pop up repeatedly in a short time since the company set up a regular restart function which would be activated every 10 seconds.

Minors below 10 years of age shall not act as an advertising spokesperson In 2017, an English training company was fined in the amount of 400,000 yuan for using 10 minor celebrities under age 10 to give positive comments  to its training courses.

Besides, in terms of the advertising spokesperson's responsibility, he/she would bear joint and several liabilities with the company if he/she is aware or should be aware that the advertisement is false yet still provide recommendation or endorsement.