The Taylor Review – a changing landscape? 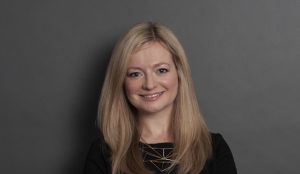 The government-commissioned review of modern working practices by Matthew Taylor, Chief Executive of the Royal Society of the Arts, has been published and it could have a significant impact on workers' rights if its recommendations are put into practice. The report calls for legislative change to help determine employment status more easily and recommends enhancing rights for individuals who are workers rather than employees, a shake-up of the rules on wages and new rights for zero hours workers and agency workers designed to reduce income instability.

The current lack of statutory guidance as to what makes someone a worker rather than an employee or a self-employed contractor has led to the courts filling in the gaps. Recently we have seen Uber drivers and a courier for City Sprint, among others, bringing cases in the Employment Tribunal to establish "worker" status and the associated rights to national minimum wage and holiday pay. If Taylor's recommendations are put into practice, these rights will be extended to the provision of a written statement of particulars on day one at work, statutory sick pay from day one regardless of income level and the choice to receive premium pay instead of taking holiday. Such proposals are likely to lead to detailed consultation given that the first two "worker" rights go beyond what is currently afforded to employees and paying "rolled up" holiday in this way has previously been found to be unlawful by the courts. The SSP proposal may create a significant unanticipated additional cost, particularly given that employers can no longer reclaim statutory sick pay from the government.

Taylor also recommends introducing a statutory test to distinguish more easily between workers (who he suggests renaming as "dependent contractors") and genuinely self-employed people, as well as an online tool and free expedited tribunal hearings to confirm if an individual is a dependent contractor and therefore entitled to take claims to enforce these rights further. The burden of proof for these hearings would be reversed so that the onus to show that the individual is not a dependent contractor or employee would fall on the company. If enacted, the likely effect is that we will see more claims like those brought against Uber and City Sprint.

It is important for companies to remember that there are additional implications too – these types of workers should be automatically enrolled into a pension scheme with employer contributions if they meet the relevant earning thresholds and included in gender pay gap calculations.

Before the publication of the report, there was much speculation as to whether Taylor would suggest banning zero hours contracts to prevent exploitation of workers. Taylor claims a ban would do more harm than good and acknowledges that some people value their flexibility. However, he suggests that contractually guaranteed hours should be paid at the applicable National Minimum Wage, with any additional hours requested by the company paid at a higher standard rate. The intention here is to encourage companies to schedule regular working hours as far as possible so that workers can rely on a certain level of income and receive higher pay when companies demand additional flexibility. In reality this is likely to sharply reduce the practice as this enhanced National Minimum Wage for non-guaranteed hours would increase the cost of hiring zero hours workers. Taylor also calls for the right for zero hours workers to request (but not necessarily be given) fixed hours that reflect their actual work patterns after 12 months in role and for companies to publicly report how many requests are received and accepted.

Platform-based companies operating in the gig economy would be permitted to pay dependent contractors "piece rates" based on output, provided that they can show that an average individual working averagely hard would be capable of earning the National Minimum Wage with a 20% margin of error. Taylor suggests some flexibility here though and indicates that dependent contractors may receive less than the National Minimum Wage if they choose to work when there is little demand, provided that the company informs them in advance of the pay they are likely to receive during that period using real-time data.

Companies should also note that Taylor recommends that all agency workers who have been working for the same hirer for 12 months should be entitled to ask for a permanent position with the hirer. He suggests that hirers would have to give reasonable consideration to these requests and disclose how many are received and accepted. Currently, if agency workers have a contract with their agency providing for a minimum level of pay between assignments, there is no legal requirement to pay them the same as their counterparts who do the same work but are directly engaged by the hirer. The report recommends that this practice is abolished and agency workers should receive equal pay.

Although the remit of Taylor's report did not cover specific changes to the tax system, it was found during the course of Taylor's review that the issue of tax and specifically how it affects those working casually or for themselves and the behaviour it drives was repeatedly raised. Based on evidence provided, the report concludes that the nature of the tax system acts as an incentive for both businesses and individuals to engage in certain practices and workforce models for the specific reason of lowering the tax burden.

Recently, particularly in relation to the "gig" economy, this practice has become more widespread with business being structured to rely in the majority on self-employed labour. Not only does this decrease the tax take for HM Revenue & Customs but it disadvantages other companies or businesses that have a more traditional workforce model.

In addition, an increasing number of people are providing their labour through personal services companies enabling them to minimise the amount of income tax and NICs payable.

The report concludes that treating different forms of employment more equally in the tax system would be fairer, more economically efficient and support better quality work and considers that the current system drives behaviours that are not always consistent with the delivery of fair and decent work. As such Taylor suggests that the level of NICs paid by employees and self-employed people should be moved closer to parity (as the government attempted to do in the spring Budget this year) but at the same time looking at areas of entitlement where the self-employed may lose out, for example, parental leave.

Given the additional charge placed on businesses in respect of employed labour as opposed to self-employed labour, mainly in the form of the 13.8% employer NICs charge, the report also considers that in order to move to more equal tax treatment between employment and self-employment there is a case for businesses to contribute more to the overall NIC payments made in respect of the self-employed. Clearly as we saw in the aftermath of the 2017 Budget this spring, any changes to the taxation of the self-employed will be controversial. However, the report states that the distortion of the market due to the differing tax treatment between the employed and the self-employed needs to be addressed and that labour income should be taxed similarly, whether in the form of salary or as self-employed profits, to produce a more economically efficient and fairer system.

Theresa May has pledged to take the report seriously but it remains to be seen how many of the recommendations will be implemented by the government and how quickly. The so-called gig economy remains firmly in the spotlight as a result of the report and it certainly suggests a direction of travel towards enhancing worker rights. However, without a majority in the House of Commons, cross-party consensus will be required to create new legislation so it is unclear how change will be effected – and Taylor notably advocates change brought about by responsible corporate governance rather than a raft of new regulations. Therefore, there will be no immediate changes but, in the meantime, employers should audit their workforces to assess how many workers they engage who would be classed as dependent contractors under Taylor's recommendations and/or on a zero hours basis and consider how important this model of engagement is to the business. Companies may also want to consider budgeting for the additional costs that may be incurred in future in relation to such workers.