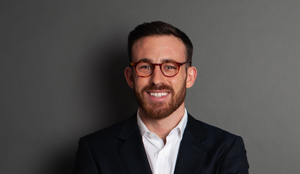 With December only days away, it really 'tis the season to be jolly', and with that, many employers indulge in the festive merriment with an annual tradition; the office Christmas party. The afternoon 'Out of Office' goes on, the sparkly attire comes out and, many an ear drum is burst as teams of Mariah aficionados compete to hit those harmonic high notes. Karaoke-keen or not, the office Christmas party is the perfect opportunity for employers to thank employees for their contributions over the last year, to bond, share a drink and relax into the holiday season. However, with a glass quickly turning into a bottle, the party can be (and often is) a recipe for disaster that creates consequences extending far beyond the next-day hangover.

With many employers well underway in their planning of this year's Christmas party, we provide a 5-point guide highlighting the steps that can be taken to help avoid any HR headaches.

1. An extension of the workplace

Whether the party takes place in the office or not, it will be considered to be an extension of the workplace, and this means that employers can be held vicariously liable for any incidents that occur.

This concept was considered in the case of Chief Constable of Lincolnshire v Stubbs [1999], which involved two incidents between police officers at social events outside work. The first was a night out at a pub and the second was a leaving celebration. The Employment Tribunal and Employment Appeal Tribunal held that neither event was an informal gathering. The two officers would not have attended the events had it not been for the work connection, and they were both therefore an extension of the workplace and the employer was vicariously liable for the events which occurred.

Of course it is often the case that even when the formal event comes to a close, the party continues elsewhere. Should an incident occur at an after-party, an employer's liability may cease if the (unfortunate) events stem from an entirely independent, voluntary, and discreet event of a very different nature to the company-organised party (as was the view taken in Bellman v Northampton Recruitment Ltd [2016], which we summarised in Frontline last year (here)).

However, given the potentially far reaching consequences, aside from details such as dress-code, time and venue, employers should provide employees with a gentle reminder that the Christmas party is an extension of the workplace and that inappropriate behaviour, unwanted conduct and unorthodox use of company property will be dealt with in the same way it would as if it took place during work hours.

It is vital to take everyone’s needs into account. Celebrations must be non-discriminatory and this can relate to anything from the theme of the party, to the timing of the event. Food and drink options should take vegetarian and vegan requirements into account. Employers should also avoid clashes with other religious holiday dates such as Hanukkah, or the Islamic New Year. Also, remember to invite people who may work for the company but might be on leave, i.e. maternity leave. Nobody likes to be left out of the party!

While it's hard to stop employees over-indulging, limiting the amount of alcohol at the party, providing non-alcoholic options and supplying enough food can all help minimise the risk of employee misconduct.

A duty of care approach is advisable, and this can extend to making sure people can get home safely. Arranging a minibus for transport or at the very least providing taxi numbers and encouraging staff to use them are advisable options. Another idea is to make sure the party finishes before public transport stops for the day.

This may also be a good time for employers to revisit policies and procedures to ensure that the business is covered in the event of serious incidents. Employees should be reminded of current employer policies that relate to equal opportunities, discrimination, bullying and harassment, drug and alcohol misuse, and should be made aware that the business has a clear disciplinary and grievance policy.

An unauthorised photograph posted to social media following a work’s Christmas party is just one of the other possible pitfalls associated with such events, so employers may want to remind employees of their obligations with regard to social media and/or point to a social media policy, should the company have one.

An employer is responsible for the actions of employees towards each other. In the event that an incident has occurred and a complaint has been made, employers should deal with it fairly and swiftly. Never dismiss a complaint as ‘nothing’ or ‘just banter’. Investigations should be conducted professionally and thoroughly – failure to do so could result in an additional complaint against the company for discrimination. Equally, senior management should act to deal with inappropriate behaviour as and when it is happening.

Although focus may understandably be on the fast-approaching end-of-year deadlines, it is important that a company takes some time to carefully plan any parties. Our 5-point guide illustrates just some of the ways the business can protect itself, and its employees, to ensure that the festive spirit is felt by all.