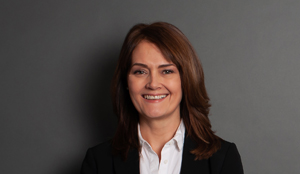 The decision in King v Sash Window Workshop Ltd may have significant implications for organisations which use contractors/consultants.

Until now, there has always been a risk that contractors/consultants are able to assert that they are not genuinely self-employed and that HMRC could seek to determine that these individuals are in fact employees for taxation purposes.  The use of personal service companies to reduce the tax risk for end users has become very common, but is not in itself determinative of self-employment/worker/employment status.

An individual can be self-employed for tax purposes but also have worker (i.e. not employment) status.  Workers have rights almost equivalent to employees including but not limited to national minimum wage and paid holiday.   With the gig economy cases currently in the courts, this worker status (which at present does not affect the tax status as self-employed) has received a great deal of press coverage.

The Sash Windows case which was last week determined by the CJEU has raised the stakes significantly. The case concerned a self-employed salesman who was determined to have worker status.  He was never offered paid holiday and never asserted the right to it but was successful in arguing that it accrued during the whole period he worked for Sash Windows and that he was therefore entitled to payment of untaken but accrued holiday for 13 years.

This goes further than all the recent holiday pay litigation which has been going through the UK and European courts and which continues to be the subject of extensive UK litigation.  This litigation has primarily dealt with the amount of pay attributable to holiday that has been taken and whether commission and overtime payments need to be factored into this. The case law up until this point has indicated that back pay for any enhancements to holiday pay was limited to two years.

However, the Sash Windows case does not limit the potential claims to two years, and furthermore it opens the way for claims by people who have not actually taken holiday during working time.  There are some unanswered issues which will need to be dealt with in the Court of Appeal in due course, but the CJEU decision is binding in principle on the UK courts.

In practice this means that many companies who have contractors/consultants may be vulnerable to claims on this basis.  Most companies (and their contractors/consultants) will have contracted on the premise that self-employment does not include the right to paid holidays.  The consequence of this case could lead to significant exposure particularly where appointments have been long term and given the fact that under current legislation, asserting the right to worker status is not incompatible with self-employed status for taxation purposes.

It may be appropriate to carry out an assessment of risk and consider measures which could be taken to help mitigate the risks. This liability should be factored into any due diligence exercises and where appropriate indemnities should be given.