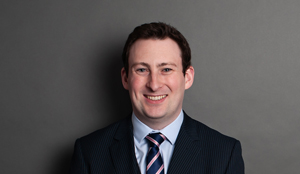 Earlier this year, the High Court handed down its judgment in Unwired Planet v Huawei. This decision set the FRAND (Fair Reasonable and Non-Discriminatory) royalty rate Huawei must pay for a licence to Unwired Planet's portfolio of standard essential mobile telecoms patents.

The judgment contains a detailed analysis of what constitutes FRAND and how a FRAND royalty may be established. The level of detail and clear reasoning has meant that this judgment has generally been well received by the owners of standard essential patent portfolios. As a result, much has been written about the judgment's implications since it was handed down (see Bird & Bird's summary of the judgment). Although very little has been written about how this judgment may apply to the automotive industry, the increasing importance of connected technology to the industry means it is likely to become much more relevant than it may appear at first sight.

Most mobile telecoms and other connectivity standards contain a commitment by the owners of patents essential to operate these standards to make the patents available to license on FRAND terms (the so called FRAND commitment). Therefore, FRAND is likely to become a major consideration for companies involved in the automotive industry, which are likely to find themselves in negotiations with the owners of standard essential patent portfolios in the near future. For these companies, the following key findings in the Unwired Planet judgment may be particularly important:

What the Unwired Planet judgment does not give any direct guidance on is how FRAND rates may be established outside of the telecoms industry, where there may be no comparable licences to use as benchmarks. However, the guidance on the relative essentiality rates of major portfolios, as well as the relative value of the different generations and releases of ETSI standards, are likely to be of some assistance. In addition, in Unwired Planet the Court appeared to accept the concept that a high single figure percentage of retail price should represent the aggregate royalty burden for smartphones using the telecoms standards. Given the significantly higher average retail price, and lower relative importance of connectivity standards to the end user products, of a connected vehicle compared to a smartphone, the total royalty burden as percentages of retail price are clearly not comparable. However, given that a connected vehicle may typically contain several transmitting and receiving modules, it seems unlikely that the total royalty burden for connected vehicles as a monetary amount will be lower than for smartphones, suggesting that an aggregate royalty burden in the tens of dollars per vehicle range is likely to be FRAND. The question of valuation is likely to be contentious and highly complex, with many OEMs not having the sufficient in house knowledge of the technology to allow them to properly engage with the issue and suppliers, who understand the technology, being less likely to find common ground with patentees on the royalty basis. Indeed Avanci, the licensing entity which aims to be the 'one stop shop' for licensing standard essential patents to the IoT is yet to release its licencing rates, appreciates the challenges involved with licensing on FRAND terms to different industries with different needs.

However, assuming that the aggregate royalty burden for connected vehicles is in the tens of dollars per vehicle range, this could lead to significant issues for the automotive industry if OEMs and suppliers follow their traditional approach to licensing, with suppliers warranting that their products do not infringe any IP rights and indemnifying the OEMs against any claims of IP infringement by the components they have supplied. Given the competitive nature of the market and the tight margins that suppliers operate under, it is unlikely that many unlicensed suppliers of the connective modules will have a margin of the tens of dollar level built into their sales prices. This will cause issues regardless of the chosen licence point. If a licence is granted to the suppliers, it will increase their costs for each module supplied and may mean that it will be unable to satisfy its contract at a profit. However, if the licence is agreed with the OEM, the OEM will inevitably seek to recover the licence costs from its suppliers on the basis of the indemnities it has been given. Should an OEM be successful in such a claim, it would have the same impact on profitability for suppliers as taking a licence directly. As a result, regardless of the where in the supply chain licensing takes place, it seems likely that there will need to be a significant rethink of the traditional approach the automotive industry takes to component supplies when it comes to connective technology and an appropriate margin will need to be built into the supply chain at the licence point.

As a result, FRAND seems likely to become a significantly more important issue for the automotive industry as connectivity is further rolled out and it becomes more and more the technology that enables the 'must have' features that differentiate between products. With this increased importance, the Unwired Planet judgment is likely to have a substantial impact to the automotive industry.