APAC Sports Update – The Anatomy of a Football Transfer 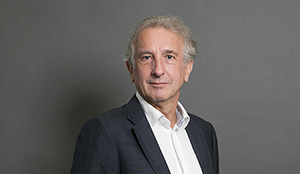 Footballers (even very well paid ones) are much like employees of other large companies. They have an employer (a club), an employment contract and even a place of work…albeit a slightly different one to most people.

For a typical employee of a well-known company, leaving their job for a rival firm involves handing in their notice, sitting out (or paying out) a notice period and then clearing out their desk before they start work with their new employer under a new employment contract. So when a player like Carlos Tevez, Oscar or Didier Drogba moves to a Chinese Super League Club, what actually happens? Do they simply quit their job at their previous club and move their things to China? If so, why do clubs need to pay so much money to one another to buy and sell players?

The answer is a relatively simple one – when a club "buys" a footballer from another club, what they are actually buying is the right to register that player with their national football association. Under the FIFA Regulations on the Status and Transfer of Players, a footballer is only allowed to participate in organised football if they are registered to do so with their national association and a player may only be registered to play for one club at a time.

This means that when a club in Europe agrees to transfer a player to a club in China, a number of things have to happen:

In short, a single football "transfer" is actually a complex web of separate transactions, meaning that the success or failure of a deal can often be out of the control of the clubs and/or the player.

One final thought is that, as more and more foreign players look to secure big money moves to the Chinese Super League, the terms of the employment contracts will come under increasing scrutiny. Agents and players will need to consider carefully issues such as the governing law of the contracts, to determine where they want disputes to be heard in the event that, for example, clubs fail to pay wages on time or players seek to shirk their contractual commitments.

For now, it appears that the money is too good for many to turn down, but if market conditions change, many players and their agents may be taking a very close look at the fine print of those contracts as they look at exactly what they have agreed to.

Bird & Bird is proud to have a market leading sports practice. We advise clients across the sports sector, including rights holders, clubs, governing bodies, broadcasters, sponsors and investors. Our sports team has wide-ranging experience of corporate and commercial matters, as well as of matters concerning employment, rules and regulations, discipline, anti-doping and general disputes, meaning our clients benefit from a "one stop shop" for sports law expertise across Asia Pacific through our offices in Hong Kong, Singapore, Beijing, Shanghai and Sydney. We also have a number of sports law experts based across our offices in Europe.

If you have any questions, or if you would like to discuss our sports practice further, please don't hesitate to contact Alex Norman, Justin Walkey or Pattie Walsh in our Hong Kong office.