The promises of private equity in Africa 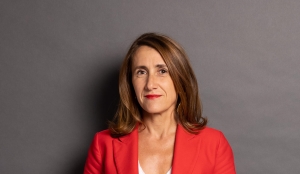 In 2016, private equity transactions reached $ 3.8 billion in Africa for 145 operations.

Although it is on average over the past five years, this figure is up from 2015. Above all, the observed internal rate of return is high, with promising potential.

What is private equity?

The term refers to any investment, in equity or quasi-equity [1], in the capital of a non-listed company.

Four private equity segments are classically distinguished, each corresponding to a different stage of development and maturity of the company concerned by the investment, as well as to specific private equity funds:

Although variable, the investment horizon is of an average duration of between 5 and 10 years.

A fairly recent development in Africa

Without erasing disparities or nuances, commercial banks globally practice high interest rates on the continent, making it difficult to access bank credit for a number of companies: private equity is in this respect an alternative form of financing for African entrepreneurs.

Compared to the $ 347 billion in global private equity, these figures seem very small. In contrast to GDP, which measures the sum of added value, it is quite comparable to that of developing countries: 0.08% of GDP for sub-Saharan Africa compared with 0.11% for China and 0, 10% for Brazil [4]. They remain far below the leading countries in the sector: 1.98% for the United Kingdom, 1.45% for the United States, and 0.59% for Israel. South Africa, with 0.19%, remains unparalleled on the continent. More generally, English-speaking countries capture more private equity than Francophone countries, the former having converted earlier and having business and legal ties established with London, the world's place of the industry.

Initially in 1995, private equity in Africa has traditionally been exercised by financial institutions such as the World Bank and Proparco. Over the last decade, private equity funds, partially or wholly focused on Africa, have been developing, such as ECP, or Helios, founded in 2004 by two Nigerians. They have been joined for some years by some of the world's largest funds - such as KKR and Blackstone - and French like Wendel and Amethis, all present in Africa since the early 2010s.

In addition to the significant net internal rates of return (IRR) observed, Africa attracts a lot for several reasons. Among them, two macroeconomic phenomena play an important role:

In addition, investment sectors are multiplying. For more than a decade, investors have been attracted by the many fields that are developing and which represent new opportunities: infrastructure, information technology, health, fintech, and agribusiness.

Lastly, there is a strong preference for pan-African operations in recent years, with geographical diversification making it possible to dilute socio-political risks. They accounted for 36% of transactions between 2011 and 2016, whereas they accounted for only 9% of the total between 2007 and 2010. However, the VSBs are neglected.

LBO transactions typically involve the transfer, in whole or in part, of a company through the financing of its acquisition by way of leverage. In a sector marked by strong risk aversion, particularly by the banking sector, especially in Africa, these leveraged operations are marginal: the Buy Out segment is quite unappreciated.

It is quite different from growth capital. The companies concerned are generally in a position to provide valuable information to reassure investors: existing customers and products, proven management, accounting figures and favourable forecasts, etc. That is why this segment drains the bulk of private equity in Africa.

The geographical distribution reveals a strong pre-eminence of Southern Africa (65% of operations). It is followed by North Africa (14%) and West Africa (13%). Conversely, the regions of East Africa (4%) and Central Africa (1%) have considerably less weight in the continent's risk capital [5].

At the same time, African states must continue their efforts to improve the business environment, the general legal and regulatory framework and also sectorial. The recent Moroccan initiative in this direction is beginning to pay off. Morocco adopted a law [6] at the beginning of 2015, which now covers all forms of private equity and is in line with international best practices in the sector. In particular, the legislator has endeavoured to strengthen the protection of investors and thus to improve the attractiveness of the country vis-à-vis foreign funds [7].

Finally, the private equity sector in Africa is also facing the challenge of developing a network of local investors, on which it must be able to rely to ensure its full development. Successful African countries are those who make the effort to attract and nurture a pool of local talent, choosing sectors at the heart of economies to fit within a local perspective of creating regional champions. It is also the trademark of some funds that make it the conditions for the development of a real African investment capital, "africapitalism". Another approach is to favour companies that promote financial inclusion, develop infrastructure, agrifood and health care: they are said to have positive "additionality" [8]. Making the choice of local and directly impacting citizens’ activities is perhaps the challenge that African investors should take in order to make private equity a real tool for the development of the economy of their country.

[7] Notably by extending the prerogatives of the supervisory authority, and by ending the situation of double taxation of the funds that persisted.

For more information about the above development, please do not hesitate to contact Ali Hojeij or Emmanuelle Porte.