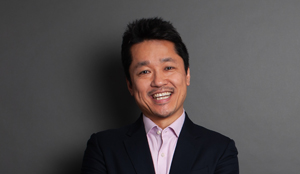 The UK exited the EU on 31 January 2020. By virtue of the transition period in the Withdrawal Agreement, EU law will continue to apply in and in relation to the UK only until 31 December 2020. The EU Treaties, EU free movement rights and the general principles of EU law will then cease to apply in relation to the UK, and prior EU regulations will only continue to apply in domestic law (by virtue of the European Union (Withdrawal) Act 2018) insofar as they are not modified or revoked by regulations under that 2018 Act.

One of the amendments to the 2018 Act which was unsuccessfully contested by the House of Lords is the power for Ministers to issue secondary legislation which will allow any courts and not just the Supreme Court to interpret law without following CJEU judgments. Furthermore, it has gone through without express protection for worker rights.

Many aspects of UK employment law are outside the scope of EU law or in excess of EU requirements, including minimum wage legislation, unfair dismissal rights and certain holiday and parental leave rights. In addition, numerous EU concepts have become entrenched in the workplace such as TUPE, many aspects of discrimination law and collective redundancy requirements. So what is likely to happen to these?

• Holiday Pay: Recent European Court of Justice (CJEU) decisions have established that workers must accrue holiday during sick leave and that holiday pay should include certain variable elements of pay, beyond an employee's basic pay, notably overtime and commission. The position in respect of the latter was confirmed by the Court of Appeal in the case of Lock v British Gas which upheld earlier decisions of the Employment Appeal Tribunal, that domestic legislation should be interpreted to give effect to EU law. As a consequence, results-based commission should be included in the calculation of holiday pay. Thousands of cases are going through the Employment Tribunals to determine how the UK courts must approach this matter, with substantial potential liabilities for a large number of employers. It had been thought that current CJEU law would continue to apply in the UK for the short/medium term, but this is no longer clear.

• Discrimination: In part, the Equality Act 2010 (EA 2010) codifies previous discrimination legislation that has existed in the UK for some time, particularly in relation to sex, race and disability, and most believe that there will not be wholesale change in this area of law. There is no indication at present that the government will attempt to make any substantive changes to this area of law, but as much of the case law derives from the CJEU there may be some change over the next few months.

• TUPE: TUPE is embedded into UK business practices and the protection it affords to employees in the event of an asset transfer or outsourcing is generally considered to be reasonable and in the interests of both businesses and employees. However, significant restrictions on harmonising terms and conditions after a transfer cause employers real difficulty. It is unlikely that the government will choose to make any significant changes at present but it cannot be precluded that case law will depart from CJEU principles.

• Agency workers: The Agency Workers Regulations 2010 are notoriously unpopular with employers because of the requirement that after a 12 week period agency workers must receive the same working terms and conditions as permanent employees. Before they were implemented into UK law the government resisted them and indeed the 12 week waiting period was a concession made for the UK. This may be an area that is revisited by the new government in due course, though legislation coming into force in April 2020 will in fact provide enhanced protection to agency workers (e.g. by abolishing the so-called "Swedish Derogation"), following Matthew Taylor's review of modern working practices in 2017.

It is now clear that in line with the Conservative manifesto for the 2019 election the UK will leave the EU single-market at the end of the implementation period, which will end free movement of people. However, the UK Government has committed to protect the rights of EU nationals* and their family members who wish to stay in the UK after Brexit. The EU Settlement Scheme (Scheme) requires EU nationals to register in order to preserve their rights under UK law (including rights to work, pensions, healthcare and other benefits). The Scheme went live on 29 March 2019 and is mandatory for all EU nationals who wish to continue living in the UK after 31 December 2020. Home Office guidance on the Scheme is available here.

Organisations should assess how the Scheme will affect their workforce, and consider the development of a communication plan to inform and support employees with registration. We encourage businesses to take proactive steps at this stage to ensure all employees retain the right to work in the UK and avoid business interruption. Businesses with British Citizen employees residing and working in EU 27 Member States should also ensure that affected individuals have complied with national requirements to protect their continued right to reside and work in that Member State after Brexit.

Cross-border workers who are based in the UK (who are British Citizens) but work in multiple EU Member States would need to carefully plan their future activities as freedom of movement will cease to apply after Brexit, which may mean they will need to obtain multiple work permits, visas and/or residence permits in order to work at client sites in EU 27 Member States.

Immediately after leaving the EU on the 'exit' day of 31 January 2020, the UK will enter an Implementation Period (also referred to as the 'transition period'). During this period, the European Communities Act 1972 (which acts as a conduit for EU regulations in the UK) will be repealed, however, its effect will be preserved until 31 December 2020.

During the Implementation Period, EU nationals can continue to come to the UK for business trips or work using their EU passports and national ID cards. It has been announced that EU nationals will continue to use the e-Gates.

In order to repeal current EU-derived free movement provisions immediately after the end of the Implementation Period, a new bill (the Immigration and Social Security Co-ordination (EU Withdrawal) Bill 2019-20) was announced in the Queen's Speech on 19 December 2019.

Eligible EU nationals residing in the UK before the end of the Implementation Period must register under the Scheme in order to preserve their continuing rights to live and work in the UK.

1) Settled Status: EU nationals residing in the UK on or before 31 December 2020 with five years of continuous residence in the UK can apply for a new 'settled status' which will be similar to 'indefinite leave to remain' under current UK immigration law as it applies to non-EU nationals. The registration deadline is 30 June 2021. EU nationals who have obtained permanent residence under existing free movement laws must also exchange their permanent residence cards for settled status. Obtaining a new status under UK law will demonstrate to employers that they have ongoing rights to live and work in the UK, irrespective of any new migration controls the Government plans to introduce for EU nationals arriving on or after 1 January 2021. Despite lobbying efforts, no proof of settled status in the form of a card is going to be provided to EU nationals who have been successful in their applications.

2) Pre-Settled Status: EU nationals residing in the UK on or before 31 December 2020 with less than five years of continuous residence in the UK must apply for a 'pre-settled status' in order to remain in the UK after 31 December 2020. The registration deadline is 30 June 2021. Once granted, a pre-settled status is valid for five years. This will allow EU nationals to accumulate the five years of continuous residence necessary in order to apply for settled status. As with settled status, this new status will demonstrate to employers that they have permission to continue to live and work here legally for a temporary period.

Looking beyond Brexit, the Migration Advisory Committee (MAC) published a report in September 2018 which served as an indication of the future migration landscape for EU workers.

In December 2018, the previous UK Government accepted most of MAC's recommendations to facilitate the employment of migrant workers regardless of their nationality. The broad policy direction then recommended by the MAC was for the non-EU worker work visa scheme to be extended to all migrants including EU nationals, with adaptations to attract higher-skilled workers.

However, the publication of a new MAC report is imminent. This may advocate a move to an Australian-style points-based system as outlined by the current UK Government. The MAC is also due to report back on the minimum salary threshold of £30,000 per year for a work visa and whether it is appropriate to use this benchmark for skilled jobs in the UK going forward. It has been reported in the media that the UK Government will ditch the £30,000 salary threshold, however, this remains to be confirmed officially.

The situation remains very fluid in relation to the post-Implementation Period. However, assuming the current work visa situation continues to apply, there will be significant cost pressures when hiring EU nationals who, unless they have settled or pre-settled status will in future be treated in the same way as non EU nationals. There are likely to be delays and confusion within the Home Office and employers as the UK Government plans to introduce a new set of rules. The unification of immigration rules as it applies to EU and non-EU nationals is a fundamental change since the introduction of our current Points-based immigration system in 2008, which was modelled after Australia.

What do businesses need to be doing and what can we help you with?

• For EU nationals and their family members in the UK, they should apply under the EU Settlement Scheme by the end of the Implementation Period.

• We can assist with the communication strategy to your affected employees, help with any ad hoc queries and provide town hall training sessions on the EU Settlement Scheme.

• For UK nationals and their family members in a Member State, they should follow the requirements specific to that Member State.

• You should also review any pending expatriate arrangements and we can advise on any immigration applications that could be made now, ahead of Brexit.

• Immigration policy has and is likely to continue to be hotly debated during the trade negotiations, and businesses will need to be prepared to respond swiftly to any developments. In this regard, ensuring you have up-to-date and accurate intelligence regarding your workforce is paramount.

• Brexit has given rise to a number of reported incidents of racial harassment within certain communities and many EU nationals have reported being made to feel unwelcome and vulnerable. It is possible that employers will start receiving grievances and claims based on incidents within the work place. Harassment and anti-bullying policies should be reviewed and diversity training should be considered as measures to mitigate the risk of such claims arising.

• You should ensure that any redundancy policies are up to date and check any European Works Council arrangements, in preparation for any restructuring proposals which may arise.

*For purposes of this article, 'EU nationals' include nationals of Norway, Iceland, Lichtenstein and Switzerland.