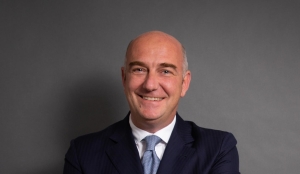 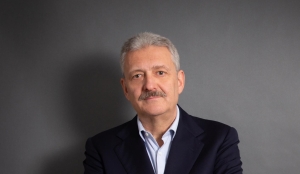 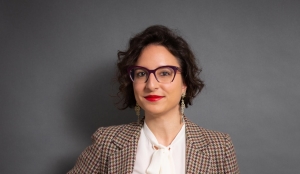 On October 13 2016, the European Court of Justice of the EU, deciding the case of Servoprax GmbH v. Roche Diagnostic Deutschland GmbH, C-277/15, provided an important contribution to the construction of Directive 98/79/EC of the European Parliament and of the Council regarding in vitro diagnostic medical devices, with particular reference to the obligation to undertake supplementary CE marking of parallel imported products.

Click here to read the entire text of the decision

In particular, the following question was referred to the Court of Justice for a preliminary ruling:

Article 1, paragraph 2(f) of Directive 98/79/EC defines the concept of a "manufacturer" thus:

"The natural or legal person with responsibility for the design, manufacture, packaging and labelling of a device before it is placed on the market under his own name, regardless of whether these operations are carried out by that person himself or on his behalf by a third party.

The obligations of this Directive to be met by manufacturers also apply to the natural or legal person who assembles, packages, processes, fully refurbishes and/or labels one or more ready-made products and/or assigns to them their intended purpose as a device with a view to their being placed on the market under his own name […]"(emphasis added).

Article 9, paragraph 3 of the Directive 98/79/EC moreover provides that: "For all devices referred to in List B in Annex II [among which, inter alia, in vitro diagnostic medical devices for self-testing blood sugar levels], the manufacturer shall follow, […] a) the procedure relating to the EC declaration of conformity" (emphasis added).

Furthermore, in compliance with Article 16, paragraph 1 of Directive 98/79/EC: "Devices  […] must bear the CE marking of conformity when they are placed on the market".

Construction issues , and the solution provided by the European Court of Justice in Servoprax GmbH v. Roche Diagnostic Deutschland GmbH

The construction issues which grounded the reference question, on which the European Court of Justice were given the opportunity to decide, were linked to the concept of "manufacturer" - which, as described, also includes one who simply "assembles, packages, processes, fully refurbishes and/or labels one or more ready-made products" - and to the consequent uncertainties about the possibility of extending to the parallel importer the obligations of the "manufacturer" to undertake the CE marking " ( under Article 16, paragraph 1, Directive 98/79/EC).

In other words, prior to this decision, it was not clear whether the parallel importer - before placing an in vitro diagnostic medical device on the EU market after having repackaged or relabelled it - was obliged to request and obtain a supplementary CE marking in addition the one originally requested by the "manufacturer" (who was obliged to do so as the legal person with responsibility for the first placement on the EU market of the product).

The European Court of Justice has now intervened on the issue, clarifying that:

"When a person purchases in a Member State in vitro diagnostic devices after they have been placed on the EU market by their manufacturer in order thereafter to re-sell them in another Member State, but makes no alteration to their original packaging or presentation other than to attach a label and instructions for use written in the official language(s) of the Member State of importation, that person cannot be regarded as having repackaged that device or having placed it on the market «under his own name»" (paragraph 43).

"That being the case [as a matter of fact] the parallel importer […] cannot be regarded as a «manufacturer»" (emphasis added - paragraph 44).

As a consequence, "Article 9 of Directive 98/79 must be interpreted as meaning that it does not require a parallel importer of a device for self-diagnosis for measuring blood sugar that bears a CE marking and that was the subject of a conformity assessment by a notified body to undertake a further assessment in order to certify the conformity of the labelling of that device and the instructions for its use as a result of their translation into the official language of the Member State of importation" (emphasis added - paragraph 52).

It is still doubtful whether this latter interpretation could be extended further to the circumstances where the parallel importer has not simply relabelled the in vitro diagnostic medical devices, but has in fact repackaged them.

The text of the Proposal for a Regulation of the European Parliament and of the Council on in vitro diagnostic medical devices of September 26 2012 (the "Proposal"), which, if definitively approved, will replace Directive 98/78/EC (COM (2012)541), could perhaps be read in favour of the fact that the interpretative solution recently adopted by the European Court of Justice in the Servoprax case might also be extended to cases where the parallel importer has repackaged the device.

In fact, Article 14 of the Proposal, entitled "Cases in which obligations of manufacturers apply to importers, distributors or other persons", provides that:

Please note, however, that the legislative approval of the Proposal by the European Bodies is still on-going. Once any revision is completed, the new Regulation should be formally approved by the Council, and then by the European Parliament. Once approved, it will apply five years after its publication.

The entire text of the Proposal in English, as last amended, can be read here.