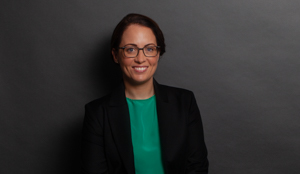 In a decision that will have far-reaching implications in world driven by technology and the growing contribution of artificial intelligence to the inventive process in many fields, a 5-member bench of the Full Court of the Federal Court of Australia has found that an “inventor” must be a natural person for the purposes of the Patents Act 1990 (Cth) (Patents Act) and the Patent Regulations 1991 (Cth) (Regulations).

The Full Court’s decision brings Australia into line with the position taken in many other jurisdictions including the UK, EPO and USA (noting that the statutory language in each of these countries differs from the Australian regime).

An artificial intelligence system, known as DABUS (or ‘device for the autonomous bootstrapping of unified sentience’), was named as the inventor by the patent applicant, Dr Thaler, on a PCT application designating Australia. The alleged invention was the output of DABUS’ various products and methods directed at an improved fractal container.

DABUS was named as the inventor because regulation 3.2C(2)(aa) of the Regulations requires that, in relation to a PCT Application, the applicant name the “inventor of the invention to which the application relates” (among other things).

In examination, IP Australia had written to Dr Thaler’s patent attorney and said that the application did not comply with reg 3.2C of the Regulations because it did not identify a natural person as the inventor.

The Deputy Commissioner of Patents ultimately determined that the terms of the Patents Act, and the Regulations, were inconsistent with artificial intelligence being treated as an inventor, and rejected the patent application.  Dr Thaler applied to the Federal Court for judicial review of the decision of the Commissioner.  On review, the primary judge said that the Commissioner fell into error in finding that an “inventor” must be human – he said that to limit the word “inventor” which was not defined in the Act to an outdated definition did not grapple with the “evolving nature of patentable inventions and their creators. We are both created and create. Why cannot our own creations also create?”.  We reported on the decision of the Commissioner and the primary judge here.

The Commissioner of Patents appealed the primary judge’s decision to the Full Court.

The decision of the Full Court

The Full Court said that the mechanism provided by reg 3.2C is intended to provide a preliminary screen of PCT applications for non-compliance with the PCT’s requirements– including ensuring that the entitlement of the applicant to be granted a patent is clear.  Failure to meet these requirements means that the application will lapse if it is not rectified within the designated time frame.

As to whether DABUS could be an “inventor” within reg 3.2C(2)(aa), the Court noted that the regulation requires that the applicant “provide the name of the inventor of the invention”.  The Court also noted that “inventor” is also used in section 15(1) of the Patents Act.

In this regard, section 15(1) of the Patents Act provides that a patent for an invention may only be granted to a person who:

Dr Thaler contended that sections 15(b) and (c) are alternatives to s 15(1)(a), and that neither section require the inventor to be a natural person.

In this regard, “… the law relating to the entitlement of a person to the grant of a patent is premised upon an invention for the purposes of the Patents Act arising from the mind of a natural person or persons.  Those who contribute to, or supply, the inventive concept are entitled to the grant.  The grant of a patent for an invention rewards their ingenuity”, the Full Court said.

In relation to the circumstances in each of sections 15(1)(b)-(d), where the entitlement to the invention is derived from the inventor in section (a), there must be a legal relationship between the actual inventor and the person first entitled to the grant of the patent.

In this regard, the Court said that sections 15(1)(a), (b), (c), and (d) do not act as alternatives through which a person, such as Dr Thaler, could draw entitlement to the grant of the patent from an inventor who is not the person identified in (a), as this fails to give section 15(1) its natural meaning.

To this end, “it is not to the point that Dr Thaler may have rights to the outputs of DABUS”, the Court said – “only a natural person can be an inventor for the purposes of the Patents Act and the Regulations.”

Of course, and as the Court noted, this change would give rise to a whole host of other questions, including who should be granted in a patent in respect of the output of AI – should this be the developer of the software that runs the AI or the owner of the data that is input into the AI?  Also, what are the ramifications for the standard of inventive step if artificial intelligence can be an “inventor”?

The Full Court suggested that these questions should be addressed with some urgency in view of the facts of the present case.