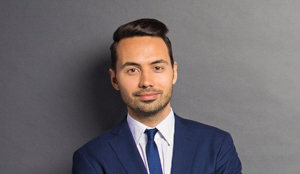 After intensive negotiations, the European Commission and the United Kingdom reached an agreement on the terms of their future cooperation on 24 December 2020. This agreement triggers significant changes to UK access to services under EU Space Programmes.

End of UK participation in Galileo, EGNOS and EUSST programmes

The UK will no longer participate in the European satellite navigation programmes Galileo and Egnos. This means that the UK will not:

Another consequence is that UK-based businesses, academics and researchers will not be able to bid for future EU GNSS contracts and may face difficulty carrying out and completing existing contracts.

For the public and most UK, EU and other satellite navigation users, there should be no noticeable impact from 1 January 2021. Devices that currently use Galileo and EGNOS, such as smartphones, will continue to be able to do so.

Additionally, the UK will no longer participate in the EU Space Surveillance and Tracking (EUSST) programme. The UK will however continue to have access to EUSST services as a third party country.

The UK will still participate in Copernicus

However, the UK agreed in principle to continue to participate in the Copernicus component of the EU Space Programme as a third country for 2021-27. The UK will confirm early 2021 its participation after finalization of the new EU Space Regulation. In this scenario, UK-based businesses, academics and researchers will be able to bid for future Copernicus contracts tendered through the EU. UK users will also be able to access most of the Copernicus data and services as now.

UK membership to ESA not affected

The UK’s membership of the European Space Agency (ESA) is not affected by leaving the EU as it is not an EU organisation. The UK will thus continue to be able to bid for ESA programmes.