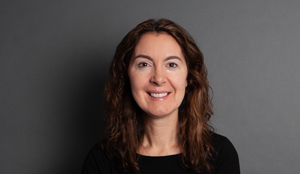 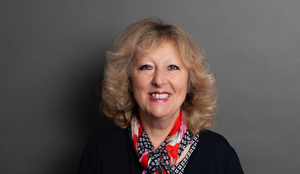 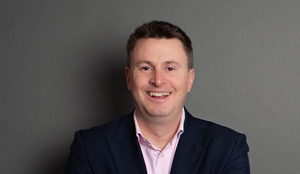 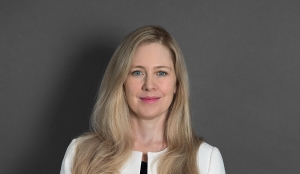 Welcome to the June 2021 edition of our international franchising newsletter

We're delighted to share the June 2021 edition of our international franchising update. The newsletter focuses on legal developments impacting on franchise businesses across the globe.

It will also keep you informed of any news and events from our Franchising team and other groups across Bird & Bird that we think may be of interest.

Please do get in touch with the authors or your usual contact if you would like to discuss any of the issues raised in these articles, or visit our webpage for more information about Bird & Bird's Franchising team.

Why should franchisors invest in a reputational due diligence exercise?

Franchise brands seeking to expand outside their home markets need to be extremely careful who they partner with in order to preserve the reputation and integrity of their brand and to comply with national and international legal and regulatory requirements.

In addition to this, brand owners will want to know that the person they propose to work with has the right experience and background, shares the values of the franchisor, and has the financial resources to fund the expansion they have promised in their proposals or business plans. Before signing a deal with another organisation, companies need to have clarity on some key characteristics of their potential partner.

On 4 June 2021, the European Commission published its final Implementing Decision adopting new standard contractual clauses for the transfer of personal data to third countries. This follows the draft implementing decision and clauses issued by the European Commission for consultation on 12 November 2020. The Implementing Decision will be effective on the 20th day following its publication in the Official Journal of the EU, meaning that the Clauses can be used from 27 June 2021.

The drowning of ‘JUMP! Swim Schools’: over $23 million in penalties ordered by the Federal Court

On 19 May 2021, the Federal Court imposed a penalty of $23 million on Jump Loops Pty Ltd (in liquidation) (Jump Loops), the franchisor promoting and selling swim school franchises under the “JUMP! Swim Schools” brand (Franchise), for contraventions of the Australian Consumer Law (ACL): Australian Competition and Consumer Commission v Campbell (No 3) [2021] FCA 528. Further, the Court ordered that Mr Campbell – the founder, sole director and managing director of Jump Loops – pay a penalty of $400,000; pay $500,000 in compensation to affected franchisees; and be restrained for a period of 3 years from being in any way, directly or indirectly, involved in carrying on business as or of a franchisor.

On 1 June 2021, the Australian Government introduced the much-anticipated Competition and Consumer (Industry Codes – Franchising) Amendment (Fairness in Franchising) Regulations 2021 (Regulations). These Regulations substantially amend – and in some cases, completely overhaul – several aspects of the existing Franchising Code, which is the mandatory code that regulates franchising in Australia. This article focuses on the key changes introduced by the Regulations.

Our team, combining Dispute Resolution and Franchise expertise and led by Jiri Jaeger and Jie Zhang, recently argued and won a case defending KFC from vicarious liability in the first instance. The district court Leverkusen decided that KFC as a franchisor cannot be made responsible by the plaintiff for actions or omissions by the franchisee or employees of the franchisee. KFC as franchisor cannot be regarded as the responsible legal and operational entity in the given case as it had no factual and legal responsibility and no influence either over the franchisee's operations.

Partner and Head of our German Franchise and Dispute Resolution Groups, Jiri Jaeger, is working with the German Arbitration Institute (DIS) to set up and chair their new working group on franchising. This will include the organisation of the relevant working group meetings, putting together an expert team, and developing relevant topics at the intersection of arbitration and franchise law. There are several reasons why the planned working group is of importance and interest to franchise businesses.

Towards the transposition of the UTP Directive in Italy: the impact of the new provisions on franchise businesses

On 8 May 2021 Italian Law no. 53 of 22 April 2021 (so-called European delegation law) came into force, laying down the principles and criteria to transpose the Directive (EU) 2019/633 (UTP Directive), which introduces at the EU level harmonised measures to combat unfair trading practices in relationships between buyers and suppliers in the agricultural and food supply chain.

The new Italian provisions implementing the UTP Directive will mainly affect the existent Article 62 of Italian Decree-Law no. 1/2012 ("Article 62"), regulating trading relationships between operators in the agricultural and food supply chain, which also applies to franchise agreements implying the supply or agricultural or food products.

Partner Melissa Murray and Associates Eddie Chiu and Mayowa Olusola in our UAE Franchising team have written an article published on the International Bar Association (IBA) website on Saudi Arabia franchise law, which you can read here. Melissa is a member of the IBA International Franchising Committee, which plays an educational role for the legal profession, judiciary and legislators, and enables members to examine and comment upon legislative and regulatory proposals affecting international franchising.

The UK Government has launched a much-anticipated consultation on the exhaustion of IP rights. It is widely recognised that there will not be a consensus given the contentious nature of this subject, but the Government needs to make a decision on the future regime governing exhaustion. It is therefore calling for as many responses as possible to help in gauging the volume of parallel imports and the impact of any changes to the rules.

Did you miss our webinar on Hotel Franchising?

We provided an overview of hot topics and themes in the franchise world and asked whether franchising is the way forward for hotel owners, before speaking with a panel of industry experts to discuss the pros and cons of hotel franchising.

Watch the webinar here if you missed it.

Victoria Hobbs in our London Dispute Resolution team recently spoke at the annual IFA Legal Symposium, which took place virtually this year, on “An A to Z Update on the Arbitration of International Franchise Disputes – What’s New!” She co-presented with Craig Trachtenberg, co-head of the Franchise & Distribution Group at US firm Fox Rothschild, and Mary-Katherine Wagner, Deputy Counsel at the ICC in New York. Victoria’s section of the talk focused on the benefits of arbitration in international franchise relationships, drafting arbitration clauses, and the selection of arbitrators. The accompanying paper is only available to attendees of the Symposium but if you have any questions relating to these topics, Victoria is happy to answer them - get in touch here.

Melissa Murray in our UAE Franchising team co-moderated the Middle East, South Asia and Africa roundtable at the “Hot Topics in International Franchise Laws” session at the IBA/IFA Virtual Joint Conference. She also joined a panel of expert franchise law practitioners to explore recent and topical legal developments in the “News from Around the World” plenary session, where she discussed the Saudi Franchise law that was introduced in 2020 and current practices around compliance with that law. You can access the on demand recording by registering for the event here.

Pablo Berenguer in our Spanish Franchising team recently spoke about the "Advantages and Disadvantages of Dispute Resolution with Arbitration and Mediation in the Franchise sector" at a webinar organised by the AEF. He was introduced by Mr Eduardo Abadía, Executive Director of the Spanish Franchise Association. Pablo's presentation focused on the benefits of Alternative Dispute Resolution, particularly arbitration and mediation, as an alternative to court litigation. He commented on the scenario caused by COVID-19, as well as the conflicts that have arisen as a result of the situation that the Spanish justice system is going through. He also discussed with the participants the potential challenges and practical tips on the use of arbitration and mediation. The presentation is available on the official website of the AEF (in Spanish).