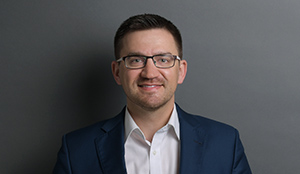 Currently, there are two bills being discussed in the Czech Parliament. Under the first bill, which implements the European Electronic Communications Code (EECC) in the Czech Republic, the Czech Office for the Protection of Competition (Office) would be entitled to require providers of public communications network or a publicly available electronic communications service to provide operational and location data. This would be possible if such data could contribute to clarifying the facts relevant to the detection of any offence under Czech competition law, or the detection of a breach of Articles 101 or 102 of the TFEU, but only if the intended purpose cannot be achieved otherwise or solely with a disproportionate effort. Also, the prior written permission of the President of the High Court would be required.

The bill is only at the beginning of the legislative procedure and might still be amended. However, if the bill passes in its current form, the Office would obtain access to an important tool which is currently available only to criminal law enforcement authorities, such as the Police, the Security Information Service, Military Intelligence and the Czech National Bank.

According to the Czech Critical Infrastructure Association, granting the same power to the Office for the purposes of administrative proceedings would set a dangerous precedent for using sensitive telecommunications data in ordinary administrative proceedings and other administrative bodies could demand similar powers. Moreover, the competence of the Office is defined disproportionately broad. If necessary, instead of applying to all offences under the Czech competition law (with negligible impact on the market), the bill should aim at cartel agreements related to public procurement, i.e. with an impact on public budgets.

According to the explanatory memorandum of the bill, it is necessary for the Office to prove the existence of previous contacts between competitors during the investigation. This is often very difficult, as few people keep written records of such meetings. However, given that key people almost always have telecommunication devices (typically mobile phones) with them, even in personal meetings, it would ease the task of the Office of proving general contact if they would rely on the location data of those devices. It is expected that the number of cases will not exceed ten per year.

The second bill proposes mandatory quotas on local food sold in retail stores larger than 400 square meters in the Czech Republic (55% of food should be local in 2022 with a gradual increase to 73% in 2028). Interestingly, it is proposed that the Office should be the competent controlling entity tasked with the enforcement of this regulation. It is worth pointing out that this is a highly controversial bill which is most likely in conflict with EU law. It is possible that this proposal is merely part of the recently commenced political campaign for the next general election, and which will never see the light of day.

Regardless of the outcome of the legislative procedures, the tendency to extend the scope and powers of the Office seems rather interesting and may be indicative of future developments.