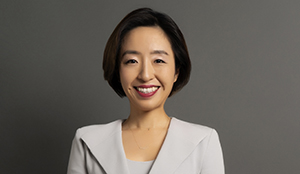 Similar to the minor inventions in Australia, Germany, Japan and Korea, China accords patent protection to utility models ("UM"). Although the system is intended to protect relatively minor advancements over existing technology, utility model patents can be a powerful weapon to patentees since they are quick and easy to obtain and yet carry the same remedies as invention patents, including monetary and injunctive relieves.

The Pros and Cons of UM in China

There is no substantive examination on utility models. Comparing with the 2-5 years that it can take for an invention patent to get the allowance, the registration of a utility model patent can be granted within 6-12 months. Such registration provides the same protection as an invention on the patented products. The basis for claiming damages and the available remedies are also the same.

In CNIPA examination, the novelty requirement for utility model is the same, but the standard of inventive step for a utility model is lower than that for an invention. For a utility model with a much shorter term of protection, the law requires “a substantive feature” and indicates “an advancement”, which is a lower standard comparing with an invention patent, which must have “a prominent substantive feature” and indicates “remarkable advancements”. Utility model patents are particularly well suited to protecting improvements or modifications of existing products which may not necessarily satisfy the requirements for an invention patent.

Moreover, such lower inventiveness requirements mean that, in addition to an easier allowance, utility model patents can be more difficult to be invalidated than an invention patent, which is a surprising result from lowering the bar of patentability. This is different from the German practice, which requires the same standard on patentability for both invention and utility model.

For utility models, examination is simplified and protection term is reduced. Naturally, the costs for obtaining and maintaining a Utility Model patent are substantively cheaper.

Different from the German practice, UM patents in China are only available to products with definite shape, structure and the combination thereof. Chinese UM is therefore not suitable for methods and product of drugs, chemical entities or new materials.

In China, the protection term for utility model is 10 years from the filing date. This reduced term of protection may be suitable for products with shorter lifespans.

3. Uncertainty on the enforceability

Duo Filings of Invention and UM in China

Through this duo filing practice, the patent owner can enjoy the benefits of fast issuance of the utility model patent, as well as the advantage of longer term protection of the corresponding invention patent on the same subject matter, if granted. However, started from 2010, (MPEP Part 5 Chapter 7.8.2) the fast track prioritized examination isn’t available to an invention with a duo filed UM. The examination of a parallel invention will be delayed.

China is a member country of Paris Convention. UM protection is available to foreign applicants, along with the duo filing benefits. The issue of foreign priority claims is, however, complicated, which is different from a PCT application with its own priority claim entering into the national phase in China. Although such PCT application is deemed as a Chinese national application itself, it can only choose one type of protection upon Chinese national entry, either as an invention, or as a utility model.

Although no duo filing is available for PCT’s national entry in China, a PCT application can serve as a priority document under certain condition to support a national application with duo filings, which will be discussed below.

In 12 months, a UM application can be filed in China claiming priority on an early filed foreign patent application of invention OR utility model, so long as such prior application is the first filing on the same subject matter. Such UM filing takes the route of Paris Convention, which can be a duo filing application on both UM and invention in China.

2. UM Based on PCT Application (with priority claim(s))

3. Based on Multiple Foreign Priorities

The Chinese utility model patent is one of the most used types of protection under the Chinese Patent Law. If applied correctly, a utility model patent can be a significant IP right either standing alone, or complementing an corresponding invention patent. It is therefore important for companies to understand the strengths and weaknesses of the system and to build their own utility model portfolios in China.