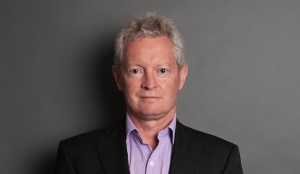 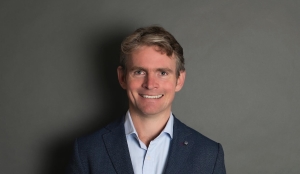 Yesterday and today the Supreme Court has been hearing an appeal concerning Regeneron's patent relating to improved transgenic mice for antibody generation. Although concerned with a complex gene technology, the outcome of this appeal will have substantial impact on the validity of patents generally where doubts are raised as to the level of disclosure provided in a patent to support its claims.

The appellant, Kymab, is seeking to overturn the Court of Appeal's decision which – contrary to the first instance judge of the Patents Court – upheld that patent's validity. Kymab's case is built upon a particular point related to the requirement for sufficient disclosure in a patent under the European Patent Convention and corresponding UK law, i.e. that a patent must contain enough information for the invention the subject of the patent to be reproduced by others without undue burden. The specific point concerns patents with broad claims which purport to cover products or methods seemingly beyond the level of teaching details expressly provided in the description. The question that arises in such cases is: should patentees be granted a monopoly broader than the specific information they provide in their patents? In earlier cases, the English Courts, influenced by case law from the European Patent Office, has upheld patents with broad claims of this kind in certain circumstances - if the products or methodologies are an invention that is based on a principle that is of general application, this may justify a broad claim.

Here, Regeneron's patents covered transgenic mice that were better for producing antibodies than the pre-existing transgenic mice (as well as how to produce the transgenic mice). Research in this area had previously pursued antibody production by introducing complete human gene sequences of the desired antibodies into the mice in order to produce purely human antibodies. This was seen to be advantageous over  antibodies produced partly from human and partly from murine (mouse) genes which could cause immunological reactions in human patients, known as the human anti-mouse antibody response or HAMA response. Unfortunately, mice producing fully human antibodies had their own disadvantages; the mice had reduced immune responses (they were "immunologically sick") and produced sub-optimal antibodies with reduced affinity compared to unmodified "wild type" mice.  Regeneron's scientists instead conceived the idea of producing antibodies from mixed human-murine gene sequences that could be modified later to replace the murine portions and avoid HAMA response. To do this, they created transgenic mice with only part of the gene (the "mouse variable sequence") substituted for the human part (the "human variable sequence")  – hence mice with DNA containing a "reverse chimeric locus". This approach produced mice which were not "immunologically sick" and the HAMA response could be avoided by subsequently replacing the murine region (the "mouse constant region") in the resulting antibodies with a corresponding human constant region. However, Kymab contended that the introduction of the reverse chimeric locus into the mouse DNA, which required a targeted approach to introducing all the relevant material at the right location in the genome, presented a challenge to the skilled person, a challenge which Regeneron's patents left too much to the reader to solve, in particular that they would not know how to introduce DNA in a targeted way across the whole range of the sequence lengths covered by the claim. Much of the evidence in the lower courts centred on one of the examples in the method patent (Example 3) and whether this could have been put into effect at the priority date without undue burden.

At first instance the Patents Court found Example 3 could not be put into effect without undue burden and without invention. It found that the reverse chimeric locus was not a principle of general application that could be followed but rather a result achieved when a targeted method could be made to work. The Court of Appeal disagreed. The Court of Appeal considered the reverse chimeric locus described by the patent was a unifying principle of general application that was a major scientific contribution and would justify a broad claim. The principle of general application could be followed and the patents broad monopolies were justified, notwithstanding the difficulties with Example 3. While there were problems with the information provided, e.g. in Example 3, this was not fatal to the claim because the Court of appeal held that there was an obvious way in which the skilled person could have overcome the inadequacies of Example 3 and other deficiencies in the specification.

In the Supreme Court yesterday, Kymab's counsel Mr Ian Purvis QC told the court that "in a nutshell the law of sufficiency requires that to justify a patent monopoly the patent must provide enough information to ensure the skilled reader at the priority date can, without the need to make further inventions and using only the information provided and his common general knowledge, fully implement the invention across the full scope of the monopoly". In this case, he argued, even on the Court of Appeal's findings, "only a small subset of the claimed range was actually made available [i.e. by the information given in the patent] without making inventions or with undue effort". Mr Purvis referred to the fact that Regeneron's publication of their successful real-world production of transgenic mice had followed around ten years after the priority date, coming after Kymab's high-profile publication in Nature which had set out Kymab's successful technique (which differed in some respects from that of Regeneron).

Mr Purvis acknowledged that in the early years of the EPC, both the EPO and English Courts had not required patents to provide information to reproduce the invention across the entire claim scope but rather required only that information be provided to produce one thing covered by the claim. As he pointed out, however, this approach had been rejected in both jurisdictions around 25 years ago.

As Mr Purvis began to explore the legal history of this, the Supreme Court judges sought a cogent explanation of what was meant by a "principle of general application" referred to in much of the case law. Mr Purvis referred to an element of the claim which is expressed in general terms and is enabled. He gave the example of a "connecting means" in a mechanical patent – something that any skilled reader would understand and be able to choose for himself which particular connecting means to use.

As applied to this case, Mr Purvis contrasted the position of a patentee who provided sufficient information to work the invention across the scope of the claim even if, later, some further inventions made would be covered by the claim with a patentee who provides limited information and leaves a substantial portion of the claim's scope to be filled in by others making their own inventions later. He also emphasised that the "invention" the focus…