The English Court of Appeal decision in CAA v Jet2.com may mean that not all communications by in-house lawyers will be covered by legal advice privilege 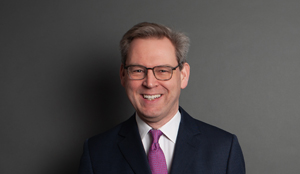 Earlier this year the English Court of Appeal, in an important judgment on legal advice privilege(“LAP”)[1] clarified that a "dominant purpose" test applies when assessing if a communication or document is protected by LAP. In this briefing, we look at the practical implications of this decision for in-house lawyers, particularly those who have a dual commercial and legal role, and at the importance, especially now, when major commercial and legal decisions are being made remotely, of keeping legal and commercial advice separate to avoid the risk of privilege being lost.

Background to the Court of Appeal decision

The dispute arose out of a press release issued by the Civil Aviation Authority (the UK's aviation regulator (the "CAA")) in December 2017, in which the CAA criticised Jet2.com Limited ("Jet2.com") for its decision not to participate in an alternative dispute resolution scheme for consumer complaints. After the CAA and Jet2.com had exchanged letters relating to the press release, the CAA provided copies of those letters to a national newspaper, which were then published in the UK.

In April 2018, Jet2.com commenced a judicial review of the CAA's decisions both to criticise Jet2.com in the CAA's press release and for facilitating the publication of private correspondence. As part of the claim Jet2.com made an application for specific disclosure, seeking several categories of documents, including all drafts of a letter which the CAA had sent to Jet2.com on 1 February 2018. That letter was the CAA's response to Jet2.com's objections to the CAA's conduct.

The question for the Administrative Court was whether those drafts and other records of internal discussion of those drafts, including those copied to and commented upon by the CAA's in-house lawyers, were protected by LAP.

Mr Justice Morris granted Jet2.com's application, and found that certain documents over which the CAA had claimed LAP were not for the "dominant purpose" of obtaining or receiving legal advice.[2] In doing so, the Judge held that a dominant purpose test applied not only in assessing litigation privilege but also where a party seeks to rely on LAP. The CAA appealed the Judge's rulings to the Court of Appeal.

Key issues for the Appeal Court to determine

The Court of Appeal upheld the judge’s findings and clarified a number of key issues in respect of the test for LAP which are particularly relevant for in-house lawyers. There were three main issues for the court to determine in relation to this aspect of the case[3]:

The Court of Appeal's findings on the authorities

The Court of Appeal considered the previous authorities, summarising the position by noting that consideration of LAP has to be undertaken on the basis of particular documents, not simply according to the role or brief of the relevant lawyer. Where the brief or the role of the lawyer is as a lawyer, most communications to and from the client are likely to be sent in a legal context and are likely to be privileged; a broad approach is taken to the “continuum of communications”. Nevertheless a particular communication may be outside the usual brief or role as a lawyer and therefore may not be privileged. Likewise, where the brief or role is as a commercial person, as opposed to a lawyer, a particular document may still be within the scope of LAP if it is specifically drafted in a legal context.

The Court said that the breadth of the concepts of legal advice and continuum of communications must be taken into account. But that whilst context is important, the court is unlikely to be persuaded by fine arguments as to whether a specific document falls outside legal advice, as the legal and non-legal may be so intermingled as to make distinguishing between the two impossible and, in that scenario, the court will look at the document as a whole to asses its dominant purpose. However, where the legal and non-legal can be identified and the communication severed, the parts covered by LAP will be redactable but the rest will be disclosable. Finally, a communication to a lawyer may be covered by privilege even if express legal advice is not sought, as a clients must keep their lawyer acquainted with the circumstances of a matter on the basis that the lawyer will provide legal advice when appropriate.

In relation to this issue, the Court again went through the authorities and, although said that it was not bound by them, noted that the majority implied that a dominant purpose test already exists for LAP and so these were of persuasive authority. As a result, the Court concluded that for LAP to apply to a particular communication or document, the party claiming the privilege must show that the dominant purpose of that communication or document was to obtain or give legal advice.

The Court of Appeal set out an approach to take when assessing whether e-mails addressed to both lawyers and non-lawyers fall within the scope of LAP and, in particular, how to apply the "dominant purpose" test to these type of communications. This is a key element of the appeal and of real practical concern to all in-house lawyers. Whilst the Court's approach to these multi- addressee e-mails is helpful on the whole, some areas are confusing and difficult to apply. The key part of the guidance is as follows:

The Court held that where LAP protects the underlying legal advice, it also protects a communication or document which passes on, considers or applies that legal advice. The Court reiterated that whilst an email and attachment is one communication, the attachment itself must be considered separately and if not originally privileged, does not become so just because it is attached to an email that is privileged. Conversely the attachment may be privileged, but the email may not be. This is not new law.

The Court went to great lengths to emphasise that the "dominant purpose" test is not intended to weaken protection for lawyer to client communications, and even made clear that situations in which such a communication falls outside of privilege would be limited. However, there are key points which in-house lawyers should be aware of to limit the risk of falling on the wrong side of the line: