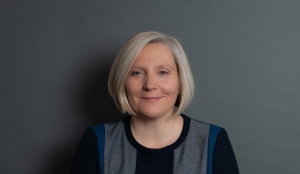 Why is that happening and what should you do if you receive one?

In recent weeks and months we have seen a surge in the numbers of applications for account freezing orders, particularly by HMRC.  Freezing orders are one of a number of different tools that can be used by state agencies to prevent the dissipation of funds that they believe have been obtained by unlawful conduct.

Whilst account freezing orders are also used extensively by other law enforcement agencies, HMRC seem to be using them with increasing frequency.  In May 2020, the Financial Times reported that HMRC froze 166 bank and building society accounts in the 2019/20 tax year as opposed to only 60 accounts the previous year.

The orders are also widely used by the National Crime Agency, who last year froze a sum in excess of £200 million.  It is surprising that the Serious Fraud Office do not seem to apply for freezing orders as frequently as the other agencies, given that it investigates the most serious fraud and financial crime cases.

Section 16 Criminal Finance Act 2017 amended Part 5 of the Proceeds of Crime Act 2002 (POCA) and sets out the provisions for applying for Account Freezing Orders.  Also included are the powers of enforcement agencies to subsequently apply to forfeit monies held in accounts subject to a freezing order.

A senior enforcement officer may apply for a freezing order in the magistrates' court.  The orders apply to personal and business accounts, providing the balance is above £1,000.  The court will consider, on the balance of probabilities, whether there are reasonable grounds to suspect that money contained in the account has been obtained by unlawful conduct or is intended for use in unlawful conduct.

After the account has been frozen the money may be forfeited.  Money in frozen accounts can be seized using forfeiture orders if the court is satisfied that the money is recoverable property or is intended by any person for use in unlawful conduct.

Alternatively, an account forfeiture notice can be issued.  This will specify the money that is to be forfeited and a period of time for any objection to be raised to that process.  If there is no objection then it is likely that the order will be made.

An order can be appealed, within 30 days of the forfeiture order being made.

One of the reasons that account freezing orders are so popular is because they are relatively easy for the authorities to apply for compared with alternative orders.

The Criminal Finance Act 2017 also introduced Unexplained Wealth Orders (UWO).  UWO's have been used much less often but have proven to be the more glamorous cousin so far as the press are concerned.  Nicknamed the 'McMafia' orders, UWO's have a much higher profile in the media than account freezing orders, largely because of the facts of the cases that the NCA have chosen.

There is also no requirement for a criminal investigation to be underway, or reasonable grounds to suspect the individual has benefitted from criminal conduct as for a restraint order under s41 Proceeds of Crime Act.

What should you do if you receive an Account Freezing Order?

It is important that you instruct a solicitor, immediately, upon receipt of an account freezing order.

It is possible to make representations at an early stage, in some instances, to the enforcement officer to show the lawful origin of the funds.

An application to vary or set aside an order can be made by the enforcement officer or any other person affected by the order. Innocent third parties are often affected by account freezing orders and will want to instruct solicitors in order to apply for the release of those funds.  Anyone with a legitimate interest in funds contained in a frozen account can apply to vary the freezing order to ensure the return of those funds that belong to them.

If you are the subject of an account freezing order, the court has the power to make exclusions from the prohibition on making withdrawals from the frozen account.  Applications can be made in order to allow for living expenses, reasonable legal expenses or to carry on a business. However, careful consideration and preparation is needed for such applications as they are likely to be met by strong opposition from the enforcement agency that applied for the order.

Those affected by an account freezing order should also seek advice as a matter of urgency to discuss potential implications for underlying criminal charges being brought in the future.