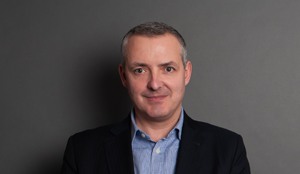 As you know, the UK left the EU on 31 January 2020. However, as part of the Brexit process, a transition period was agreed until 31 December 2020 (referred to as “IP Completion Day”), during which time the UK remained subject to EU laws and was treated as part of the EU. This meant that the effects of Brexit weren’t really felt until 1 January 2021.

So, now that Brexit has become effective, what does this mean for your trade mark protection in the UK (and EU)? A brief summary of the main issues is set out below.

What happens to the rights given by EUTM registrations?

For every EUTM registration in force at 31 December 2020, an equivalent UK "cloned" right was created automatically on IP Completion Day. The same applied for EC designations of International Registrations. There was no fee payable for these rights.

While it was not possible for EUTM owners to opt out of acquiring these cloned UK rights in advance of IP Completion Day, it is now possible for owners who do not want the cloned UK right to complete an opt out form now that IP Completion Day has passed. An example of where an owner might not want a UK cloned right is where this would be in breach of an existing agreement, but we do not expect that many opt out forms are going to be completed.

Of course, EUTM registrations still provide protection in the remaining 27 EU Member States: this is not affected in any way by Brexit.

What about pending EUTM applications?

Although no automatic UK cloned right was created, there is a nine month "grace period" (ending on 30 September 2021) within which UK equivalent rights can be applied for, claiming the filing / priority / seniority dates relevant to the EU-wide registration. No notification of this right to apply for an equivalent UK right will be sent to the owners of EU-wide applications, so this period will need to be monitored to ensure that the deadline isn't missed. The usual fees payable for UK trade mark applications will apply.

The timing of the UK application will need to be considered carefully. Normally applying quickly makes sense, so that a UK registration can be obtained as quickly as possible, but there will be circumstances in which there will be a benefit to slowing down this process. It should however be noted that delaying filing could mean that someone else is able to acquire a conflicting right in the meantime that will need to be dealt with later.

When do UK cloned rights needed to be renewed?

This all depends on the renewal date of the EU-wide registration the UK cloned right is based on.

What happens to oppositions and cancellation actions?

Brexit will have little effect on ongoing UK oppositions or cancellation actions. This is because the rights relied on, whether UK or EU-wide, still give protection in the UK after IP Completion Day. The only exception to this is if an action is based on a pending EUTM application, where a cloned right is not created automatically. These oppositions should be suspended until a new UK application is filed and makes its way through to registration.

Brexit does however have an impact on existing EUTM oppositions and cancellation actions. Where an action was based solely on UK rights, that action was dismissed after IP Completion Day. It is still possible to bring a new cancellation action against the relevant EUTM registration, but only based on rights within the EU.

Oppositions or cancellation actions filed against an EU-wide right after IP Completion Day do not affect the UK cloned right arising from the EU-wide right (whether automatically created or as the result of an application for an equivalent right as detailed above). This means that, if the UK cloned right is to be attacked, separate proceedings will need to be brought in the UK.

Does use and reputation in the UK count as use in the EU, and vice versa?

The same considerations apply for reputation in UK actions: reputation in the EU will be taken into account right up to IP Completion Day in UK proceedings as detailed above for use.

This note does not intend to cover every trade mark related issue that Brexit creates, and the above points are only a brief summary of the issues covered, so detailed advice should be obtained if you have any questions on the impact Brexit has had on your trade mark protection.