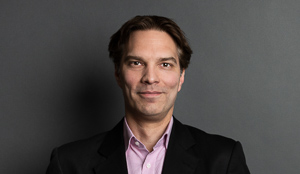 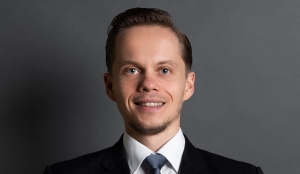 Read about the latest Tax Updates in Finland:

The Marin government has proposed a temporary additional deduction for R&D-related research cooperation expenditures for the tax years 2021–2025. The deduction is a direct tax incentive designed to encourage businesses to cooperate with research and knowledge-dissemination organizations.

When applicable, the R&D expenditure (so-called subcontracting invoice) could be deducted by 1.5 times its size in taxation and it would apply during the tax years 2021–2025. An additional deduction is applicable if the eligible expenditure is EUR 10,000 - 1,000,000, i.e. the actual tax benefit from the deduction will not exceed EUR 100,000 per annum. The deduction can only be applied for the part of the expenditure for which no direct public funding has been received.

Businesses that cooperate in research with a research organization as defined by law, would be entitled to an additional deduction. The additional deduction would exclude e.g. donations, subcontracting of training and other expenses related to R&D projects, such as salaries of own employees. A further condition for the deductibility of a subcontracting invoice would be that the related contracts have been concluded after the proposed law has entered into force. The law is proposed to enter into force on 1 January 2021.

The Provisions on Share Issue to Employees Enter into Force

From the beginning of 2021, the employer company may direct a share issue to the majority of the personnel by utilizing the adjusted mathematical value of the shares in the manner that employees will not receive any taxable benefit. Currently, a discount exceeding 10% of the fair market value, which is especially interpretative for unlisted companies, has led to earned income taxation of the employees subscribing the shares, even if the share issue would have been directed to the majority of employees.

The new provision may turn out to be a pivotal and useful tool in remuneration of employees. The provision has been subject to active discussion even before the enactment of the provision in December 2020, and we have been already involved in planning incentive schemes utilizing the new provisions in practice.

Changes to Side Costs Regarding Employee Dividends and Employee Options

In the Future, a Foreign Corporation Will be Generally Liable to Tax in Finland Also Based on the Place of Effective Management

An entity registered or established in Finland has consistently been considered a Finnish entity and therefore having an unlimited tax liability in Finland. In future, also a foreign corporation whose place of effective management is in Finland would be considered to have the unlimited tax liability in Finland. Earlier the place of management may have constituted Finland the right to tax, but the taxing right has been limited only to the part of income that is connected with the permanent establishment generated in Finland due to the place of management.

The amendment is due to enter into force in the beginning of the year 2021 and will mainly be applied for the first time on taxation of the fiscal year 2021.
The proposal contains many interpretive elements and it can have numerous effects on, for instance, the application of the provisions of tax treaties, the formation of a permanent establishment, losses, and possibly exit taxation.

Possibility to Use Group Tax Deduction

According to the Government’s proposal, the final losses of an at least 90-percent-held subsidiary residing in another EEA state would be taken into account by a so-called group deduction on the taxation of the Finnish parent entity. The proposed legislation would allow the final losses of a subsidiary to be taken into account under the conditions laid down in legislation in accordance with the requirements of EU law.

The Changes of Energy Taxation of 2021

The industrial electricity tax will be lowered to the minimum rate allowed by the EU during the year of 2021. At the same time, however, the tax rebate system for the energy-intensive companies will be abolished in phases over a four-year transition period, ending companies’ entitlement to energy tax rebates in 2025. In addition, the taxation of fuels utilized for the purposes of heating, power plant and machinery is proposed to be increased and the tax aid for combined electricity and heat production is proposed to be reduced.