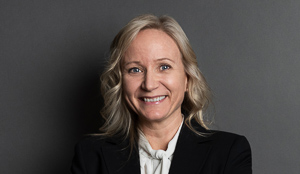 According to the Permanent Secretary of the Ministry of Economic Affairs and Employment ("Ministry"), the Ministry will examine whether the turnover thresholds of Finnish merger control should be amended. Another issue to be considered is whether the Finnish Competition and Consumer Authority ("FCCA") should be given the power to examine mergers falling below the turnover thresholds that may have negative effects on competition.

These amendments have been in the wishes of the FCCA for quite some time, which it has regularly brought to the fore in public. For instance, last autumn, the FCCA's Director-General unequivocally stated that the turnover thresholds in Finland are too high and that in addition, the FCCA should have the power to 'call in' a merger and issue an injunction to notify the merger if negative effects on competition can be identified.

The granting of the latter power was already considered in the context of sector-specific competition rules for the social and healthcare sector. The working group of the Ministry had prepared a draft for Government's proposal which, however, lapsed after the social and healthcare sector reform it was linked to collapse in 2019. According to the draft, the FCCA would have been empowered to issue an injunction to notify a merger falling below the sector-specific thresholds, if there was a specific reason for doing so. However, this power would have been limited both in terms of turnover (EUR 1 million) and time (up to 6 months after closing).

To counterbalance the uncertainty caused by this power, undertakings would have had the possibility to notify a merger voluntarily if the sector-specific turnover thresholds would not have been exceeded. It is likely that the general power to impose an injunction to notify would include similar elements that were proposed in regards to above-mentioned sector-specific power. We will keep you informed about any future developments.