Implementation of the Trade Secret Directive 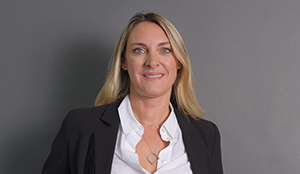 Last month, we published the first in a series of articles written by members of our International Trade Secrets Group intended to highlight particular peculiarities and points to note relating to the protection of Trade Secrets in various different countries. The principle focus of these articles is countries in which law has recently been implemented in order to comply with the Trade Secrets Directive, and if so, to also consider practical implementation outcomes.  Having started out with Finland, in the second of our series we look at the position in France, where the Directive was implemented by means of a new act and decree dated 11th December 2018 (the "Decree").

Following this implementation, the most interesting point to note is that the French courts immediately took up this new legislation to ensure the protection of Trade Secret (hereafter referred to as “TS”) in the context of judicial proceedings. Thus, in France there are already a large number of decisions that have implemented measures to protect TS in such proceedings. These decisions concern the protection of TS with regard to (i) investigative and expert measures; (ii) the disclosure of documents in a trial on the merits; and (iii) in the context of counterfeit seizures.

Some illustrative examples are set out below:

A TS is not in itself an obstacle to an investigative measure (according to Article 145 of the French Civil Procedure Code), provided that there is (1) a legitimate ground, (2) indispensable to the protection of the rights of the party who requested it and (3) it does not excessively or unlawfully infringe the rights of the other party. It is up to the judge to find a balance between the protection of business confidentiality and the law of evidence. The bailiff's investigative measure must be limited in time, define precisely the elements on which it is necessary to investigate and not be too general (Poitiers Court of Appeal, March 12nd 2019).

The Orleans Court of Appeal confirmed the decision of the judge who had "with prudence, given mission to the designated bailiff to carry out the authorized checks at the premises (...) only for the customers (...) indicated on the list provided by the defendants to the bailiff, and this precisely in order to guarantee the confidentiality" (Orleans Court of Appeal, March 21st 2019).

The first implementation of the new article (L. 153) of the French Commercial Code concerning the protection of TS during court proceedings was undertaken by the Paris Court of Appeal in April 2019, where the Court sought to protect the confidentiality of litigation proceedings related to patents by means of TS principles. The Court gave its own interpretation of the article:

Concerning the communication or production of documents: the closed circle of persons is as a principle, limited to no more than one natural person and one person authorized to assist or represent him/her;

Concerning the hearing: the oral submissions will take place in closed session;

The judge may adapt the grounds for his decision and the proceedings for its publication to the requirements of the protection of TS.

Mere statements are not sufficient to meet the conditions of the French Commercial Code. In this respect, the Bordeaux Court of Appeal recalled that the French Commercial Code firstly, sets out the three cumulative conditions for the protection of TS, which reflect the definition of a Trade Secret, as required by Article 2 of the Directive; and secondly, imposes formal conditions on the party or third party to the proceedings claiming Trade Secret protection in respect of a document, the disclosure or production of which is requested.  In accordance with these conditions (contained in Article R. 153) the applicant is required, within the time limit set, to deliver to the Judge: (i) - The complete confidential version of the document; (ii) - A non-confidential version or a summary; and (iii) - A statement specifying, for each item of information or part of the document in question, the grounds on which it is considered a business secret.  If these conditions are not met the TS assertion shall be inadmissible (Bordeaux Court of Appeal, September 24th 2019).

3) The protection of TS in the context of counterfeit seizures

The Paris Court considered that, in addition to the documents collected, confidentiality could also be extended to information in the minutes of proceedings from these same documents (Paris Court of Appeal, June 7th 2019).

Furthermore, the Judge is required to assess the merits of a seizure application solely in the light of the conditions of article 145 of the French Civil Procedure Code, which provides that "If there is a legitimate reason to preserve or establish before any trial the evidence of facts on which the resolution of a dispute may depend, the legally admissible measures of inquiry may be ordered at the request of any interested party, on application or in summary proceedings". However, if the documents collected are documents located on a computer for professional use (in this case used by a company employee), the company may legitimately implement the protective measures provided for in Articles L. and R. 153 et seq. of the French Commercial Code, as referred to above (Versailles Commercial Court, September 05th 2019).

The Paris Court of First Instance also considered that a document collected (the outline of a European patent) identified as "confidential" could be subject to limited access to a confidentiality circle composed of the parties counsel and a representative of each party, and this access would be limited solely to the dispute in progress and prohibited for any other proceedings (Paris Court of First Instance, August 28th 2019).

This selection of recent decisions shows that the French courts have immediately seized the opportunity to protect TS during the course of proceedings.  This is an important step forward due to the fact that it was difficult to obtain protection for TS previously in French proceedings, because the law did not allow for it.  As a result plaintiffs can now pursue TS breach claims more readily, and with more confidence, albeit with discernment and vigilance as the law is still unclear on some points, and contains some pitfalls, which need to be avoided.