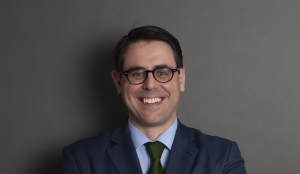 Welcome to the spring edition of the Energy Management update. This edition looks at the recent development that have been carried out on the UK in regard to wider heat decarbonisation policy, what how these changes could potentially impact the Renewable Heat Incentive (RHI) going forwards.

The Government has announced the launch in autumn 2018 of the £320 million Heat Networks Investment Project, which will offer loans and grants to both the public and private sectors in England and Wales for the development of heat networks serving two or more buildings.

In providing the funding, the Government has identified a number of barriers restricting the development of good quality heat network projects. These include:

a) a lack of information on the risk profile of heat network investment, which adversely affects investor perceptions of risk;

b) a funding gap between hurdle rates and project internal rates of return;

c) lack of understanding of the technology by end users; and

This £320m fund is being provided as ‘gap funding’ which aims to overcome the barriers above and leverage in around £1bn of private and other investment in order to support the design and construction of heat networks, which the Government believes could meet 17% of heat demand in homes and up to 24% of heat demand in commercial and public sector buildings by 2050.

After several years of making progress to decarbonise and reduce emissions in the electricity sector, there is now an increasing focus now decarbonising heat, a sector where it has been particularly difficult to reduce carbon emissions. In particular, decarbonising heat was a central feature of the Government's Clean Growth Strategy published in October 2017. This has also been echoed by the Climate Change Committee which has said that meeting the UK's target of reducing greenhouse gases by 80 per cent between 1990 and 2050 may be impossible without a near complete elimination of emissions from heating homes and businesses and most recently by Energy UK which has called for bolder policy action to accelerate the roll out of green heat systems in a report published in early April.

Bird & Bird has a leading practice advising stakeholders on a variety district heating projects, including over 30 heating, cooling and/or power projects servicing over 40,000 new homes, 550,000m² of commercial space and 300,000m² of retail and leisure space.

The new draft London Plan (the "Plan") was published by the Mayor of London in December 2017 and recently closed to public consultation in March 2018. The Plan sets out the Mayor's overall strategic plan for London and its integrated economic, environmental, transport and social framework for the next 20 – 25 years. The Plan is legally important as it forms part of each of London's local authorities' development plans and must be taken into account for any planning decisions that are taken in London.

Sustainable Infrastructure is one of the chapters of the Plan and sets out a number of policies associated with this. In terms of energy infrastructure, there is a very strong focus on the development of heat networks. Energy "masterplans" are to be developed for large scale development locations to establish the most effective energy supply options and identifying and dealing with heat loads comprise over 50% of the considerations that such masterplans should cover. More generally, the policy requires all developments to connect to existing heat networks, wherever feasible.

Crucially the Plan identifies a number of "Heat Network Priority Areas" where heat density is sufficient for heat networks to provide a competitive solution for supplying heat to buildings and consumers. In fact, a significant majority of London falls within the boundary of a Heat Network Priority Area. The Plan recommends major development proposals within such Heat Network Priority Areas should have a communal heating system. The central heat source for such networks must be selected in accordance with the hierarchy set out in the Plan which prioritises connecting to local existing or planned networks followed by using available local secondary heat sources. Low emission CHP plants and ultra-low NOx gas boilers are at the bottom of the hierarchy. This is interesting given that a large number of existing heat networks are powered by such sources. There are further requirements to ensure that new heating systems that are beyond existing heat networks are designed to facilitate future connection. The focus on heat networks is further supported by the Plan's policy around waste capacity which requires the development of waste to energy facilities to be equipped with a heat off-take capability from the outset such that a future heat demand may be supplied without the need to modify the plant or require unplanned shut downs.

The next step for the Plan will be to hold the Examination in Public – likely to be in autumn 2018 - following which a report will be produced recommending changes (or not) to be made to the Plan for the Mayor's consideration. Whatever the outcome, it's clear that heat networks and promoting their development is a key pillar to the Mayor's policy for sustainable infrastructure and they present interesting market opportunities for stakeholders in both the private and public sectors.

The National Audit Office (NAO) published a report at the end of February, Low-carbon heating of homes and businesses and the Renewable Heat Incentive (RHI).

The NAO concluded that Department for Business, Energy and Industrial Strategy (BEIS) “has not achieved value for money” with the scheme – for example, the NAO found that BEIS and Ofgem did not have a reliable estimate of the amount overpaid to non-compliant participants and that the scheme is susceptible to “gaming” (whereby participants use heat to warm empty buildings or install multiple boilers to take advantage of the higher tariff rate for smaller units).

However, the NAO also praised the government for showing flexibility in rolling out the scheme, taking account of strategy changes and adjusting planning assumptions (take-up of the scheme has been much lower than anticipated) and introducing measures to control costs.

The NAO recommends that BEIS should set clear goals and milestones for its objective of developing the supply chain and work with Ofgem to develop additional measures that provide further information on scheme delivery and improve management of the risk of fraud, non-compliance and gaming.

Following publication of the report, the RHI was defended by the Anaerobic Digestion and Bioresources Association and Renewable Energy Association, who both highlighted the scheme’s support for renewable heat installations and its contribution to decarbonisation of our heating sector and new, low carbon job creation.

BEIS has already begun to work with Ofgem to cut fraud and reduce non-compliance through improvements to monitoring and compliance processes (such as introduction of a central assurance team and improvements in targeted audits on participants) – in addition, the regulations have been changed and new guidance issued.

However, this may not be enough to ensure the scheme’s long-term survival for new participants (the scheme currently has a budget for new applicants until March 2021).

As this newsletter shows, much work is being carried out on the UK’s wider heat decarbonisation policy, and we wait to see the impact of that work on the RHI going forwards.

BEIS acknowledges that it needs to increase rates of renewable and low-carbon heating in order to meet the UK’s carbon reduction commitments and so it is currently considering research and evidence on how to do that best, both in the shorter and longer-terms.

For instance, on 12 April, BEIS has published a report examining which market models and regulatory frameworks could support a cost-effective, low carbon gas system in 2050 – the scenarios considered are:

The report aims to understand the strengths and weaknesses of each model and consider the risks, uncertainties and barriers presented by a transition to a low carbon gas system, with options for managing/overcoming those hurdles – the report does not aim to provide recommendations.

BEIS also published research into: domestic hydrogen appliances; development of technologies and feedstocks for biomass heating up to 2050; and a study into the potential role of hybrid heat pump systems within the UK’s long-term decarbonisation of domestic heat.  In addition, it published a review of how different countries provide heating and cooling, including where there might be opportunities for learning.

The research and reports can be downloaded here. They should be read alongside the Call for Evidence published on 19 March which focuses on action during the 2020s to “build on the gains made by the Renewable Heat Incentive and decarbonise off gas grid buildings, heated by high carbon fossil fuels such as oil and coal … to reduce the barriers to installation of clean heating, reducing reliance on subsidy, while preparing the ground for future policy approaches that could include regulation”.  The Call for Evidence closes on 11 June, and BEIS states that it will use the evidence received “to design and implement a clear framework that will follow on from the Renewable Heat Incentive, once it closes to new applicants, for domestic and non-domestic buildings through to the 2030s”.