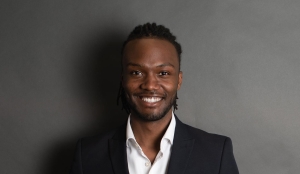 On 16 March 2018 the High Court dismissed a Claim brought against Ryanair by Bott & Co. – a firm of solicitors familiar to many in the industry as prolific processors of flight delay compensation claims. The firm sought to protect its interest in fees due from clients to whom Ryanair paid compensation under EU Regulation 261/ 2004.

In a decision that will likely be welcomed by airlines, the court held that: (i) Bott & Co was not entitled to a lien over the amount of its costs, and (ii) provisions in Ryanair's Terms of Carriage limiting the circumstances in which the airline would engage with third party claims were enforceable.

The claim arose following Ryanair's implementation, in February 2016, of a new policy on third party claims. The airline ceased dealing directly with solicitors firms or claims management companies except in limited, specified circumstances. In summary, Ryanair's approach was to:

This approach made life more difficult for some claimant firms. For example, on several occasions they issued proceedings on behalf of passengers who, unknown to them, had already settled their claim with Ryanair. Most importantly, paying passengers directly meant that the firm lost the opportunity to deduct its fees from the pay-out before passing on the balance to the passenger. Instead the solicitors were forced to pursue their clients for subsequent payment, which was only forthcoming in around 70% of cases.

The Judge summarised the three issues he was asked to rule on:

The Judge answered all three questions in the negative. Although solicitors are obliged by professional conduct rules to communicate directly with lawyers rather than their clients, Ryanair is not a firm of solicitors, and compensation claims are not dealt with by legal professionals, unless proceedings are issued.

In relation to direct payment and indemnity, it was held that Bott & Co. was entitled to neither. A solicitor is only entitled to a lien for costs if a fund arose from his efforts or activity as a result of litigation or arbitration. The vast majority of claims submitted by Bott & Co. had not even involved a negotiation.

The court also rejected Bott & Co.'s arguments that Ryanair's terms were unenforceable due to (i) Article 15.1 of Regulation 261, or (ii) Article 3 of the Unfair Contract Terms Act. The Judge was of the view that the relevant section "neither puts a material obstacle in the way of making a flight delay compensation claim nor results in the passenger receiving less than she is entitled to recover". On the whole, the provision was "fair and reasonable".

Ryanair's success may lead to other airlines seeking to take a similar approach when it comes to third party claims. Many airlines have described the intervention of third party claims firms in the compensation process as adding to their administrative burden and potentially damaging their relationships with customers. However, with an appeal outstanding to the Court of Appeal, there may yet be further developments.