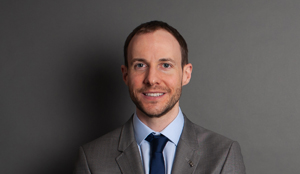 Yesterday afternoon a Grand Committee of the House of Lords unanimously welcomed the draft Unified Patent Court (Immunities and Privileges) Order 2017 at a debate for the Committee to consider the Order (see here), strongly indicating that it will receive approval from the House.

Lord Henley, the Parliamentary Under-Secretary of State at the Department for Business, Energy and Industrial Strategy, explained that the Order confers legal status on the Unified Patent Court (UPC), as well as providing a limited set of privileges and immunities to the court, its judges and staff. He commended the draft Order to the Committee on the basis that it will provide a cost-effective way for British businesses to protect their inventions across Europe without the need to rely on the existing fragmented system. Both Conservative and Labour peers spoke in favour of the UPC and welcomed the Order. Baroness Wilcox, the UK's Minister for Intellectual Property from 2010-2012, stressed the importance of Intellectual Property to the UK and assured the Under-Secretary of State that ratifying Order would not "cause us any difficulty over the next few months".

Approval of the draft Order by the House of Lords has not been guaranteed. It represents a more significant step on the path to ratification than the approval given to it by the House of Commons on Tuesday, which was a mere formality after the draft Order was approved by the Delegated Legislation Committee last week; and given that the House of Commons has not rejected a Statutory Instrument since 1978. The remaining hurdles to ratification comprise just two steps: (i) official approval by the House of Lords (with no further debate), which, given the comments of the Grand Committee, is very likely to be given; and (ii) approval of the draft Order by the Privy Council. During the Grand Committee debate Lord Henley opined that this latter step should happen in the New Year as the draft Order has probably missed the Privy Council's last December meeting.