New Package Travel Directive: the UK's consultation draws to a close but questions remain over its practical application 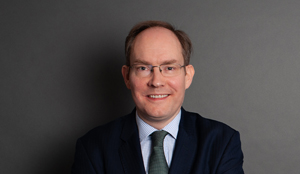 The UK government closed its consultation on the implementation of the EU's latest Package Travel Directive in September 2017. While the consultation paper gives us some indication as to how the UK intends to approach implementation, a number of important questions remain which cause some uncertainty as to how the new regime will apply in practice. This article explores some of those ambiguities.

PTD 2 as a response to innovation in the travel sector

The new Package Travel Directive ("PTD 2") was adopted by the European Union on 25 November 2015. It brings about the most significant change in the regulation of package holidays in almost 30 years, since the original package travel directive was introduced in 1990. Since then, the travel sector has changed almost beyond recognition, thanks in a large part to technological innovation. In addition to the traditional high street tour operators, travellers now have a wide range of options available to them to purchase and package their holidays, such as "dynamic packaging" where travellers mix and match elements of a holiday themselves. However, the current UK regulations – which implement the previous package travel directive – do not adequately cover these new methods of buying packages, meaning there is a gap in protection for holidaymakers. Many also contend that this gap has created an uneven playing field where new market entrants who engage in such dynamic packaging are not subject to the same regulatory obligations as the traditional package organisers.

EU Member States have until 1 January 2018 to transpose PTD 2 into national law, and it will apply from 1 July 2018. In September 2017 the UK's Department for Business, Energy & Industrial Strategy ("BEIS") closed a consultation which sought views from the travel industry on the UK government's plans for implementation of PTD 2. In its foreword to the consultation, BEIS made clear that, irrespective of Brexit, the UK government intends to implement the changes brought in by PTD 2.

The Department for Transport (which is working together with BEIS to implement PTD 2) has already consulted on its proposals to strengthen the UK's Air Travel Organisers' Licencing ("ATOL") scheme to ensure it is fully compliant with PTD 2. In January 2017 the Department for Transport published its response to that consultation, in which it concluded that it will align the ATOL regime with PTD 2. The Air Travel Organisers' Licensing Bill is currently progressing through parliament (it is due to have its third reading before the House of Lords at the end of October 2017).

The previous directive offered protection to holidaymakers who purchased a "pre-arranged" combination of travel services (e.g. a flight or train plus accommodation) at an inclusive price. PTD 2 extends this protection to cover other forms of combined travel. The definition of "package" now clearly covers the scenario where elements of a holiday are concluded with different providers, for example. It also provides examples of what "other tourist services" could be, including excursions, guided tours, ski passes and rental of ski equipment, spa treatments etc.

PTD 2 also introduces the concept of a "linked travel arrangement" (or "LTA"), a looser combination than a package, which involves a trader facilitating the purchase of a number of travel services from different providers. For example, if an airline sends the traveller an email confirming a flight booking, which also includes a link to the booking website of a hotel at the flight's destination, and the traveller books that hotel within 24 hours, the combined arrangement amounts to an LTA.

What does this mean for travel companies who now fall within the scope of PTD 2? They may be subject to new obligations, of varying burden. Some appear less onerous, such as the requirement to provide certain information to travellers, although as we note below, this is not necessarily straightforward in practice. Elsewhere PTD 2 imposes new requirements to provide insolvency protection, or to ensure travellers are repatriated if there is a problem on their holiday.

What do we know from the consultation?

PTD 2 is a maximum harmonisation directive, which means that EU Member States do not have much flexibility on its implementation into national law. BEIS has made clear that it intends to transpose most of PTD 2 into domestic law using "a copy out approach". This means the implementing regulations will not offer much additional guidance on how the new regime is to apply in practice.

The consultation summarises the UK's proposed approach in respect of the areas where it does have some flexibility. For example, PTD 2 imposes performance obligations on "organisers", whether or not they individually perform all elements of a package. Under PTD 2 Member States may choose whether to make the "retailer" of a package also responsible for the performance: BEIS has indicated that it does not intend to extend that burden to retailers.

The consultation also indicates that the UK intends for the new regime to apply to any sales made from the date the implementing regulations come into force (and not to holidays taken after that date, but booked before).

In our view, a number of terms used in PTD 2 (which we can expect to appear in the UK's implementing regulations) may still cause confusion in terms of the precise application of PTD 2. For example:

While the consultation has given us some clues as to how the UK intends to approach implementation of PTD 2, in order to understand how it will apply in practice, further guidance is needed in relation to a number of points.

Of course, this is now set against the backdrop of the UK's largest peacetime repatriation of passengers, as a result of Monarch's administration. The topic of protection for holidaymakers is therefore very much at the forefront of the public consciousness. The UK government is currently considering responses to its consultation and it will formally publish its plan on implementation of PTD 2 in due course. BEIS has indicated its intention to publish guidance to assist with compliance with the new rules, which we hope will adequately cover the ambiguities noted above.