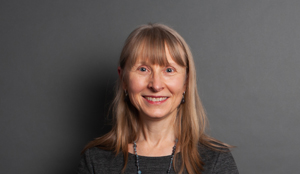 The EU’s regulatory framework for orphan drugs is set out in Regulation (EC) No.141/2000 (the “Orphan Drug Regulation”, or ODR) and implementing Regulation (EC) No. 847/2000, and has been in force for a while now with relatively few changes. However, in recent years, a number of issues which challenge the current system have emerged, and the European Commission has attempted to address some of these by amending its (non-legally binding) guidance. After consultation, a new “Commission Notice on the application of Article 3, 5 and 7 of [the ODR]” was published on 18 November 2016. This updates and replaces the 2003 Commission Communication on orphan drugs “in view of the experience acquired over the last 13 years”, introducing a number of changes:

Article 3(1)(b) of the ODR introduces the concept of “significant benefit”, whereby a sponsor seeking orphan designation for a product must, after satisfying the first of the designation criteria (generally that the product is intended for the diagnosis, prevention or treatment of a life-threatening or chronically debilitating condition affecting not more than 5 in 10,000 persons in the Community – the “prevalence criterion”), also establish:

“that there exists no satisfactory method of diagnosis, prevention or treatment of the condition in question that has been authorised in the Community or, if such method exists, that the medicinal product will be of significant benefit to those affected by the condition”.

Article 3(2) Regulation (EC) 847/2000 defines “significant benefit” as a clinically relevant advantage or a major contribution to patient care. Where an existing satisfactory method of treatment for the orphan condition already exists, and thus significant benefit needs to be evaluated (which is the case in a large majority of designation applications), the Sponsor must compare the proposed orphan medicinal product to those existing (authorised or otherwise) established treatments. Demonstration of a satisfactory significant benefit over existing treatments (usually assumed, due to lack of concrete data at the stage of assessment) may be based on improved efficacy, improved safety or a ‘major contribution to patient care’.

“ ‘Significant benefit’ should not be based on:

In contrast, the 2003 Commission Communication provided that an increase in the supply or availability of product evidenced by qualitative and quantitative proof that the existing supply is insufficient to meet patient needs could form the basis for an assumption of significant benefit; the Notice obviously raises the hurdle for designation applicants looking to establish significant benefit on the basis of increased product supply/availability. The third and fourth points above are also new clarifications of a strict approach.

The Commission’s 2003 guidance also noted that the imminent expectation of a Community authorisation as compared with the existence of a national authorisation in one or a limited number of Member States may be sufficient to maintain an assumption of significant benefit. However, this position has been removed from the Notice.

Significant benefit may also be an issue at the stage of re-evaluation of the designation criteria at the time of grant of a marketing authorisation, and here the Notice introduces more flexibility in the particular situation where two orphan designated products (for the same condition) are going through the marketing authorisation application procedure in parallel, in which case it can be difficult for the products to demonstrate significant benefit over each other:

“Where two applications for marketing authorisation for the same condition have been received by the European Medicines Agency at the same time, they might not remain in parallel. In such cases, it may be difficult for the second product to show significant benefit as compared with the first product due to the limited information available.

Where the two applications are assessed by the CHMP at the same time, the sponsor of the second product should not be required to show significant benefit as compared with the first product.

On the other hand, the second sponsor should show data supporting significant benefit as compared with the first product if the notification of marketing authorisation for it has been published in the Official Journal of the European Union at the time of the re-evaluation of the designation criteria by the COMP. The significant benefit may be based on indirect comparison”

This is a slightly different approach from that proposed in the draft Notice, which suggested that when the procedures for “simultaneous” marketing authorisation applications do not remain in parallel, the second applicant should only be required to establish significant benefit over the first product when a positive opinion for the second product is delivered by the CHMP with a difference in time of two CHMP meetings or more compared to the first product.

When the use of an authorised orphan product is extended to a new indication within the designated condition, such a variation should only be allowed after formal verification that the new indication is of significant benefit compared to existing treatments, the Notice provides:

This new approach aims to create a level playing field between the marketing authorisation holder and a new entrant seeking an authorisation for the new sub-set therapeutic indication.

Clarifications on processing the transfer of orphan designations between sponsors

The ODR prevents a sponsor from seeking orphan designation after obtaining marketing authorisation for that product. The practice of asking a third party to apply for a desired orphan designation, which is subsequently transferred to the holder of an authorised version of the same orphan product/condition, can be considered as an attempt to circumvent the intention and the purpose of the orphan legislation, the Commission noted in its consultation. Thus “to provide fair conditions of competition among all the companies concerned, it may be envisaged to lay down control mechanisms for the transfer of orphan designations between companies in that respect”, and the Notice provides that:

Encouraging the development of orphans for communicable diseases e.g. Ebola

The prevalence criterion for orphan designation, namely that the product is intended for the diagnosis, prevention or treatment of a life-threatening or chronically debilitating condition affecting not more than 5 in 10,000 persons in the Community, has previously been strictly interpreted to require a prevalence of greater than zero in the EU/EEA. The Notice now introduces a risk-based approach and clarifies that:

“A medicinal product intended to diagnose, prevent or treat a condition which affects a large number of people in certain non-EU countries, but which has a low prevalence or a prevalence of approximately zero in the EU, may be eligible for designation as an orphan medicinal product with respect to the prevalence criterion, and if all other criteria are met, eligible for the benefits set out in the Regulation. Where prevalence in the EU is currently approximately zero, account should be taken of the risk that persons in the EU may become affected.”

Interestingly, the final section of the 2003 Communication (section D on market exclusivity) has been completely removed from the new Notice. Although some of it had already been superseded and other parts clarified by case law, an opportunity to actively update the guidance and clarify recent issues has been missed. It should also be noted that a parallel consultation on the concept of “similarity” between products in the context of the ODR is still ongoing and is expected to result in amendments to the implementing Regulation in due course.